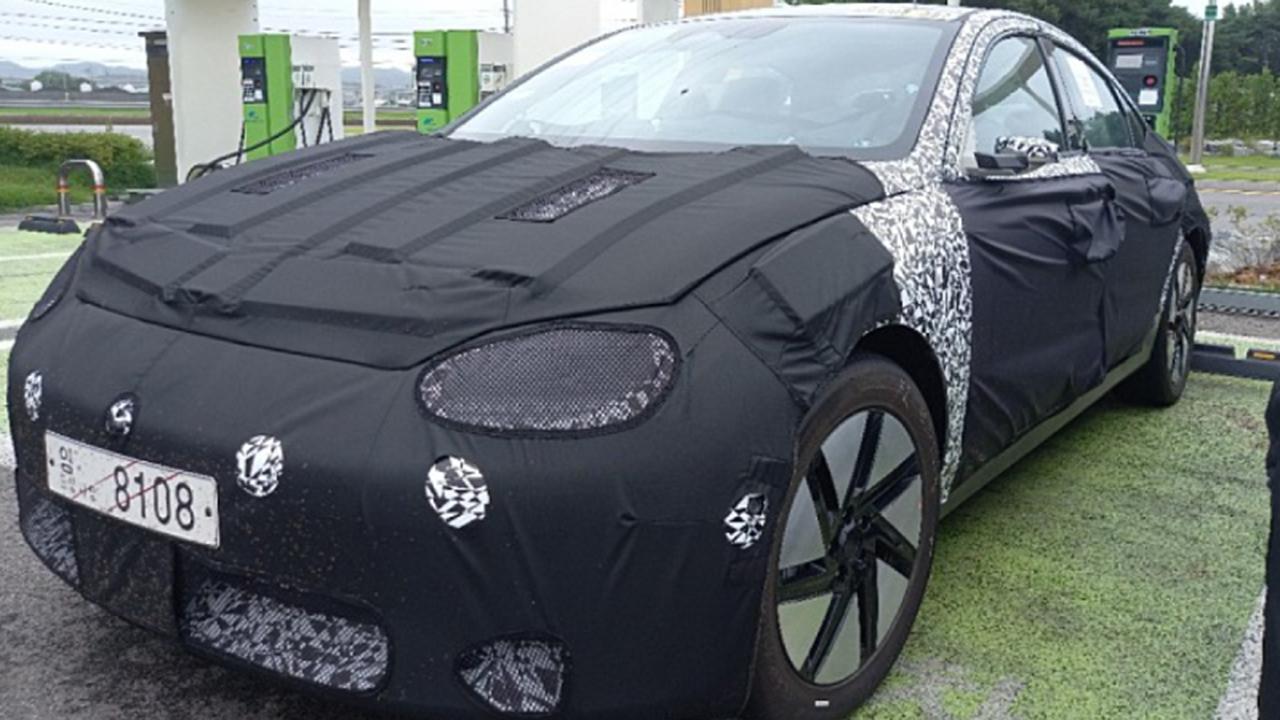 Hyundai continues to work at full capacity in the development process of its new electric car. A very interesting model that is set to rival, among others, the Tesla Model 3. It is the new IONIQ 6. Once again, it has been hunted in broad daylight. On this occasion, we have a new opportunity to peek inside.

At the moment the development process of Hyundai’s new electric car is being concentrated in distant South Korea. It has been in the Asian country where the various sightings of the new and expected electric model of the South Korean manufacturer have occurred. The new IONIQ 6. Once again, it has been hunted in broad daylight. A sighting that allows us to take a look both outside and inside.

The entry into the scene of the new IONIQ 5 is only the beginning of the electric offensive that Hyundai will carry out in the coming years. The creation of the IONIQ sub-brand
it is a true declaration of intent. The first member of this range will deal, among other models, with the Volkswagen ID.3 and the Nissan Leaf. That is, some of the best electric cars. Now, the company is ready to raise its stakes and directly attack one of the most popular electric companies globally.

Index hide
1 Spy photos of the new IONIQ 6, the expected rival of the Tesla Model 3
2 The new IONIQ 6 will use the e-GMP platform

Spy photos of the new IONIQ 6, the expected rival of the Tesla Model 3

The IONIQ 6 test sample that was photographed in broad daylight was undergoing the battery recharging process. A moment that the spy photographer took advantage of to take several snapshots of the exterior as well as the interior. In the case of the exterior, we find that it has gained camouflage and now, in addition to the characteristic black canvases used by Hyundai, you have to add the vinyl.

READ:  The 2022 Race of Champions already has a date and continues to add drivers

Regarding the cabin, the cockpit was completely covered, however, these snapshots allow us to take a look at the design of the front and rear seats. We must bear in mind that the project is quite advanced and in the short term it is to be expected that the first sightings of prototypes of the IONIQ 6 will occur in European territory.

The design of the future IONIQ 6 was advanced at the time through the Hyundai Prophecy Concept. It will adopt the design language that the brand is applying to all its new electric models. The arrival on the market of the new IONIQ 6 will be, to a certain extent, the final blow to the current Hyundai IONIQ Electric. A model whose sales have been falling over time due to the arrival of new generation models.

The new IONIQ 6 will use the e-GMP platform

In the bowels of the new IONIQ 6 is the e-GMP platform, an architecture specifically dedicated to electric vehicles. As with the IONIQ 5, the IONIQ 6 range will be made up of different engines. Current reports indicate that the most efficient version will have a autonomy greater than 500 kilometers
on a single charge.

The great launch is set for the next year 2022. South Korea will be the first market in which it is put on sale. Later it will disembark in other regions, including Europe.

How to easily collapse the Sidebar in Divi