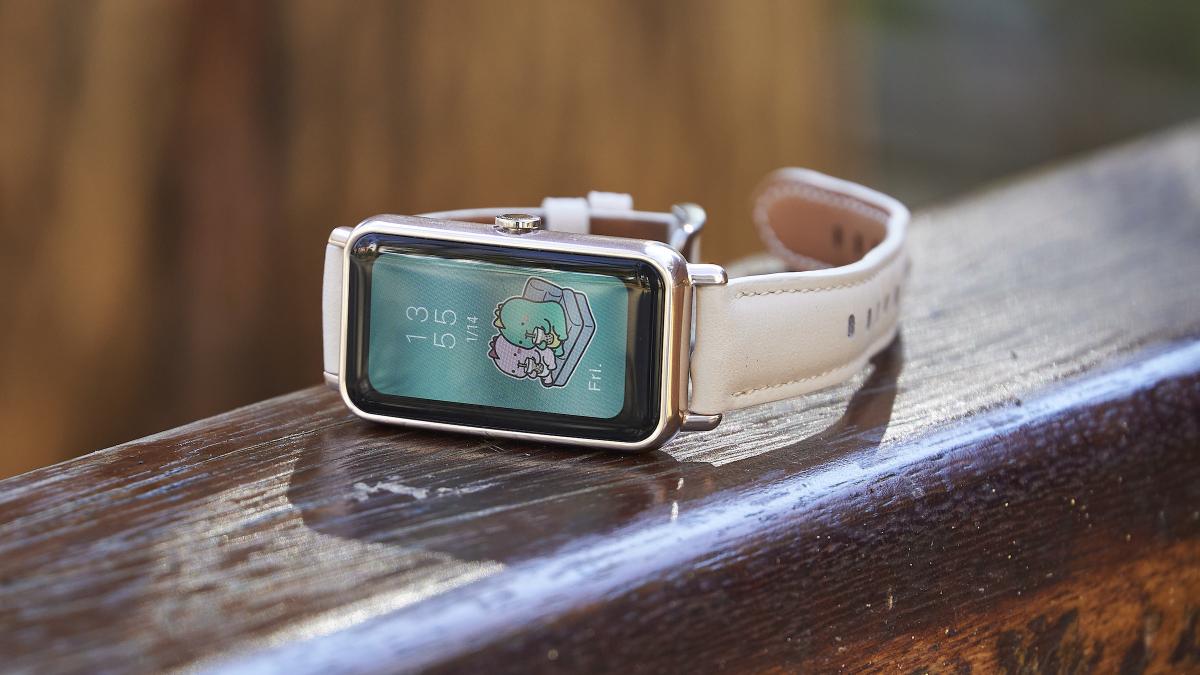 Although things are not going for Huawei in the mobile segment as they would like due to the commercial blockade of US companies, the truth is that in laptops and wearables they are hitting the key.

We have recently seen that devices such as the Matebook 14s laptop -analysis- or the Freebuds Lipstick (as far as audio quality is concerned, yes) are among the best purchase options at the moment, but If they are standing out for something, it is because of the smartwatch.

Whether they are more complex -like the Watch 3- or simpler like the Watch Fit, the truth is that they are excellent alternatives for certain types of users.

Precisely, we liked the Watch Fit Active and Elegant -reviews- a lot last year and we recommend you read that review in which we delve into all aspects of the watches, since now comes a Fit Mini that we give you our opinion below, but that is basically a shape change from the ones mentioned above.

That said, let’s go with the analysis of the Huawei Watch Fit Mini.

Sections of the analysis of the Huawei Watch Fit Mini:

Elegant design with a leather strap and a good AMOLED screen

As we have commented, the truth is that this watch does not have too much mystery neither on the outside nor on the inside.

The design lines are identical to that of the Elegant and Active, but with a screen that appears longer due to being trimmed down a bit in width.

This makes the watch more suitable for slimmer or thinner wrists, as previous models can be a bit large for some people.

In fact, I like this Huawei decision because smartwatches have left that user profile a little aside.

The case is aluminum and I think they have listened to the ‘reviewers’, as they have changed the way we can exchange the strap.

First of all, it is a quite elegant leather strap, but it also has a more conventional pin. It is not the standard size, but of course the customization options are greater than with the previous system.

The lower part is made of plastic and the screen is another of the strong points of the model both for customization and for its quality.

It’s an AMOLED panel that certainly looks good in all situations thanks to a good level of gloss and excellent color depth.

I miss an automatic brightness sensor, but hey, we have an automatism to lower the brightness at night, a do not disturb mode, screen mode always on and many spheres.

It has a good sensitivity and a curved shape both on the edges and in the rest of the ‘dome’. This makes swiping nice, but also contributes to that premium look and feel.

And, obviously, it is a touch panel, but we also have a button to activate the clock (a double touch on the screen is not worth it, but we can cover it with the palm of the hand to turn it off) that has the name of ‘Huawei’ Recorded.

A good basic smartwatch with an app for Android and iOS

I love the design and the screen, but I also think the system is really good for the price we are going to pay.

It is traced to what we found in its day in the Watch Fit Active and Watch Fit Elegant and, basically, it is a smart bracelet that takes advantage of a somewhat wider screen than that of an Oppo Band -analysis- or a Mi Band 6 – analysis-.

We can change the spheres and we have a lot to download From the mobile app, we have left and right scroll for options such as music control, see the time, the stress graph, pulse monitoring or blood oxygen in real time 24 hours a day.

Too we will be able to consult notifications and read them completely, but not respond to them in any way, we have quick settings and, by pressing the side button, the menu with more extended options.

It works fairly smoothly overall, but there are a few occasions where I notice some latency when switching between screens. It’s nothing desperate, but there it is.

However, although it works perfectly with iOS and the monitoring and weather functions are compatible with iPhone, there are things that are exclusive or Android or when connecting the Watch Fit Mini to a Huawei.

Read:  How to customize or create new text styles in Microsoft Word

I understand that the ecosystem is there and that each company wants to promote it, but for example Menstrual cycle tracking is not supported on iPhone and, being a very interesting feature, it seems like a bug to me.

There are other functions such as sending an instant message when canceling calls or controlling mobile music that are not compatible with iOS, but are compatible with Android.

We also have the remote camera shutter that is only compatible with Huawei phones, but these three options, given their importance, I think it’s good that they are exclusive to Android or EMUI.

They all do them and why not Huawei, but I find less sense in the cycle tracking thing that it is not compatible with iOS.

Sports measurement identical to that of its brothers

We are not going to go too deep into this topic because it is, again, identical to what we saw in the extensive analysis of the other two Watch Fit.

Except built-in GPS, we have the same monitoring of 96 sports than in his brothers with some very common and other sports that are much more minority, but they are there.

We can select them directly from the clock and the data seems accurate to me.

I miss that it has GPS, since that way it doesn’t drag the phone and its battery, but well, I don’t think it’s something that conditions my opinion of the device either because, anyway, with this type of device we need to leave the house yes or yes with the mobile in the pocket.

What I like the most is that in the mobile app we have a section that encourages us to meet certain objectives day by day both movement and hydration or sleep.

In short, they are good habits, it explains what the score or percentage it shows is based on and, once again, the Huawei app seems to me to be one of the best on the market in this regard.

Battery for more than a week with all the functions activated

Although in smartwatches things have gotten worse (from a huge autonomy of the first generation of the Watch to a more ‘normal’ autonomy among smartwatches with the Watch 3), in the Watch Fit range the truth is that the Chinese company It is still one of the best in its segment.

Huawei promises an autonomy of two weeks, 14 days, in the Watch Fit Mini and, to be honest, when I found out, it seemed like a lot to me considering that the space for the battery was going to be less in this model.

However, includes the same 180 mAh battery than his brothers due, I imagine, to dispense with GPS. Oh well, in numbers this translates to about 7-8 days with all features active (notifications, time, raise to activate and pulse meter, sleep and SPO2 at all times).

It seems to me a very good autonomy because it has a bright and colorful screen with an adequate resolution and, in the end, wearing it since December 24, I have charged it a couple of times.

The charge is magnetic thanks to Huawei’s own connector that comes in the box (the transformer does not come, something usual in this type of device) and that in 10 minutes charge from 19% to 56%.

In the end, the truth is that the Huawei Watch Fit Mini is a smart bracelet or ‘trimmed smartwatch’ that, on a day-to-day basis, shows itself not only as solid, but as a highly recommended option for users who want to have notifications and some health data, but they do not need to answer phone calls or messages.

The screen seems small, but the truth is that it is enough to see that a notification has arrived on your mobile, to see the details of the exercise, the time, the heart rate and, of course, the time.

The quality of the AMOLED panel is spectacular and it looks great in all situations, even in bright light. We do not have automatic brightness, which I would have liked, but the contrast and depth of colors is impressive.

The materials are also convincing and are exactly the same as those of the Watch Fit Active, being a very premium device in this sense and with a better strap management system thanks to a small pin, yes, but more universal than the one its brothers have. .

The Huawei Watch Fit Mini is a smart watch for people with very thin wrists. It has a steel case and is tremendously elegant thanks to its leather strap, but it does not forget the most athletic users and it has a continuous blood oxygen sensor, as well as a heart rate monitor.

And the good thing is that It is valid both for more athletic users and for those who simply want a smart watch and you don’t want a more complete smartwatch with which to answer calls and messages.

I miss the built-in GPS, NFC, and perhaps a slightly slimmer chin design, but I find it ideal for users with skinny wrists, a type of audience that smartwatch makers have completely turned their backs on. .