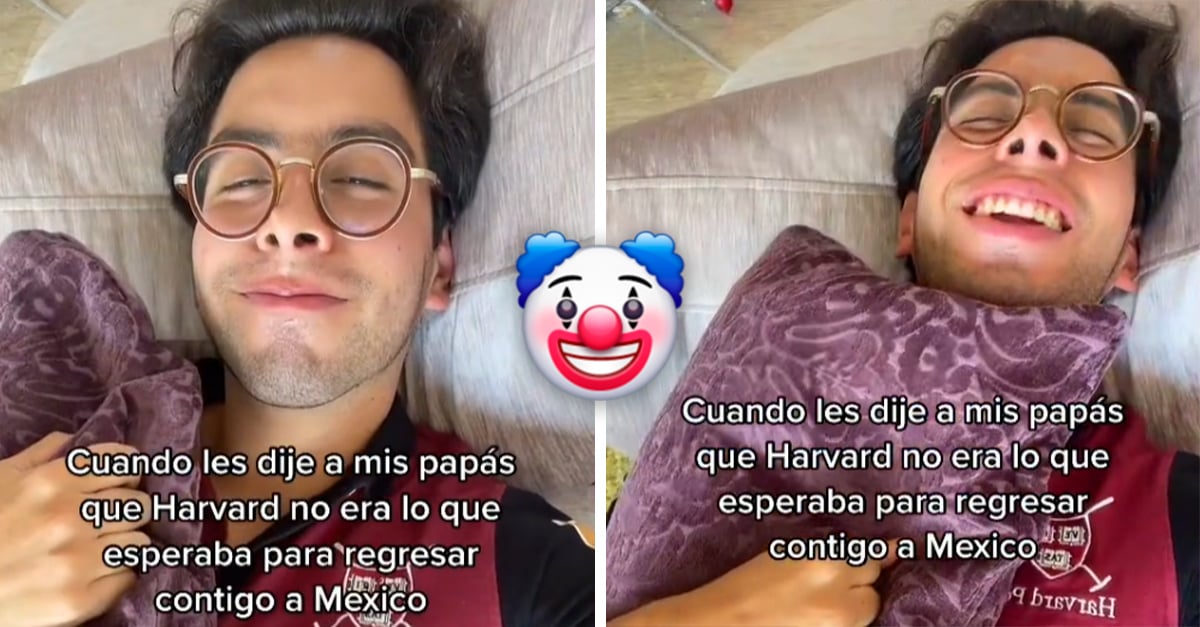 Love can lead us to commit acts of which we would never have felt capable, some good and incredible and others so unfortunate, such as the one carried out by a young man after leaving his studies at Harvard to return to Mexico to be with his beloved.

Unfortunately, their romance did not work out and he was left as the dog of the two cakes: no high-quality education and no girlfriend. Or at least, that is what is known so far.

A young man identified under the user @ palevill27 is causing a stir on TikTok by confessing that he abandoned his studies at Harvard to return to his country and be with his girlfriend, since he believed that she was the woman with whom he would be until the last of his days. Unfortunately, upon his return, she told him that she no longer felt anything for him and that she could only offer him her sincere friendship.

When I told my parents that Harvard was not what I expected to return to Mexico with you.

His anecdote has gone viral, dividing the internet between those who say that his ex should have supported him and encouraged him to continue with his studies and those who call him very smart in his studies but not in his private life, since there are thousands of students waiting for one. The opportunity to enter such a prestigious university and he simply wasted it.

So far, it is not known if the boy returned to Harvard, if he already has a new romantic conquest or what happens in his life, but his video has been played countless times and reminds us that when we fall in love, we should not sacrifice our dreams, because as Lady Gaga said, “Your career will never tell you overnight that it doesn’t love you anymore.”