Greek tragedy: the podium goes to waste, Thierry Neuville is leader of the Acropolis 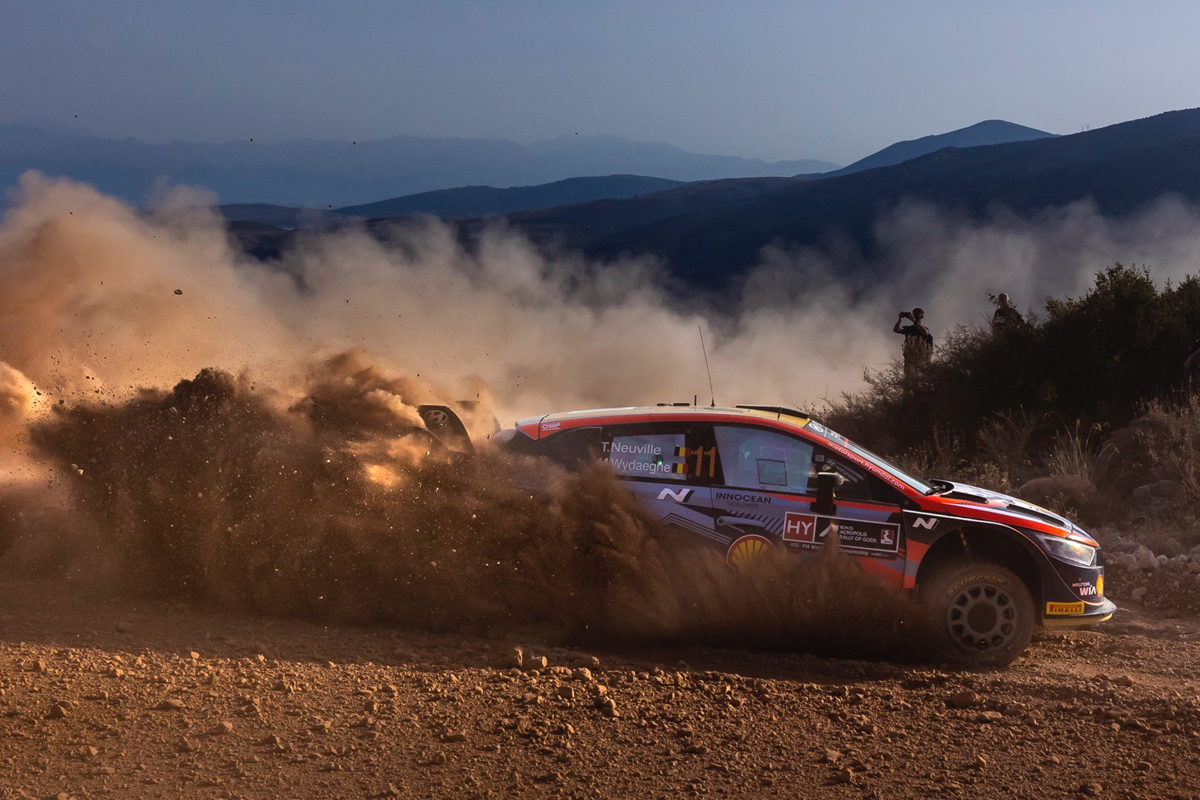 The three riders who were on the podium at the end of Friday have suffered problems and Thierry Neuville, who started fourth, is the new rival to beat. Dramatic retirement from Sébastien Loeb when he had a comfortable lead.

Greek tragedy in three acts. As three were the pilots who occupy the podium of the Acropolis Rally and have fallen into disgrace. As three are the sections that have been enough to turn the event around. Thierry Neuville, who started fourth, is the new leader in Greece and has a margin of more than half a minute over Esapekka Lappi, recovered to at least be able to fight for second place.

The misfortune has been primed with M-Sport. And that the day did not start badly for his interests. Although Ott Tänak scored the scratch in ‘Pyrgos’, the longest stretch of the event served to Sébastien Loeb reinforces a lead with an expiration date. At the close of SS8, the French driver had a 19-second lead over Thierry Neuville, second after beating Pierre-Louis Loubet and Esapekka Lappi in one go.

However, before SS9 M-Sport’s chances of achieving its second win of the year evaporated along with the dust in suspension, the undisputed protagonist of this Acropolis Rally. In the link section before the first pass through ‘Perivoli’, Sébastien Loeb’s Ford Puma Rally1 was beginning to experience technical problems. Desperate attempts by Loeb and Isabelle Galmiche to repair the car were useless and the winner of the Monte Carlo Rally had to retire.

To add insult to injury, Pierre-Louis Loubet suffered a puncture on SS9, which also moved M-Sport’s second Ford Puma away from the podium places. In this same section, since the sentences go by neighborhoods, Kalle Rovanperä made a mistake again That puts you out of the game. The Finn, gripped by the pressure of being champion, rolls fifteen minutes from the head. Ott Tänak has the opportunity to take another ‘bite’.

Sébastien Loeb and his co-driver unsuccessfully attempt to repair their Ford Puma Rally1.

Index hide
1 From fourth to leader
1.1 the other protagonists

From fourth to leader

Neuville was at the end of SS9 with an unexpected lead, almost out of the blue perhaps as compensation for missed opportunities to score his first win in the Hyundai i20 N Rally1. The Belgian did not miss the opportunity and it was also done with the scratch in the SS10 to close the Saturday morning with a 31 second lead on his closest pursuer.

Read:  He goes to Coppel to buy and ends up as an employee in the store

Figure held by Esapekka Lappi after recovering in SS10 and beating Estonian Ott Tänak. All in all, the difference between the two is 1.3 seconds, while Dani Sordo looks attentively at this situation, since it is 12 seconds away. Behind the Spaniard a second battle for fifth place seems to be drawn between Elfyn Evans and Gus Greensmithespecially after the good result of the M-Sport driver in SS10.

While the absolute podium of the rally has suffered a huge turnaround, stability prevails in the rest of the categories. Emil Lindholm still holds a comfortable lead in WRC2, although it is true that Teemu Suninen begins to put pressure on his compatriot as he is now less than 24 seconds behind. For his part, Yohan Rossel has overtaken Nikolay Gryazin in their duel for third position among the ‘Rally2’.

Classification after SS10 of the 66th Acropolis Rally Greece

The Acropolis Rally continues this Saturday (1:33 p.m.) with the dispute of the last three sections of the second stage of the test. Pilots and co-pilots will dispute 73.99 kilometers against the clock.