By JeremiahDecember 14, 2021No Comments3 Mins Read 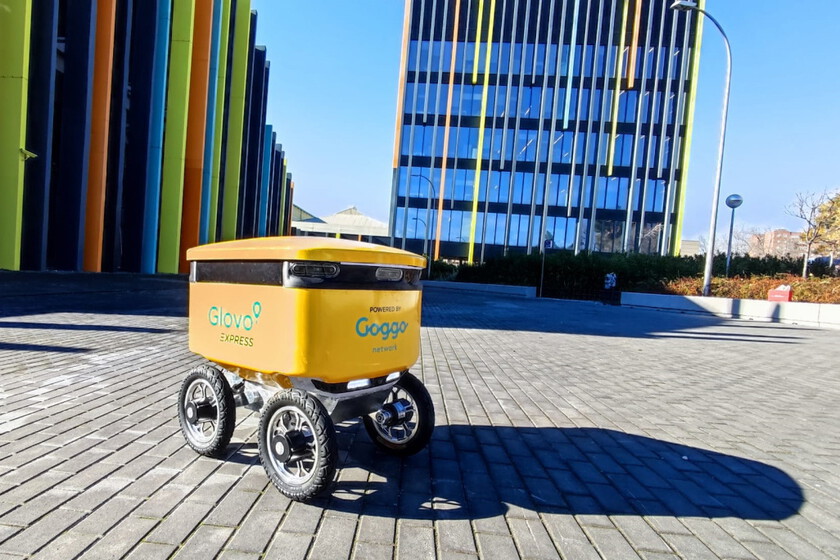 After five years of labor unrest and political-legal debate around the figure of the ‘riders’ in our country, food delivery companies seem start betting on an alternative, a priori, less problematic: autonomous delivery vehicles. They thus follow in the wake of several delivery companies in China and the US.

And it is that the Spanish unicorn Glovo has signed an agreement with Goggo Network, the company founded by the Hispanic-Argentine entrepreneur Martin Varsavsky (also founder of Jazztel), to launch a pilot test that will circulate these ‘delivery robots’ through the streets of Madrid in 2022, starting in January in the Salamanca District.

How to request the FNMT DIGITAL CERTIFICATE of NATURAL PERSON

Index hide
1 A pilot program made possible thanks to the latest reform of the capital’s mobility regulations
2 Beyond mobility and AI: the other side of the debate

Initially, three of these robots will move through this area of ​​Madrid, driving exclusively on pedestrian lanes and at a speed equivalent to that of a pedestrian (a maximum of 8 km / h), thanks to an AI that will allow them to recognize obstacles and pedestrian crossings.

Customers, who will receive a notification when the autonomous robot reaches its destination, will have to collect the package using a unique password or by bringing the mobile closer to the robot to open its compartment. The robots will serve the same products available in the supermarket service at home by Glovo.

During at least the first month of launch of the pilot program, robots will be accompanied by a human operator who will supervise deliveries and will collect the opinions of users about the service.

This initiative is possible thanks to the fact that the city council reformed its mobility regulations and approved a new ordinance that regulates the circulation of autonomous vehicles on its streets.

Robot operations area, with the location of the Glovo supermarket and future expansion plans.

Glovo has already requested the mandatory permission from the council, and the Councilor for Innovation and Entrepreneurship himself has expressed himself in this regard:

“Authorizing proof of concept in a limited area in a few weeks will make us a very attractive point for companies from all over the world to establish themselves in Madrid”.

In addition to this joint project with Glovo, Goggo Network already has permission to launch its own initiative: an autonomous food truck that will operate in the Las Rozas area

Beyond mobility and AI: the other side of the debate

However, there is no shortage of those who see in a project like this a statement of intent from the company regarding the relationship with its ‘riders’, and one more step in the robotization of workstations.

In fact, the federation of riders of the CGT union wondered yesterday On twitter if Oscar Pierre and Sasha Michaud – founders of the company – wanted get rid of delivery men by investing in robotics, “instead of complying with the Workers’ Statute.”

Such an opinion is not without basis: Ander Castillo, director of Glovo’s ultrafast shipping area, recently acknowledged that his company was “studying how automation can reduce personnel costs and optimize the execution of tasks “.

For her part, Yasmine Fage, co-founder of Goggo, explains with these words the advantages of robots over humans in the delivery sector:

“The robot offers speed, efficiency and flexibility. It can serve an order at any time and hour and with them there are fewer errors, improving the final service.”