Bullfrag
Home Entertainment Get excited with the first teaser for Peacemaker! 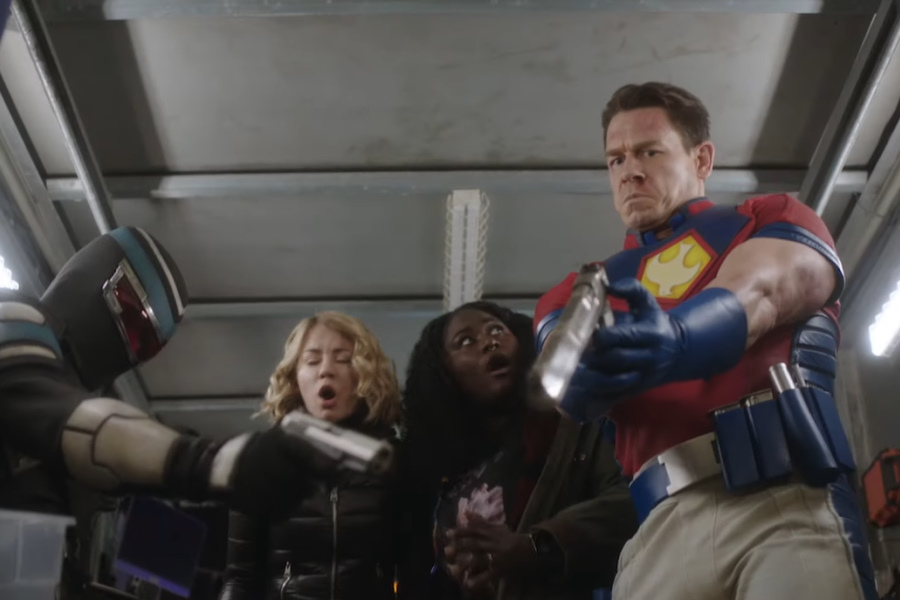 Facebook
Twitter
Pinterest
WhatsApp
Index hide
1 Give peace a f $ # a chance! James Gunn presented the first teaser of the Peacemaker series as part of the DC FanDome 2021, which will premiere in January 2022
2 The psychological terror of Joker: Killer Smile at SMASH and DC Comics México
3 Also being read:

Give peace a f $ # a chance! James Gunn presented the first teaser of the Peacemaker series as part of the DC FanDome 2021, which will premiere in January 2022

The most loutish superhero in the DC Universe has returned, and everything indicates that he arrives corrected and increased, after some time in the hospital, Christopher Smith is ready to return to action in the first teaser of the Peacemaker series.

Within the framework of the DC FanDome 2021, Warner Bros. Television and DC Comics presented the first official Peacemaker treaser, the television series that will follow the adventures of Christopher Smith, who will have to follow new missions after the events of The Suicide Squad.

In this first season Peacemaker will not only have to submit to the orders of Emilia Harcourt and John Economos, he will also have under his command an assistant named Vigilante, who will help to worsen the chaos.

The first season of Peacemaker will be eight chapters, which will be broadcast on the HBO Max platform on January 13, 2022.

The psychological terror of Joker: Killer Smile at SMASH and DC Comics México

Arkham Asylum is home to many of Batman’s worst enemies, including the most dangerous of all: Joker.

No psychologist or psychotherapist has ever managed to break through the insanity that imprisons Joker’s mind. In fact, many of them have broken themselves in the attempt. But Dr. Ben Arnell thinks he is someone else. He is sure to be the one to finally reach the man inside the madness … and heal him.

SMASH and DC Comics Mexico bring you Joker: Killer Smile. Jeff Lemire and Andrea Sorrentino bring us a shocking tale of psychological horror that explores the insanity within one of the most complex villains in pop culture.