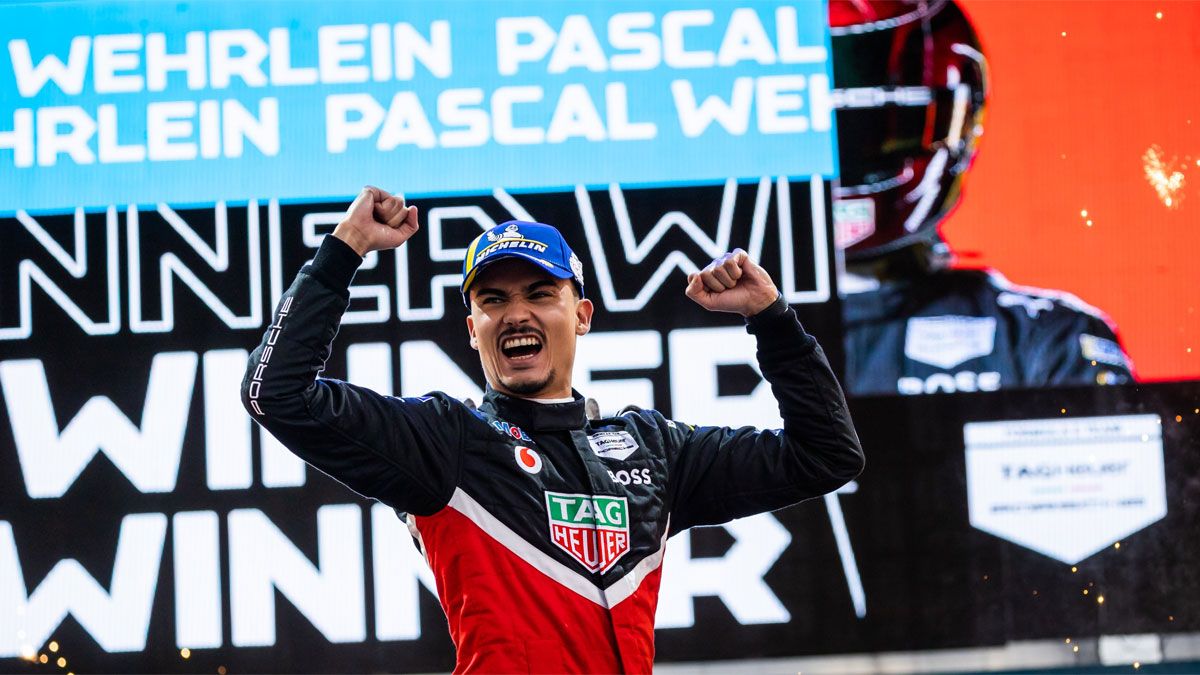 The German Pascal Wehrlein, winner of the Mexican E-Prix, has made history for Porsche by achieving the first win for the German constructor in Formula E after three seasons in the electric single-seater series.

“I am very happy not only to win in Mexico, but because it is a memorable victory for the team. We saw the victory coming, we knew it was close. Now I can say that this feeling is extraordinary,” he shared. Wehrlein at the end of the race at the Autodromo Hermanos Rodríguez in Mexico City.

Pascal Wehrlein referred to the fact that in the second round of the championship that was run in Diriyah, in Saudi Arabia, his teammate Andre Lotter stayed close to the podium; he finished fourth.

In the race this Saturday lottery He finished in second position, something that did not leave him happy because he said that if he had not had only one percent of energy towards the last corner he would have passed Wehrlein.

“If I had more energy I would have won, that’s why I couldn’t attack and fight, but it was good race management from the team anyway. It’s disappointing, a bit frustrating, but that’s the sport, I’m very happy for Pascal.” explained lottery.

Third place went to Frenchman Jean-Eric Vergne, from DS Techeetah, who shared that he suffered from an upset stomach that bothered him since qualifying. “It was a very difficult race. We could have won, but my team asked me to change the strategy because something was not right with the energy consumption. It was also not the best weekend for me, I did not feel quite good because of something I ate. “, he underlined Verne.

The first race win for our team. A milestone that we finally accomplished by never giving up. Together, we #MakeItMatter.

Until the third round of Formula E, the Swiss Edoardo Mortara is the leader of the drivers’ championship with 43 points, the Dutchman Nyck de Vries ands second with 38, Wehrlein He is third with 30, the same as his partner Lotterer in fourth.

In the team classification Rokit Venturi adds 73 points in first placefollowed by Mercedes with 65, TAG Porsche is on step three with 60, DS Techeetah is on four with 39, Envision Racing is five with 31.

Matchday four of Formula E’s eighth campaign will be in Rome, Italy on April 9.