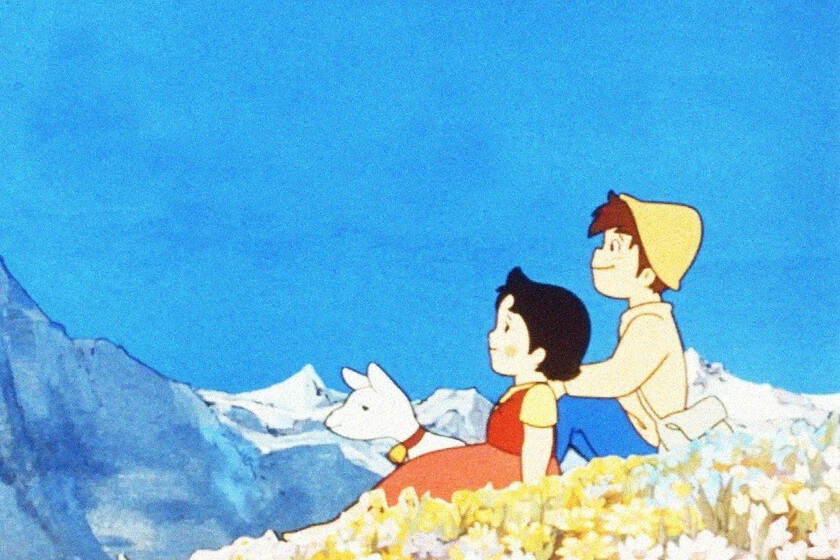 As a result of this pleasant surprise in the form of a video game based on the mythical cartoon series Once upon a time the human body and how good it looks to enjoy with the family, we have become nostalgic and more series from our childhood have come to mind, which in our case is limited to drawings from the 70s, 80s or early 90s. And here it would be easy to think of The Ninja Turtles, Oliver and Benji or The Simpsons, but there are countless video games of those…

It’s hard to think about mythical series that have had very few games or that at this point are difficult to remember. So get ready for a good shot of nostalgia if your age starts to be dangerously close to half a century.

We begin the regressive journey in reverse, through one of the most “recent”. The original Pingu by Silvio Mazzola and Otmar Gutman that premiered in Switzerland and the United Kingdom in 1990. It arrived in Spain two years later and made a hole in our hearts because of how beautiful its protagonist penguin was, which was animated using the technique of stop motion. Part of its success was also rooted in its format, by adopting the more accessible format of short films. Less is more, come on.

If you don’t remember any Pingu video game, except for his cameo with a version of the famous Yetisports, it’s partly because most were exclusive to Japan. There you have the most famous PlayStation that was launched in the land of the Rising Sun in 1999, but surprisingly the mythical Game Boy was the first console to host it in 1993. Nintendo DS was the last in 2008, while PC had two educational games at the end of the 90s. We leave you with a sample of the most attractive ones.

Yes, we know what you will be thinking when you see the name of Mazinger Z. But isn’t there an infinite number of games? Super Robot Wars where it shares prominence with other franchises like Gundam? Indeed, but if we stick to the figure created by Gõ Nagai in 1972, there were only two video games: the first for Super Famicom 1993 and the second for arcades in 1994 that did come here.

The one with the Brain of the Beast was exclusive to Japan and was an action platformer, while the arcade planted us before a shoot ’em up from scroll vertical, typical of the Matamarcianos of the time. The best? The arcade, without any doubt.

From a similar era we have Heidiby Isao Takahata. One of the quintessential children’s series of the 70s and that premiered in Spain just in the middle of that decade. Knowing how much it marked all childhood, it is logical to think that it could have some adaptation to a video game, but its popularity on television did not make it enjoy the same visibility here.

In fact, we had to wait too long until we came across Heidi’s first official video game, as the portable Game Boy Advance was chosen by this angelic girl. Unfortunately the result was quite disappointing, despite respecting part of the essence of the original series. Nothing to do with its updating on mobile phones, where the graphics were updated there. But at least the result was better.

Read:  How to archive all Instagram photos at once

maya the bee It also emerged around similar dates to Heidi, when it appeared for the first time on television in the distant 1975. And despite the fact that personally I barely remember anything of what was seen in that series, its popularity is still valid today when verifying that in 2013 his latest video game was released for Nintendo DS.

Curiously, he is a character that has always been linked to the Big N’s portables, perhaps in part because of that more familiar spirit that his consoles have always squandered. The fact is that Game Boy Color enjoyed two adventures in the year 2000 and its successor did the same two years later with a very colorful platform.

The French series created by Bruno Bianchi may not have known how to renew itself because of the infamous film by Inspector Gadget starring Matthew Broderick in 1999, but that doesn’t stop them from continuing to be cartoons that many people fondly remember… while their famous melody plays in their heads accompanied by the ooh ooh in each stanza. And although its origin dates back to 1983, to see its most iconic game it took a decade.

We are referring, of course, to the colorful and not inconsiderable (although improvable) game for Super Nintendo that Hudson Soft published. Now, it was not the first of that clumsy detective, but rather the Inspector Gadget and the Circus of Fear from Erbe in 1987 for systems such as Amstrac CPC, Commodore 64 or ZX Spectrum. And the latest video games? Incredible as it may seem, a few were seen on the Game Boy Advance and PlayStation 2 a couple of decades ago. The best thing in this case is to see a evolution of all that wasas there are quite a few.

The Adventures of Tintin

This case is quite striking, because surely Tintin being such a long-lived and iconic character (dating back to 1929, thanks to Hergé), you have the feeling that there were many video games about The Adventures of Tintin, especially if you have lived through the 90s, but no. In reality there are few, no matter how much their appearances in trip to the moon or in the Tibet.

Until the visually spectacular The Adventures of Tintin: The Secret of the Unicorn by Steven Spielberg was released in theaters, which featured its obvious video game adaptation by Ubisoft with slight influences from the first Prince of Persia, the figure of Tintin had been linked exclusively with Infograms through adventures of skill platforms that are very demanding… but with a special charm that many of us follow without having forgotten. Luckily, in 2020 Microids announced the development of a new video game for consoles and PC.

The quintessential novel of Spanish culture and masterpiece of Miguel de Cervantes. You probably don’t remember Don Quijote of La Mancha had a series of cartoons in 1979, beyond innumerable adaptations or references within the cinema, so it is also worth remembering this fact.

This serves as an excuse not only to mention the newcomer to Steam Early Access Quixote: Quest for Glory of the Barcelonans Cubus Games, with that approach with cards, but also to remember the classic Don Quixote of the also Spanish Dinamic Software. In this case it was a conversational adventure, without the typical interface of graphic adventures.