French GP – The almost impossible challenges of Sainz and Alonso in Paul Ricard: a podium and beat Norris 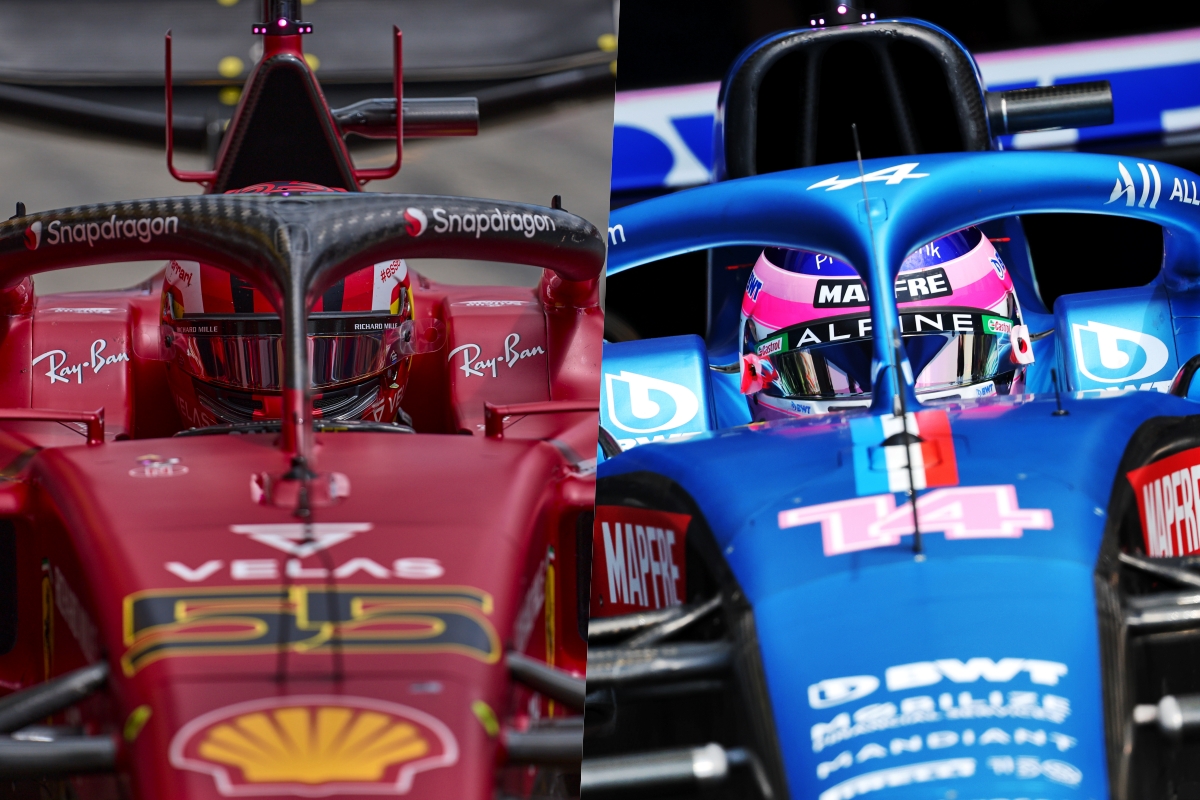 The French Grand Prix poses a complicated race for the Spanish drivers. Carlos Sainz will have to come back from penultimate position and Fernando Alonso will have to defend Alpine’s honor against a much faster McLaren.

The truth is that so much Carlos Sainz like Fernando Alonso performed perfectly yesterday in the qualifying session. The Spanish rider, knowing that he was dragging a penalty, dedicated himself to helping his teammate so that he could achieve pole position, but that did not prevent him from being very fast.

For its part, Fernando Alonso He got all the juice out of an Alpine that hasn’t felt very comfortable this weekend on its circuit, the home Grand Prix. Therefore, seventh place on the grid tastes very good to the Anglo-French team.

If Carlos Sainz knows how to be patient, he will have fifth place almost assured. But the man from Madrid is not satisfied with that, knowing that he is facing what could be his best weekend of the season so far.

“In terms of speed I think it’s my best weekend, there was potential for pole position after being fastest on Friday”, says the Ferrari driver. «But well, he has had to penalize and slipstream. I think I’ve had a great weekend and now it’s time to come back.”

Although the Ferrari F1-75 is clearly superior to the mid-field cars, Carlos Sainz knows that it will not be easy to break through the likes of Fernando Alonso, Lando Norris, Lewis Hamilton and George Russell.

“There will come a time when I fight Fernando, Norris, the Mercedes, and we are not much faster than them, but we will try.. The DRS imposes little here, and due to the heat the tires melt chasing other cars, you cannot go 100% on the attack, you have to find an intermediate point, ”reflects Sainz.

Read:  What are the challenges in the automotive industry for 2022?

In any case, the man from Madrid has a clear objective: to contradict simulations and logic and fight to reach the podium. «I will try to get on the podium again starting so far backbut I don’t think it’s possible, it’s what the simulations tell us”, he acknowledges.

Fernando Alonso, meanwhile, has another goal in mind: to beat Lando Norris to put Alpine ahead of McLaren in the constructors’ championship. However, the progress made by the Woking line-up after upgrading the car appears to have been considerable.

“Honestly, we came here with high expectations after Silverstone and Austria, where we were very competitive. We thought we might be ahead of the middle class here, but AlphaTauri and McLaren seem to have improved the car a lot with the updates.. We had problems”, admits Fernando Alonso after what was seen in practice and qualifying.

“To be honest, when I saw the times with Lando half a second ahead, it’s a bit too much and unattainable for us, which is a bit worrying. But let’s see what the race pace is, the tire management, the strategy », he explains.

And it is that Paul Ricard has long curves and this weekend is very hot. An explosive cocktail for the tires that promises to completely condition the final result.

“The tires are suffering a lot in these long corners with the temperature, as well as the heat and the graining. it’s going to be a challenge. The pit lane is the longest in the championship, 27 seconds or so, so a stop will be ideal. I don’t know if it will be possible or not. We will be very flexible with the strategy”, concludes Fernando Alonso.