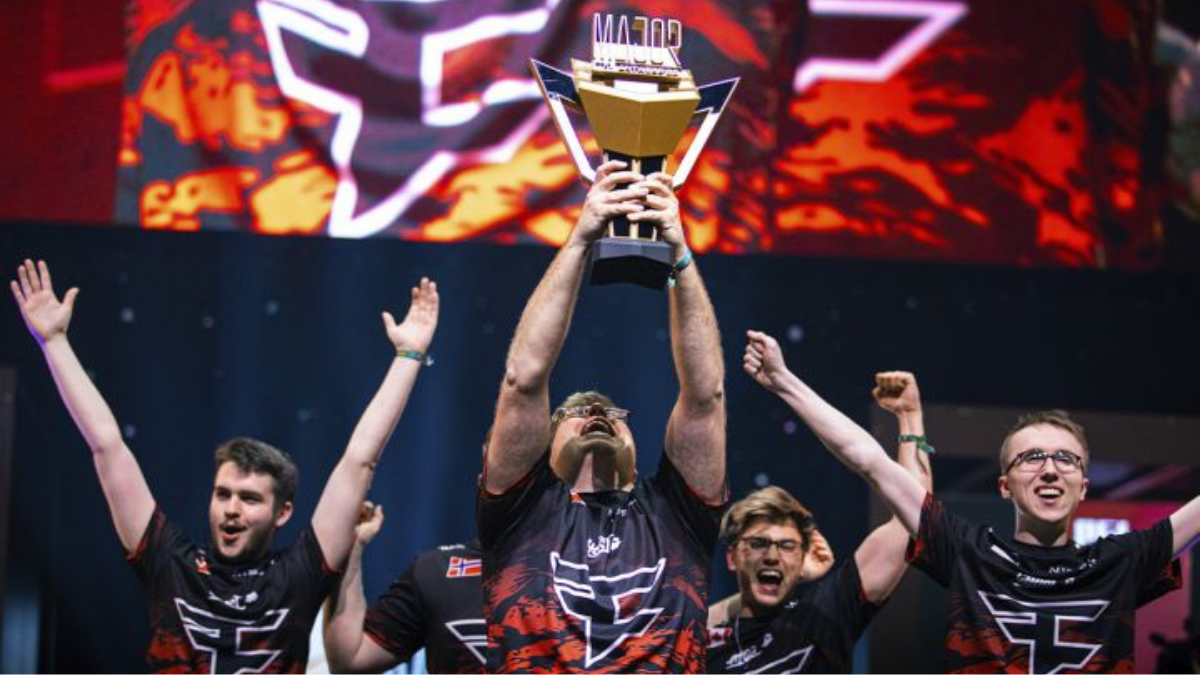 Index hide
1 After beating NaVi 2-0 in the Final, FaZe Clan took down the Antwerp Major. We review his path to glory, in this note!
1.1 Champion’s Path – Which opponents did they beat, how much money did they take for the top spot, and how is the CS:GO Circuit going?
2 Share it with whoever you want
3 Related Posts

After beating NaVi 2-0 in the Final, FaZe Clan took down the Antwerp Major. We review his path to glory, in this note!

The American team based in Europe, Faze Clan, He had a solid performance in the grand finale of the Antwerp Major. And it is that the team was crowned with victory by winning 2-0 against navian organization with a long history within the Counter-Strike competitive.

The champion squad, made up of Havard “rain” Nygaard, Helvijs “broky” Saukants, Finn “karrigan” Anderson, Robin “ropz” Kool Y Russell “Twistz” Go dulken he closed his performance with a total record of 6-1; his only defeat came against ENCEduring the Legend Stage.

Champion’s Path – Which opponents did they beat, how much money did they take for the top spot, and how is the CS:GO Circuit going?

Despite that small stain that that defeat meant, the path of FaZe Clan it was excellent. The team ranked first in the Legend Stagewhere he shared a group with the best teams in the world such as Team Spirit, Imperial Esports, ENCE, G2 and the same navi.

Their performance in that phase ended with three wins and one loss, against Bad News Eagles for 16-4 in Ancient, Cloud9 for 16-8 in the map Nuke and front Copenhagen Flameswith a comeback included, with partial 13-16, 16-13 and 16-6. As we mentioned, FaZe Clan was defeated by ENCE on the first date for 16-8although after this, they did not know the defeat again.

Read:  A remake of Metal Gear Solid 3 would be in development, according to a rumor

After obtaining fifth place in the table of the Legend Stage, FaZe qualified for the final phase of the Major, the Champions Stage. This is where the team, coached for the swedish Robert”RobbaN” Dahlstrom, he put the batteries and in quarters, semis and final they only gave a map.

The quarterfinals found today’s champion against ninjas in pajamas, from Swedenwhom they defeated by 2-1 in the series, with partials of 16-10 (Nuke), 13-16 (Overpass) and 16-8 (Hell); color data, NiP they were the only ones to take a map from FaZe In this phase.

One of the most difficult moments of the tournament came in the semifinals, instance in which they faced TeamSpirit, who arrived classified as number 1 during the Legend Stage. The first map was Miragewhere FaZe Clan took it for 16-13 but he had to suffer in the extra rounds of Dust II, which ended with a partial 25-23 in favor of the then future champion.

The Grand finale vs. navi was played in front of a large audience and the maps of Inferno and Nuke. The partial results were 19-16 and 16-10with solid performances from rain and broky, that ended with a +/- of +12 and +16 in the series, respectively.

With this title, Finn “karrigan” Andersenwho recently returned to the team, became the longest-serving player to win a title Majorat the age of 32 years. At the same time, Faze Clan received an award for $500,000 and they already set their eyes on the next CS:GO competitive, which would be Major of Rio de Janeiro.