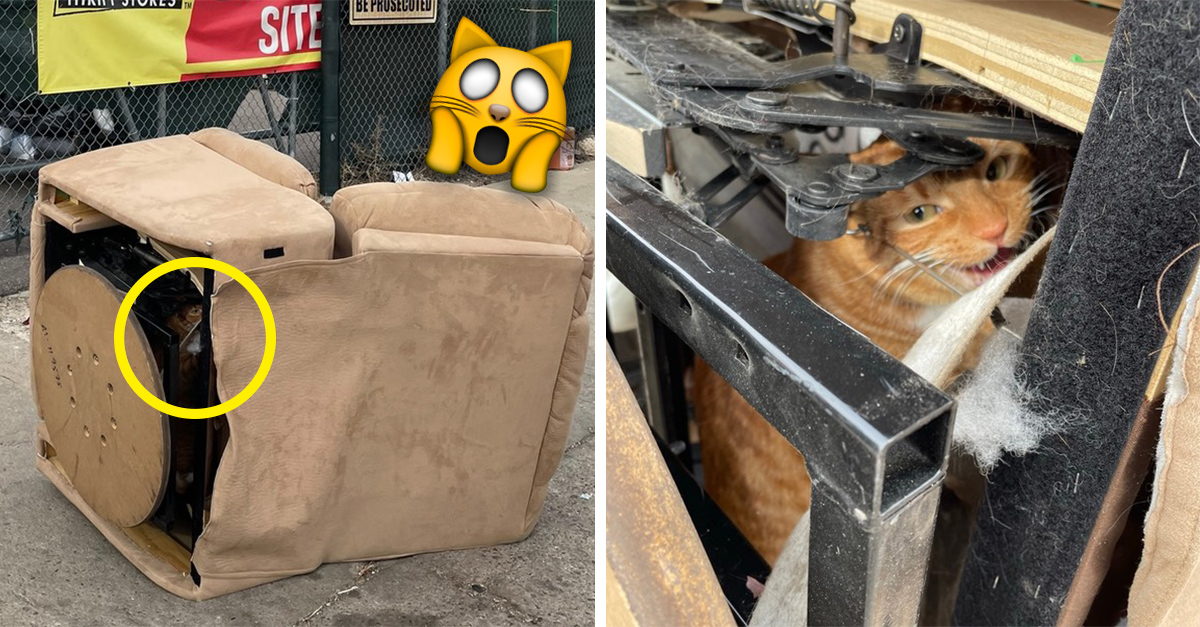 They say that curiosity killed the cat, but in this case, the kitten ended up being “given away” by accident to a second-hand store because it hid where it shouldn’t or, rather, where its owners couldn’t see it.

After a family donated several items to charity, they discovered that something essential was missing from their home: the cat! Fortunately they were able to recover him and he is now healthy and purring to every member of the family.

Montequilla is the family cat and they love him so much that they had planned to take him with them when they moved house, but there was one small detail: they gave him away by mistake. Turns out they packed up all their stuff and decided to donate a couple of pieces of furniture to charity, including a recliner.

Everything was going very well, but then they realized that Montequilla was not there. Each member of the family desperately searched for him throughout the house and among the moving boxes, but there was no trace of him.

They immediately contacted the thrift store to which they donated the sofa, Denver Animal Shelter, who began a search to find the kitten. At first, they searched for it only between the armrests of the sofa without success, but then they remembered that these little animals tend to get into the most truncated places. Then they turned the sofa around and there it was.

The cat was under the sofa the whole time and maybe it didn’t come out out of fear or because it was taking a long and refreshing nap, otherwise it would have been easier to find it. Fortunately, the difficult time is over and the family is in their new home and with their beloved pet.