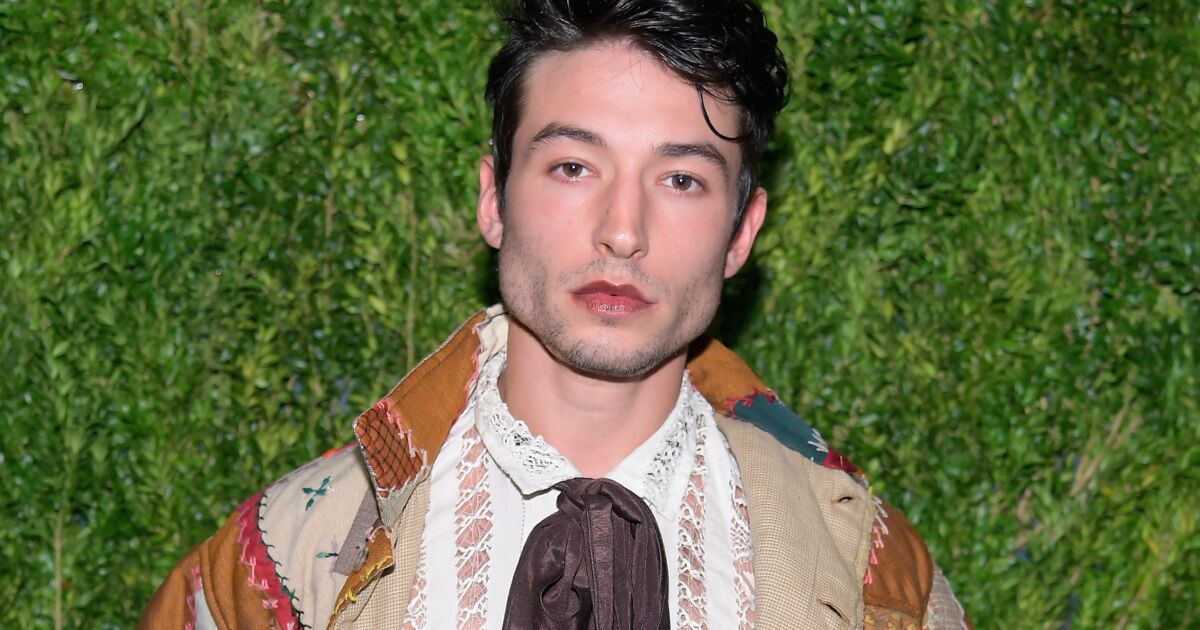 In the video that has now been seen by public opinion, the star of fantastic animals while they question him about what happened. The man he allegedly attacked alleges that Miller spat on him. “No, he assaulted me and I started recording. Let me show you the video. I’ve been assaulted in this bar twice. I record myself being assaulted for NFTs and crypto art,” the actor tells the cops.

It is then that Miller raises his voice towards the policeman.

“Tell me your name and your license plate number,” the actor repeats several times. “Am I arrested for disorderly conduct? I’ve been assaulted. That man in the bar claimed to be a Nazi, I have it on tape and he attacked me. The 9th Amendment gives me the right not to be unlawfully prosecuted for a crime of which I am not guilty. I claim my fourth amendment rights not to be searched and seized without probable cause that you won’t be able to defend in court,” he added, asking authorities not to touch his ring. Flash.

That man in the bar claimed to be a Nazi, I have it on record, and he attacked me. The 9th Amendment gives me the right not to be unlawfully prosecuted for a crime of which I am not guilty.

During the inspection made by the police officers, Miller continues to mention the fourth amendment. “I’m appealing to the fourth amendment. You just touched my penis. Please don’t do that. I’m transgender and non-binary, I don’t want to be registered by a man,” Miller shouts, after his ring was removed.

Ezra Miller needs irrefutable evidence of the alleged N az ! attacking Ezra FIRST, resulting in Ezra responding in self defense. As a Man of African Descent, I can appreciate smacking around a race, but it’s still illegal if NOT done in self defense. pic.twitter.com/p37E1hXL2a

“Please don’t take it away from me, The Flash’s ring means a lot to me. It has a lot of value,” he says.

Read:  Does Flash run out of Ezra Miller?: What are Warner Bros. plans after the new videos that came out of the actor at the time of his arrest

Hours after his arrest in Hilo, Ezra Miller threatened to kill the couple, who requested a restraining order against him. In April he was arrested again for assault in Pahoa, in the state of Hawaii.

Please don’t take it away from me, The Flash’s ring means a lot to me. It’s very valuable

Scandals have been present in the life of the actor, since in 2011 he was arrested for a crime of drug possession and in 2020 he was criticized when a video was released in which he appears assaulting a woman. Added to this is the controversial clip he posted on his Instagram account in January 2022 of him threatening a Ku Klux Klan supremacist group in Beulaville, North Carolina.