everything you need to know about the new mode … which is not Battle Royale, but a ZO a la The Division

By CooperOctober 15, 2021No Comments5 Mins Read 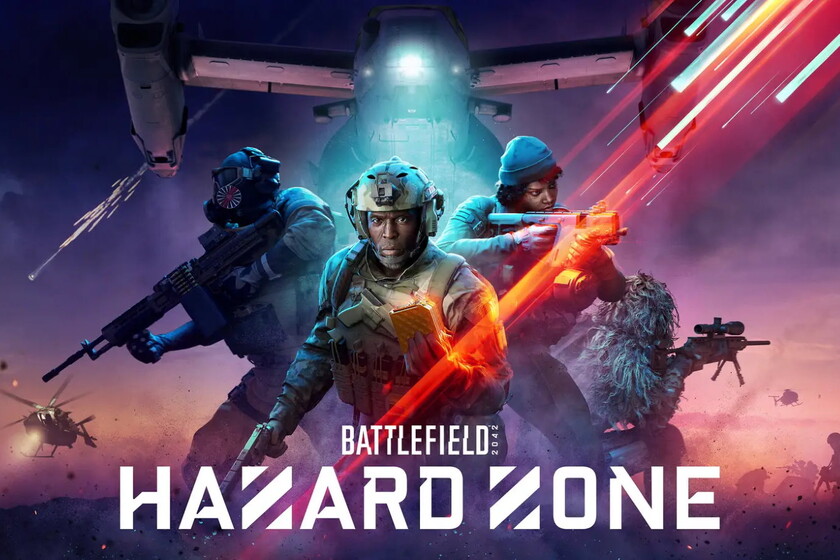 Since its official presentation last June, at the gates of E3, it was known that Battlefield 2042 will have three different game modes at launch: All-Out Warfare, of which we published our impressions a few days ago on the occasion of its open beta; Portal, a new editor with multiple possibilities that rescues more iconic maps for the saga; and Hazard Zone.

And of the latter there were rumors about the remote possibility that it would be a Battle royale, partly because of that fashion that at this point is a full-fledged mode that should not surprise anyone. Without going any further, Battlefield V already had its BR named Firestorm. But no, Hazard Zone will be a very different mode.

Index hide
1 The Division’s ZO sneaks into this Battlefield
2 Danger Zone: rules and objectives to be met

The Division’s ZO sneaks into this Battlefield

For finding a resemblance to get an idea of ​​what awaits us in Hazard Zone (Danger zone in Spanish), you could say that partially drinks from the concept of the Dark Zone from The Division. The reason is simple, when the concepts of extraction and securing of packages (data, in this case) come into play with which we will obtain valuable exclusive resources for this mode.

In the words of Daniel Berlin, design director at Battlefield 2042, we will have a special currency in the Danger Zone (dark market credits) with which we can obtain weapons, accessories and gadgets with which to improve our character for this mode in question. And for this, rapport with the rest of the team will be essential, as they are games based on squads.

That its creators say that it is not a Battle royale is also given by the way in which it is drastically reduce the number of players– Here up to 32 people in total for PC, PS5 and Xbox Series; and already 24 in PS4 and Xbox One. Or what is the same, a maximum of eight groups in new generation systems and only six in old consoles. Do not forget that this new FPS by DICE will reach a whopping 128 players in All-Out Warfare modes.

The approach is more direct, therefore. In addition, there will be a lot of pressure in each game, since when we die we will not be able to revive: if you die you go to spectator. Hence cooperation takes on a higher meaning here. Now, apparently in its presentation it does not seem that there will be military vehicles to drive (only transport). In any case, there have already been other Battlefields with modes without vehicles.

And despite not having large-scale battles against a large number of people, as in the Battle royale on the other hand, it does share some similarity, after all, like that deployment in different parts of the map, here much more controlled to avoid those collisions at the first exchange …

Read:  Take advantage of the offer of this Asus ROG gaming laptop with RTX 3050 and Ryzen 7 for 999 euros on Amazon

Danger Zone: rules and objectives to be met

Daniel Berlin defines the Hazard Zone in five phases, with a first part in which we will have to draw up a strategy and see what we equip ourselves with. This point is more important than it seems, since specialists cannot be repeated within the same squad. The idea is to follow a scheme similar to that of role-playing games or FPS with very defined classes, such as Overwatch or Wolfenstein: Enemy Territory, to cover the greatest number of needs in any type of situation. How not: create a squad as balanced as possible, in short.

The second part is somewhat linked, being the point from which we will start in the game, while the third deals with where to claim the data. Here we can pay attention to the sky, seeing how satellites fall with that information to be extracted, but we can also collect the unique ability of one of the specialists to scan. And we insist, this function will only have one person within the squad. Communication by voice or signals will be vital.

These areas will be protected by the enemy and the rest of the players, so while one person is in charge of collecting the data, the rest will have to defend. Now, extracting information does not mean that we have secured the objective or that there will only be a single data package. DICE drops that there will be multiple packets and that the ideal would be to extract as much data as possible before escaping to collect the reward, always with that pressure of knowing that if they kill us we lose everything. As in the ZO of the Division, go.

This also means that we can withdraw before the game ends. For example, extract a package and request immediate evacuation. But we would be missing out on the best rewards offered by the latest packages, with the added danger of having a deadly storm in the final minutes. Yes, here the brushstrokes of the Battle Royale return, although at this point in the movie it should be clear that it drinks more from the success of Ubisoft.

It doesn’t matter how many enemies we kill, but the number of packages that we insure. And it is clear that the more we play, the more rewards there will be thanks to the credits from the dark market that we obtain to unlock more content for this mode. An interesting contribution to a saga clearly based on the arch-popular Conquest and Assault, so you want to dive right into this mode to see if it is as fun / challenging as it sounds. Lucky that November 19 is getting closer, huh?