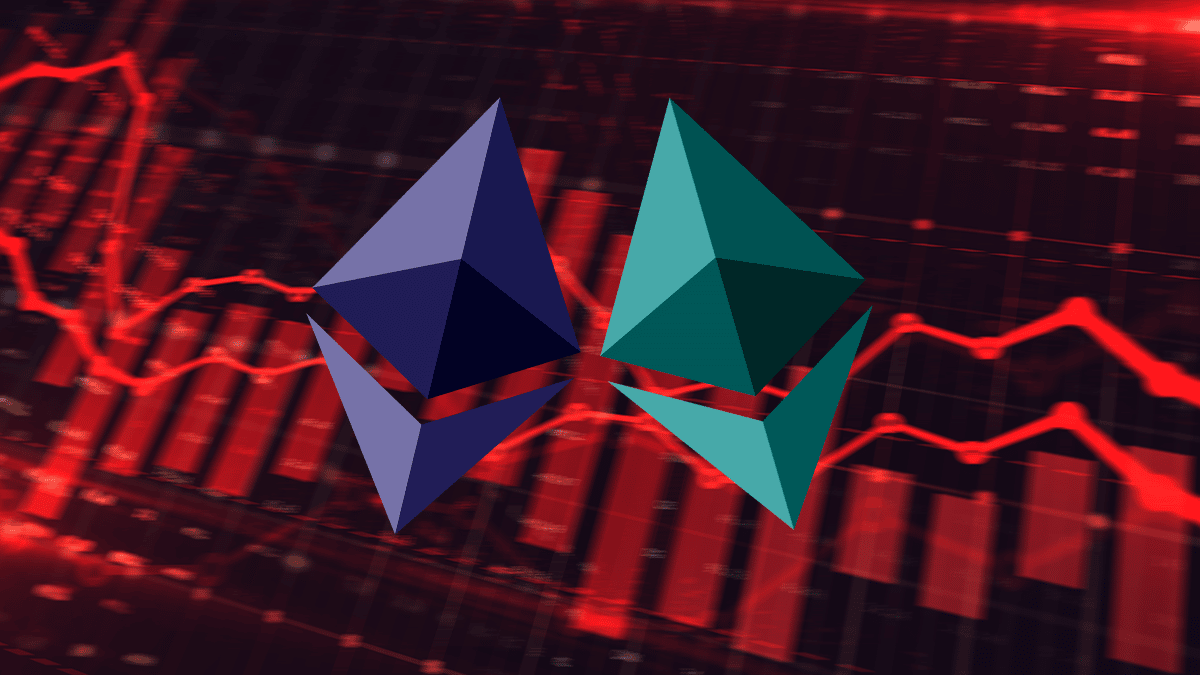 Yesterday, June 8, Ethereum made a major technological breakthrough when Ropsten became the first existing testnet to be merged with the version 2.0 blockchain. But that was not reflected in ETH which, at the time of this publication, is trading at a lower price than it was at the time of the merger.

As CriptoNoticias reported, the merger was successful. The disseminator Anthony Sassano consider it a “historic and exciting event for the Ethereum community”.

Anyway, as observed, traders and investors do not massively think that this advance is worth buying more units of ETH. The price of the cryptocurrency continues to be linked to that of the entire ecosystem, with bitcoin (BTC) in the lead.

Investors, in general, seem worried. The fear and greed index, which assesses the general sentiment of the market based on various factors, shows that the current situation is scary (as with almost all cryptocurrencies).

Not even technological advances manage to make ETH decouple from the market. The Argentine businessman Nubis Bruno considers, according to what he published in his bill of Twitter, that there is a “divorce” between developers and traders.

For his compatriot, the developer Santiago Siri, what happens is that the market does not react like clockwork. According to him, this is a good opportunity to get ETH at a low price and build a validator node. “I think there are plenty of incentives to build that network and I see web 3 as increasingly necessary for humanity,” Add.

Optimism and concern coexist around Ethereum

Taking into account the technological advancement that Ethereum is undergoing on its way to the final merger, perhaps these relatively low prices could be considered a good buying opportunity.

As CriptoNoticias has reviewed, the merger will bring a new economic model in this network specialized in smart contracts. Among other changes, If all goes according to plan, ETH would become a deflationary cryptocurrency.

The go-ahead from government agencies could also be expected, when Ethereum abandons proof-of-work mining, and replaces it with proof-of-stake staking. The energy consumption and environmental footprint of the network would be much lower than it is today (and that of other networks such as Bitcoin). With the approval of the powerful, the price of the cryptocurrency would perhaps be pushed higher.

But not everyone is optimistic. “Ethereum is in trouble and we don’t see a quick way out,” Martin Hiesboeck held days ago, head of research for the Uphold platform. For him, the constant hacking of decentralized applications on Ethereum is a cause for concern.

In addition, the specialist is against the passage to proof of participation. “The whole idea of ​​staking Ethereum didn’t make sense from the start, as we pointed out months before the first anticipated launch date of the merger last year,” he maintains.

Is that, according to various opinions, staking puts Ethereum at a disadvantage in terms of security and decentralization. If an attacker manages to breach any of these areas, it could mean the collapse of the network.

For now, we will have to wait to know the outcome of this story. Buterin and his team they are working to get the long-awaited merger to the mainnet before the end of this year. Once that happens, the reaction of the market can be analyzed.