Elite – season 5 (2022) opinion: season 5 goes from less to more until its forceful end, but the Netflix series is far from its best level 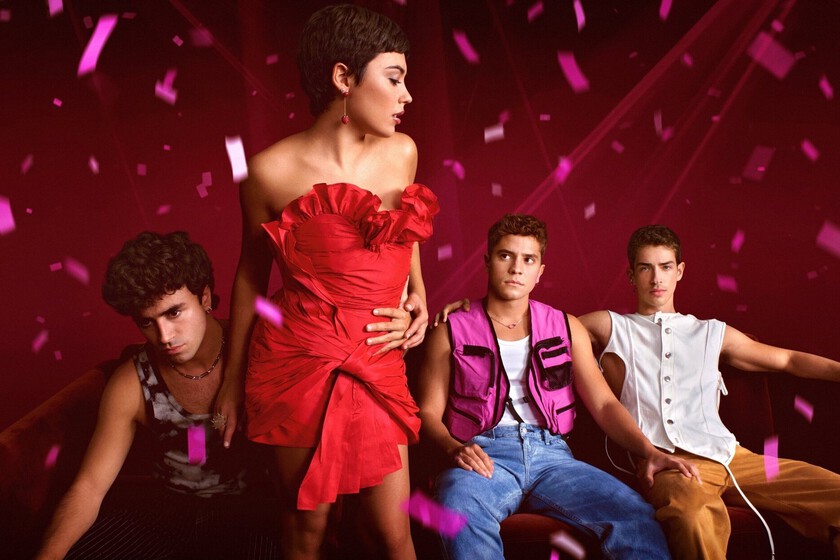 Season 5 of ‘Elite’ not off to a good start. More focused on the presence of certain distinctive elements of the series than on offering a plot that really hooks the viewer, the Netflix series was in danger of many viewers looking for a new school in which to continue enjoying.

Luckily, ‘Elite’ partially straightens the course from the fourth episode of this fifth season, since it is then when the mystery acquires a different dimension. In addition, the team behind the series knows how to manage the revelations so that, at the very least, one is curious. However, it is still far from that stage in which one simply devoured the episodes like when you are gobbling up a hamburger after a while on a diet. Come on, no joke is among the best Netflix this year.

Beware, there are plenty of spoilers for season 5 from here on out.

‘Elite’ is not going through its best moment

‘Elite’ has always been a series that fled from any resemblance to realism. He did use certain details that could be misleading -something that also happens in this fifth season, where they seem initially interested in the world of the MENAs to then leave it completely aside-, but the series at all times has opted for fantasy, mainly mixing romance, sex and crime.

That is present again here, but already in the fourth season that delicate balance was lost that he had exhibited to give more space to the hedonistic frenzy, although then it did not bother so much. I don’t know to what extent it was motivated by a progressive loss of the original protagonists or perhaps by the departure of Darío Madrona, co-creator of ‘Elite’, but the series, being the same, feels different since then.

The fourth episode corrects that in part. Make no mistake, the season continues to give paramount importance to sexual plots, to the point of daring to address the always thorny issue of the violations in a more direct way than I was doing until now. And it is that everything related to Phillipe and Cayetana was even heavy, but in the end it has been revealed as a mere excuse for what happens in Ibiza.

The plot that does work

Nevertheless, this fifth season has managed to make the criminal plot not a mere commonplace by recovering everything that happened with Armando in the fourth and giving it a different dimension. It’s not that the development of the plot was memorable, but it did serve to give a sense of urgency to what came next that left you wanting to continue watching the episodes. That did not happen with the first three, where the series pulled more on brand loyalty than anything else so that we would not give up.

Read:  Bitcoin can break above the $30,000 level before marking a new bearish low

In fact, it is then that the season really seems to have a reason to be, leaning for it on Samuel, one of the two original protagonists who were still in the series -and it also helps that Diego Martin gain prominence. It is true that the character has been lurching since Carla’s departure, as if he had simply lost his reason for being, but the series manages to make us care again and that his particular way of seeing things makes sense again, even when he is Of course it will turn against you.

For the rest, many romantic comings and goings, a touch of controversy, a generous amount of dialogue and impossible situations, some sex and more usual features of the series. but with cclear signs that the formula is running low and that perhaps only a total revolution could really set the course straight. They will have an opportunity with season 6, of which it is not yet known if it will feature the return of a previously seen character.

He takes a breath before reading the level of studies of Bizarrap, who makes Shakira the most money