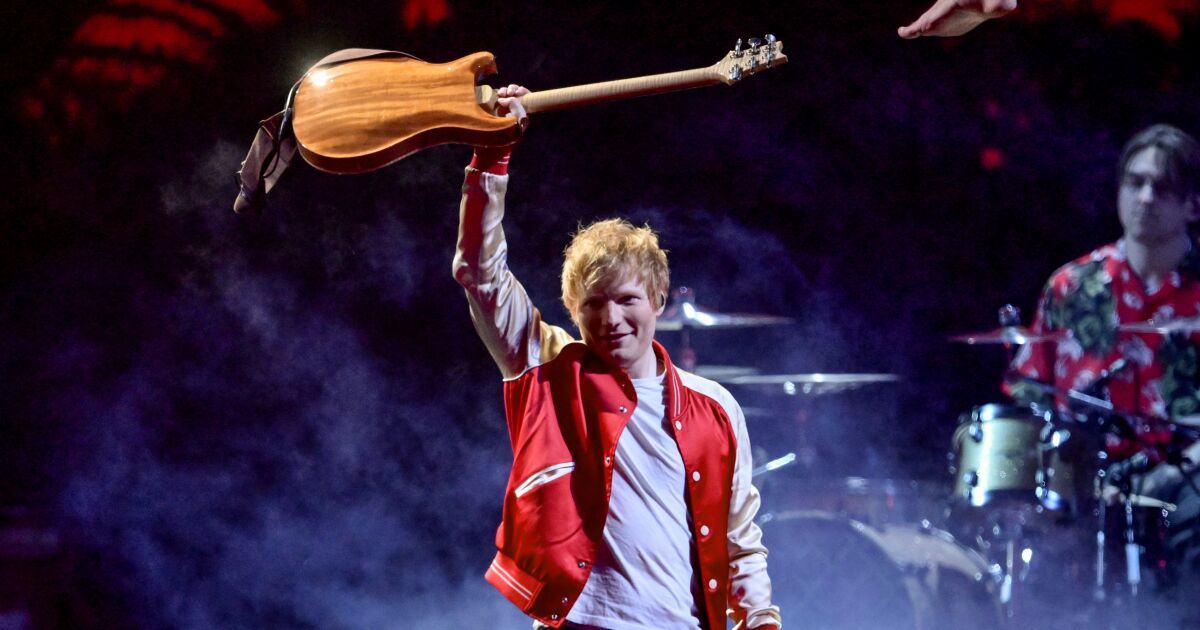 Wearing a suit and tie, Sheeran had attended the High Court in person on the first day of the process, on March 4, during which both titles were played and also, by mistake, an unpublished part of the pop hit.

Plaintiffs’ attorney, Andrew Sutcliffe, assured that “the similarity” between certain passages “is surprising”, they are “almost identical”and accused Sheeran of being “a magpie”, in reference to this bird that is sometimes accused of being a thief.

“He borrows ideas and puts them into his songs, sometimes he admits it, sometimes he doesn’t,” he said. “It depends on who you are and if they think they can get away with it,” she added.

Sheeran and his songwriters, Steven McCutcheon and John McDaid, have denied the allegations. In May 2018, the three had asked the High Court to rule that copyright had not been infringed.

Two months later, Chokri and O’Donoghue in turn initiated legal proceedings against them.

“Shape of You” copyright payments estimated at 20 million pounds ($26 million) according to newspaper The Telegraphwere suspended by the body that manages them.

The song has around 3 billion listeners on Spotify and almost 6 billion views on Youtube.

In 2017, Ed Sheeran was also the world’s best-selling artist, according to the International Federation of the Phonographic Industry. (IFPI), with their third album “Divide”, which includes the single “Shape of You”.

Ellen DeGeneres says goodbye to her show after 19 years

Biden will receive BTS, they will talk about hate crimes against Asians

Fernanda Contreras falls in the second round