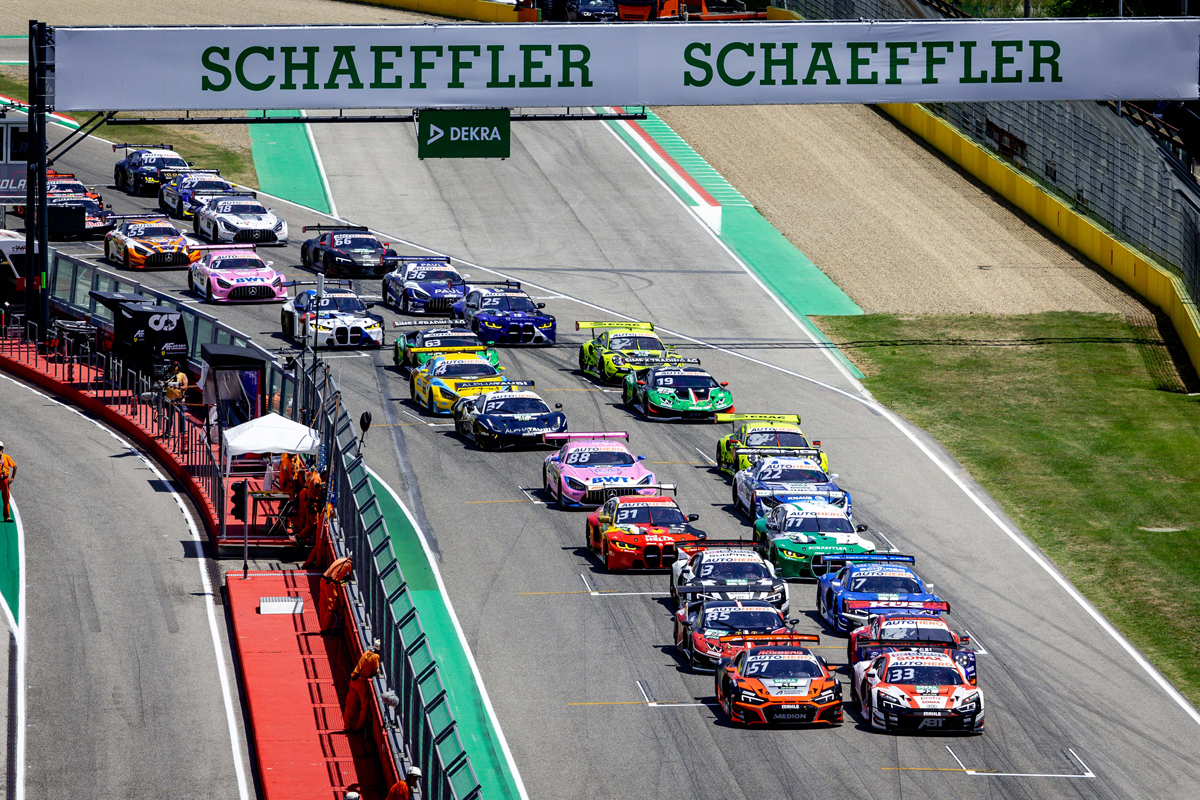 Imola has hosted the third round of the DTM in 2022. An event that ended with victories for René Rast and Ricardo Feller and which marked the debut of the Italian track in the championship. After a really successful weekend in organizational terms, drivers and DTM teams have given their approval to the possibility of returning to Imola in future seasons. Nevertheless, Gerhard Berger, head of the ITR -promoter of the DTM-, has pointed out that it is still too early to discuss the return of the contest to the transalpine track.

The Imola circuit has become the fifth Italian track to host a round in the DTM. Despite the fact that it is a narrow track and with reduced overtaking possibilities, the drivers and teams have been able to play with the strategy, which has caused great differences in the life of the tires and an acceptable number of overtaking. For that reason, drivers and teams have widely praised the introduction of Imola on the DTM calendar.

This has been made clear by names of the DTM paddock such as Ron ReichertRed Bull team boss, Gottfried Grasser as responsible for the Lamborghini project together with the Grasser Racing team or Uli Fritz, head of the Mercedes HRT team. All of them have not only coincided in praising the organization and the facilities, but they have also shown their satisfaction with the ‘Balance of Performance’ seen during the weekend, since it has been very balanced and has allowed very even races in Imola.

Nevertheless, Gerhard Berger does not want to anticipate events and at the moment he has assured that it is too early to negotiate the possible return of Imola to the DTM calendar in 2023: «Honestly, It is a question that I still do not know. At the moment we are only thinking about the configuration of the calendar for next year, but there is still no definite plan to go here or not here. Imola is a good circuit and Italy is important for us as a country, but everything is completely open at the moment.. It is too early to know if we will come to Imola, Monza, Misano or Vallelunga. I do not know”.

In this sense, Berger assures that he needs to study the present scenario to understand if it is better to choose a fixed circuit for the DTM visits to Italy or it is better to rotate through different layouts: «We still have to understand what needs to be done. When I was young, Italy was a mecca for motorsports. At the moment it is very difficult, except for Formula 1, to bring people to the circuits, but we are going to work on it. In that sense, maybe we should bet on coming with a superstar as we already had Andrea Dovizioso or Alex Zanardi».

Put up a sign complaining about not having employees; goes viral for “bad boss”