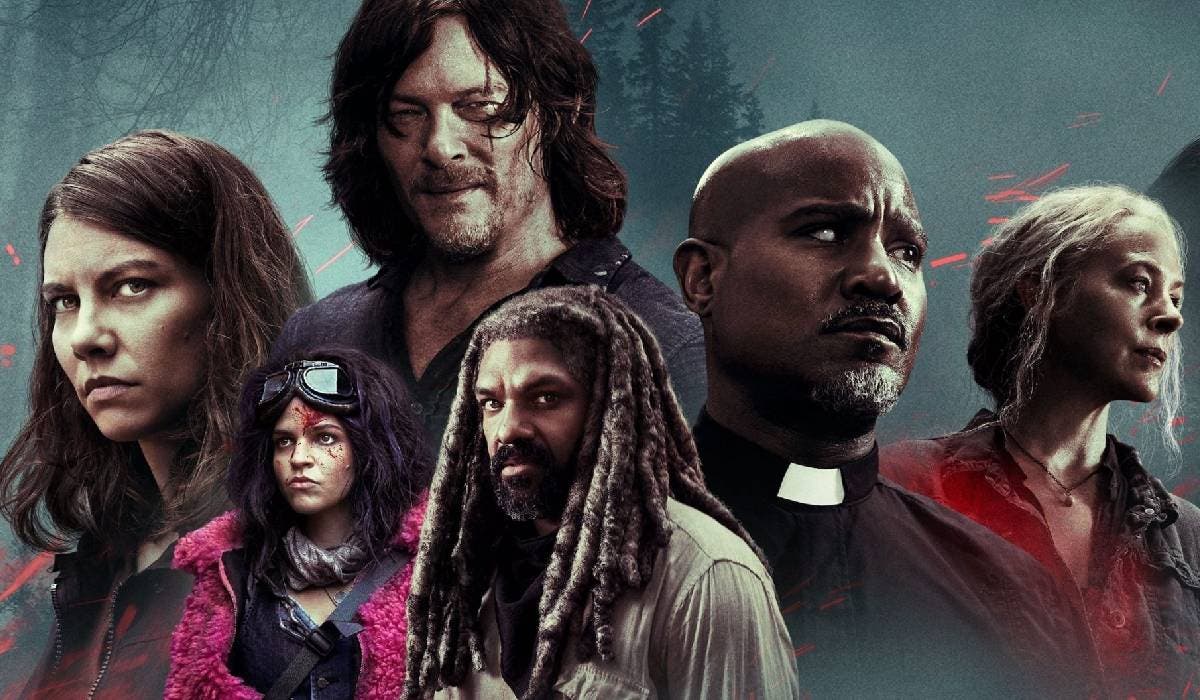 Facebook
Twitter
Pinterest
WhatsApp
Index hide
1 The Walking Dead began to say goodbye to its fans. The zombie series shared its first trailer for its final season. Do not miss it!
1.1 An end closer and closer

The Walking Dead began to say goodbye to its fans. The zombie series shared its first trailer for its final season. Do not miss it!

After several years being on the air in AMC, The Walking Dead begins to prepare for the end. A news that still keeps fans sad, but they are eager to see what will happen in the story that was so successful. In this way, during the virtual edition of Comic-Con, fiction presented the first trailer for its season finale.

In this trailer we will meet some of the audience’s favorite characters. For example, we will see Daryl, Carol, Maggie, Negan, Ezekiel, Gabriel, Ezekiel, and also the creepy return of the Reapers. Regarding the end of the series, it will be divided and its first part will be released on August 22 by the small screen of AMC.

Maybe you’re interested: The Walking Dead: The strong tension between Negan and Maggie

An end closer and closer

Without a doubt, AMC wants the end of The Walking Dead to be enjoyable and arrive in small installments. For this reason, the first part of its final season will consist of only eight episodes. Later, we will see the rest of the installment. Thus, the channel prepares for the end of its most successful series. However, he has big plans for this universe.

READ:  The most beautiful streets in Spain to walk

The last season will finally arrive in 2021, although it was originally planned to be released during 2020. However, the quarantine and the coronavirus completely modified the plans of the The Walking Dead team. During Comic-Con, Angela Kang revealed that the pandemic greatly changed the way production was carried out.

“With season 11, we will go out big. We return to our extravagances, wide and massive with many great interactions between the characters we love. We also strive to create new stories and new characters. I am very excited to share it with the fans ”, the showrunner explained.