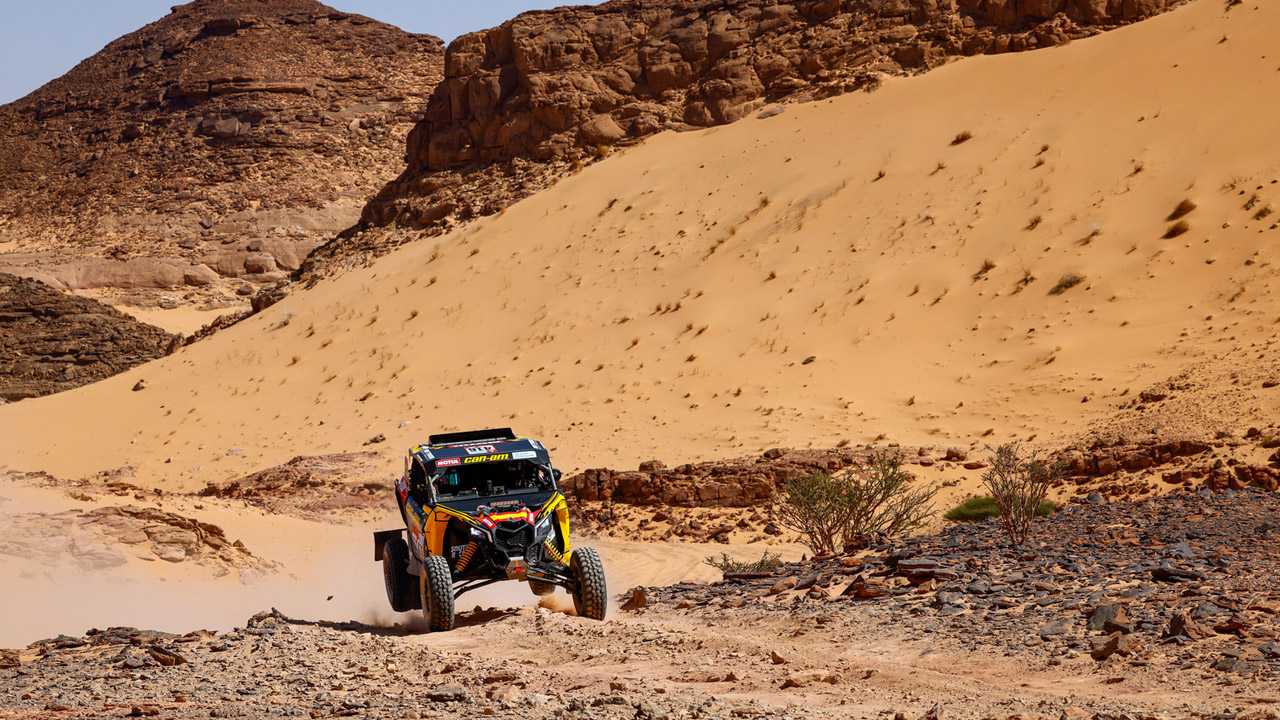 Gerard Farrés is one of the members of the ‘Spanish army’ with the most hours in the desert. However, the Catalan rider was unable to secure the necessary support to compete in the 44th edition of the event. No room for maneuver ‘Farreti’ offered Can-Am and South Racing his experience, which includes an absolute third place in the motorcycle category in 2017, to double as Austin Jones backpacker. After managing to climb to the podium of the category in the Dakar 2019 together with South Racing and helping the team in the two editions of the rally held on Saudi Arabian soil, the formation made room for Gerard.

Gerard Farrés managed to take the start in Jeddah, adding his fifteenth presence in the toughest rally-raid in the world. And he did it with his backpacker role assumed. With everything, the good work and talent of Farrés allowed the Catalan to be among the best in each stage, among other things because Austin Jones managed to complete the first ten stages of the rally without any notable mishap. However, in the eleventh special the situation within the team turned around. A mechanical problem caused Austin Jones to lose a lot of time and left Gerard Farrés as leader of the T4 category with 1 minute and 41 seconds ahead.

Despite having in his hand to win his first ‘Touareg’, Gerard Farrés has shown in the final stage that his word is worth more than a Dakar and in the last section of the route he has lifted his foot, thus fulfilling the team’s orders so that Austin Jones could win the rally in the T4 class. ‘Farreti’ thus fulfilled what was agreed before the stage and extolled his role as a backpacker to the last extreme. Elegant at the finish line, Farrés celebrated the victory of his leader and a podium that he knows very well after two years that the Catalan has classified as complicated.

Read:  This is how brands avoid fines for excess emissions despite selling SUVs to kicks

Farrés closes the 2022 Dakar with a bittersweet taste, but with a clear conscience of a job well done with co-driver Diego Ortega from Melilla. And perhaps this is his best credential when it comes to preparing his project for 2023. Sacrificing a Dakar to help a colleague is the endorsement of a pilot who has more than enough pace to conquer the ‘Touareg’, but who knows how to play the role he has to play in every moment. After showing the world that he has talent and word in equal parts, Gerard Farrés hopes to have enough support to be able to compete with greater freedom next year.

Is it better to fry with olive oil or sunflower oil? The choice of oil matters more than it seems