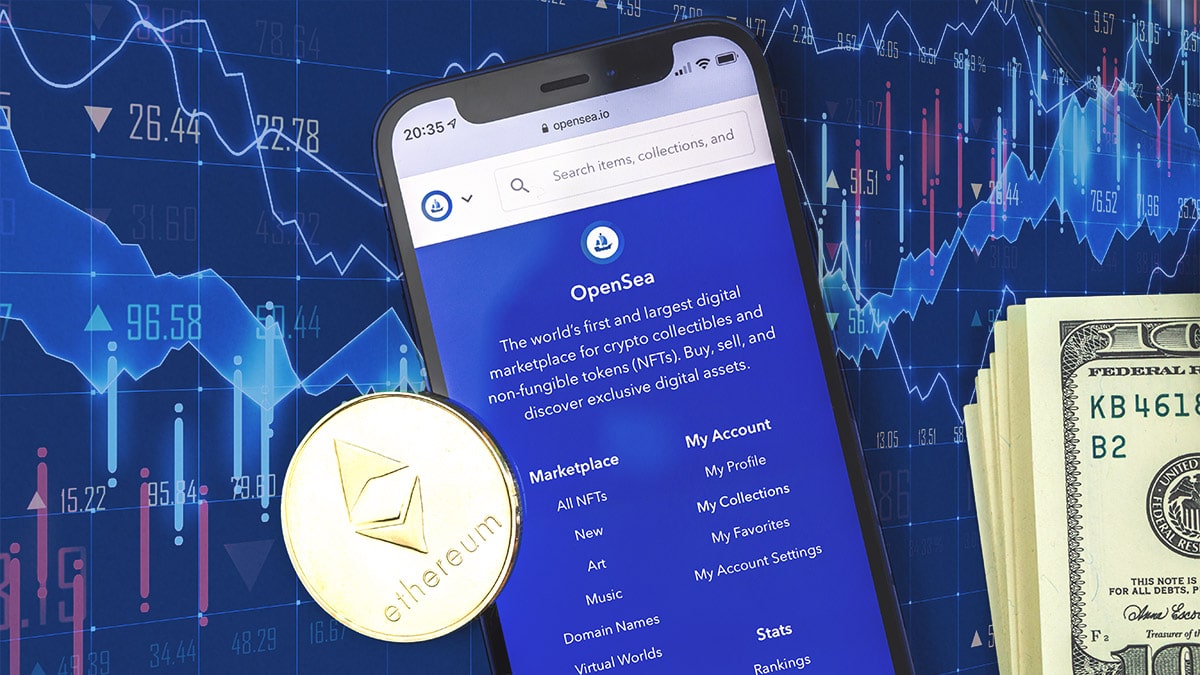 A relatively independent market from the rest of the ecosystem. That’s blockchain analytics firm Coin Metrics’ approach to non-fungible token (NFT) trading. According to the company, they do not show a permanent correlation with the price of ether (ETH), the Ethereum cryptocurrency with which these collectibles are usually traded.

In his most recent weekly installment of “The State of the Network”, Coin Metrics reminds that most of the NFT they are bought and sold using the native cryptocurrency of the Ethereum network.

For this reason, they suggest, it is often thought that the growth in the price of ETH could somehow harm the sales of collectible tokens, and vice versa. This appears to be the case during some particularly extreme price fluctuations.

However, and looking at the data, “there does not seem to be a constant correlation between the volume of sales and the price of ETH.” That is to say, sometimes they are highly correlated – as was the case in August 2021 – but at other times that correlation falls to a minimum.

“Although it is still early days to tell, it appears that NFTs are a relatively independent market and, for the most part, can move separately from the rest of the cryptocurrency market.”

In its report, Coin Metrics made particular mention of OpenSea, one of the most important NFT marketplaces in the ecosystem. The firm acknowledges that this site for trading and auctioning collectible tokens has an application programming interface (API) that can be used to access specific data about assets and collections traded on that portal.

Read:  Paolo Ardoino, the CTO of Theter indicates that the coin did not lose value or market capitalization with the recent fall of Terra

However, and as OpenSea operates on the Ethereum blockchain, every transaction that is executed in that market is registered in the chain, so the full sales history can be accessed without having to rely on the API.

Building on that, Coin Metrics highlights that OpenSea’s sales volume exceeded, in January 2022 alone, USD 200 million per day. This is more than the daily sales volume seen during the summer of 2021. Even, and with the drop seen in the last week of the first month of this year, “the number of unique sales was also close to all-time highs,” they indicated. .

This is consistent with the CriptoNoticias report on January 18, when, at that time, it was already seen that OpenSea’s daily sales volume exceeded USD 100 million, following data from the firm Dune Analytics.

The highest sales in OpenSea occurred during last August

Coin Metrics also highlights that important sales within OpenSea occurred more frequently last year, more precisely in the middle, reaching sales of over 100 ETH in early August 2021 and peaking towards the end of the month.

The firm reveals that, in the case of the Art Blocks Curared collection, a large number of significant sales were recorded during the past summer. The same thing happened with Bored Ape Yacht Club (BAYC), one of the most famous token collections and that more sales registered in OpenSea the year just ended.

“The average sale price (in ETH) varies from project to project. While some NFT collections have been consistently successful, others have had big spikes and dips. Top-tier profile picture projects like BAYC and Doodles have seen relatively steady average price growth. But other collections, like Art Blocks Curated, peaked over the summer and haven’t fully recovered yet.”