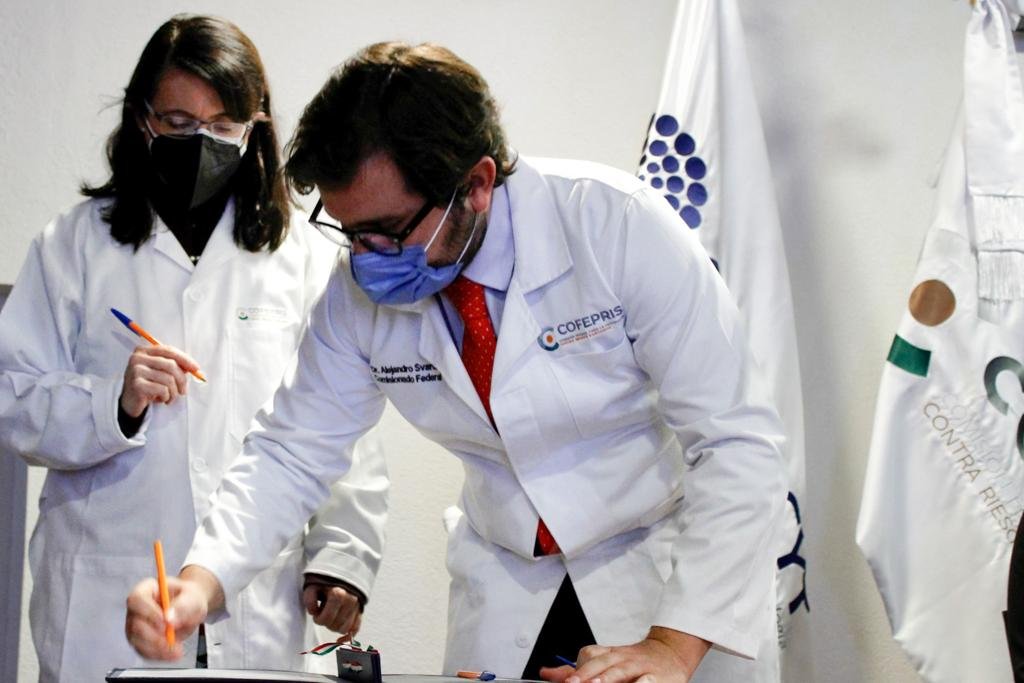 On many occasions it is thought that innovations such as Medical technologies are exclusive to first world nations. Although many times this is the case, in reality any nation can stand out in this area. The problem is that many do not have the adequate budget.

With this in mind, the Federal Commission for the Protection against Sanitary Risks (Cofepris) and the National Council for Science and Technology (Conacyt) signed an inter-institutional articulation framework agreement and two specific ones. The general objective is to continue with the sum of efforts in the investigation of priority issues around a national agenda, such as health care and food for the people of Mexico.

The event was led by the heads of both institutions, Alejandro Svarch Pérez and María Elena Álvarez-Buylla Roces. Both stressed that this strategic alliance will be the trigger for various 100 percent Mexican scientific developments and will lay the foundations for repositioning Mexico as a benchmark in Latin America in the regulatory and transformative innovation.

The head of Conacyt pointed out that these agreements provide that the Mexican State be one of the holders, or the only holder, of the intellectual and industrial property rights of those technological developments financed with the treasury and derived from these agreements, which will compensate the benefit of the people of Mexico.

@Cofepris Y @Conacyt are committed to promoting research and innovation through the signing of 3 strategic agreements on priority issues around a national agenda. ✅🫱🏻‍🫲🏼🖋️

Likewise, the agreements establish the exchange of technical information and the organization of working groups in matters of health, food and prevention of socio-environmental risks. In addition to the fact that Cofepris will be strengthened with the incorporation of young scientists assigned to the Conacyt’s Researchers and Researchers for Mexico program.

Read:  5 tips to take care of your baby's skin

The General Director Álvarez-Buylla highlighted the joint work that both institutions have been carrying out.

“Mexico advances more and more along the luminous path of transformation. Today we overcome the lightness of the speeches of good intentions and celebrate the substantive and harmonious collaboration, through the articulation of capacities”.

In this sense, he pointed out that Conacyt will provide technical assistance to Cofepris for priority projects promoted by Pronaces Salud, such as medical devices, drugs, biopharmaceuticals, bio-inputs and food.

The head of Cofepris, Alejandro Svarch Pérez, stressed that the agreements mark a new paradigm in health surveillance. In addition to a new model that pays attention to the entire life cycle of medicines, leaving behind ineffective models, which today make way for a new comprehensive, transformative regulation focused on the interests of health and the population.

He emphasized recent advances in science and technology, such as the sequencing of the human genome, advances in the application of nanotechnology to new medical products, or the speed and efficiency with which vaccines against COVID-19 were produced, which have the potential to transform our ability to prevent, diagnose and treat other diseases.

“Science and Mexican regulation can play an important role in imagining possibilities for well-being and applying them in strategies that protect the population against present and future health risks.”

It should be noted that the collaborative framework instrument for the development of medical technologies establishes five mechanisms that cover the exchange of information on technical, health and risk prevention matters; realization of work tables; joint analysis on issues that comply with the commitments of both organizations; promote and implement mechanisms and, finally, reports on the results of the actions promoted.