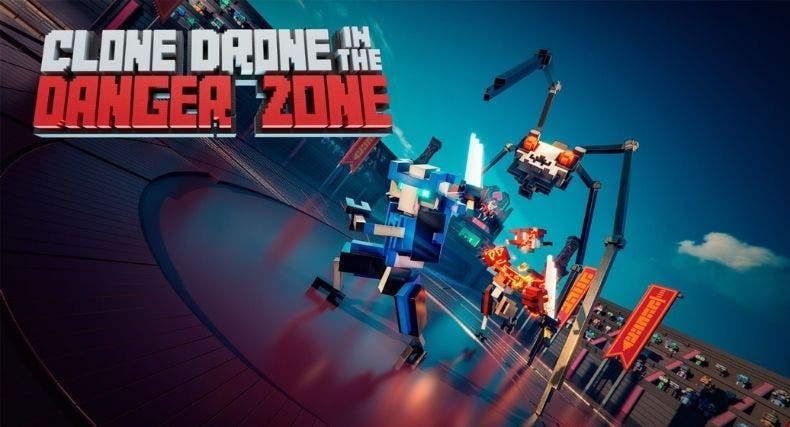 What if your mind is unloaded on the body of a gladiator robot? You can find out in Clone Drone in the Danger Zone, which is already available in Xbox. This action game created by Doborog Games offers us intense sinister tests where we will have to survive in the sand.

Clone Drone in the Danger Zone It has a rather epic story mode in which human challenge is combined with laser swords. We must be very careful since the developers have not limited with the dismemberment and our adversaries can cut us any part of the body.

The game has an Endless mode, in which we can face 86 levels that have 7 difficulty phases. Without a doubt, this will be a challenge worth fighting, but the big question is, will we be able to survive until the Titanium phase?

However, that is not all, since Clone Drone in the Danger Zone It also offers us a mode called Challenge, where we will only have a weapon, such as a bow or a hammer to defend ourselves in combat. Things will get more and more complicated for us and we will have to bring out our fighting skills to be victorious.

Clone Drone in the Danger Zone It has several multiplayer modes so that we can compete with more friends and show who is the best in the arena. We will have the Last Robot Standing mode, a mode that has a style very similar to the Battle Royal with sessions of 5 to 10 minutes of combat that we can share with a maximum of 15 players.

We will also have the Private Duels mode where we will enjoy a one-on-one duel. And we cannot forget the Online Cooperative mode, where we must make the most of the power of human friendship and laser swords to survive in the arena with a maximum of 5 people.

Remember that you can find Clone Drone in the Danger Zone available in the Microsoft Store At a price of € 19.99.

The most spectacular rays that have been identified: more than 16 seconds long and more than 700 kilometers long