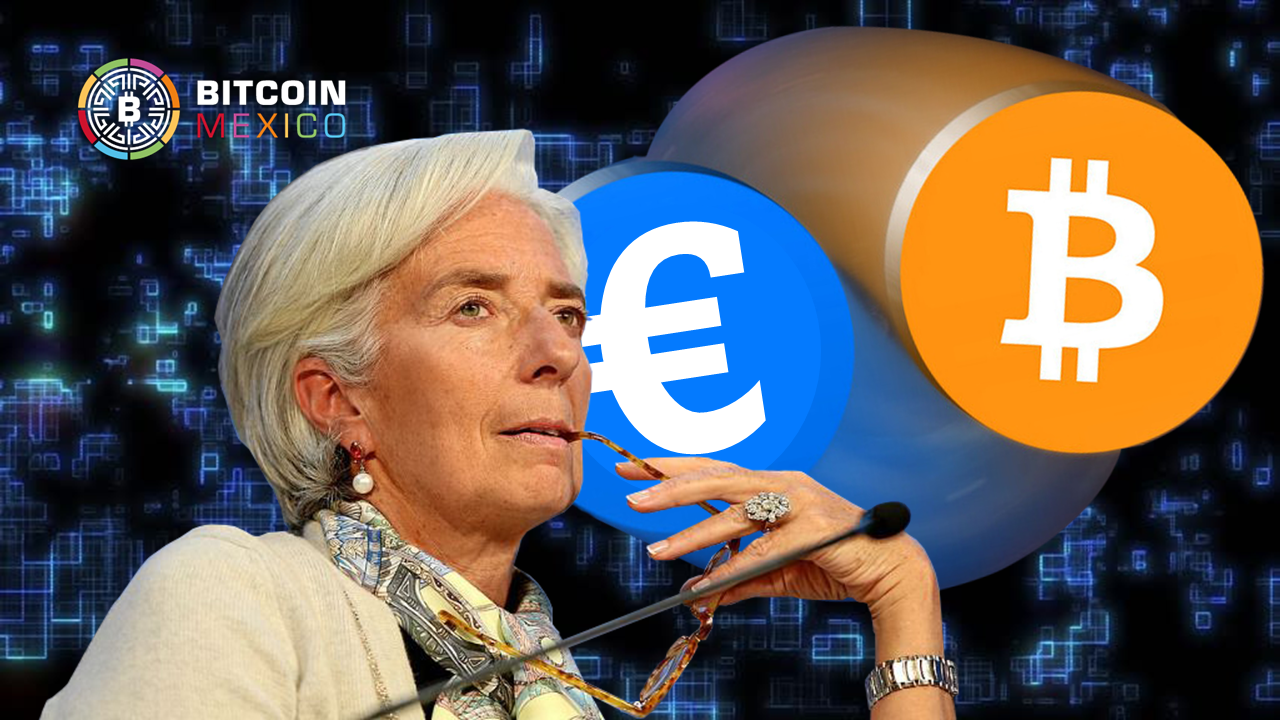 The appearance of cryptocurrencies revolutionized the world economy, and such a revolution brings with it advantages for one party and disadvantages for another. Traditional finance fears losing its position of privilege and leaves you scarred at every opportunity.

The latest statements by the President of the European Central Bank (ECB), Christine Lagarde, make this very clear.

Fall of the euro and economic packages

In an interview on the Dutch program College Tour, The president was questioned about printing money as part of the economic rescue package due to the health crisis due to the Covid-19 pandemic.

This overprinting of cash has led to the value of the euro falling against the US dollar and closer to 1:1 parity. and it is that according to CoinDesk The latest EU report estimated euro zone inflation at 7.5% in April, down from 5.1% three months earlier and 1.6% a year earlier.

Lagarde assured that if the ECB had not intervened with “an emergency package of asset purchases when the COVID lockdowns began”, many of the economies of the European Union would have suffered a devastating blow. Despite efforts, today there are several countries facing a crisis without precedent in recent decades.

The interviewer asked Lagarde if she was not worried that the current balance was 8 billion euros. She answered yes and that they work to reduce money in circulation. When the journalist asked her how, the ECB president gave an unconvincing answer.

“It will come, it will come, in due time,” he replied. More than a precise concept, this seems to mean that Lagarde has no answer to the question. Will there be burning of money to reduce the amount? It has never happened in history.

This mechanism is typical of cryptocurrencies, which reduce their currency by burning tokens. The team behind Pancakeswap (CAKE), for example, does it consistently. Bitcoin, on the other hand, has a limited currency, so this intervention is not necessary.

The public also questioned Lagarde and asked if she had any digital assets. She, as she marks her policy, assured that she does not have and will not have since she considers that they have no value. However, he did reveal that his son has invested in cryptocurrencies. Are you in profit or loss? “If he has lost, he would not tell me,” she assured.

The excessive energy consumption of Bitcoin or Ethereum mining has always been questioned by the authorities and Lagarde referred to the energy policy of the European Union.

“When I see European leaders who talk about common policies for the purchase of minerals, energy, I think that it is a fantastic decision. We can undertake joint actions when making our purchasess”, and continued, “hehe war has shown us how weak we are by playing so open, but it has also allowed us to realize how powerful we are if we stick together. When it flexes, Europe is an incredible force.”.

The President of Spain, Pedro Sánchez, was the one who led the first proposal for a common energy policy and has invited his peers from Portugal, Italy, Greece, Belgium and Romania in a first step.

While Lagarde is in the care of the euro, her son takes refuge in digital assets. Will he have understood the message?

Free games for the weekend along with Horizon Zero Dawn, Assassin’s Creed Valhalla and 12 other offers and sales that you should take advantage...

What is the real reason why Tobirama hated the Uchiha clan in Naruto: Shippūden