Bullfrag
Home Science Changes for the better in the menu available in work cafeterias suggest... 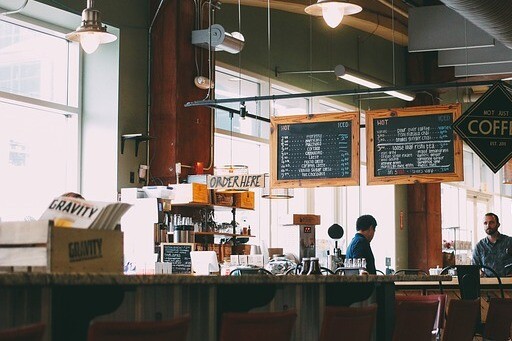 Researchers from the University of Cambridge argue that simple interventions such as changing the menu available in a cafeteria or bar could help address obesity levels. To demonstrate this, he has carried out the following study.

The importance of the environment

In the largest study of its kind, a team from the University of Cambridge evaluated the impact on purchased calories of changing both portion sizes and the availability of some higher calorie foods and beverages in 19 workplace cafeterias for a period of six months.

The team located workplace cafeterias located in the distribution centers of a major UK supermarket chain. Over a 25-week period, the team, in collaboration with caterers, replaced some high-calorie foods and beverages with lower-calorie ones – for example, swapping bacon and cheese burgers for grilled chicken burgers. This led to a 4.8% reduction in the average number of calories purchased per day..

Next, in addition to reducing the availability of high-calorie foods and beverages, the team reduced the serving size of some higher calorie products by about 14% by volume, for example, by serving a smaller serving of lasagna or a serving of French fries or by reducing the number of meatballs in one serving. When both the availability and portion sizes of high-calorie foods and beverages were changed, this led to an 11.5% reduction in the average number of calories purchased per day compared to baseline. For the typical worker, this would be equivalent to eating about 50 kcal less per day.

Read:  everything we know about one of the greatest enigmas of the cosmos

Coffee shops saw a small drop in the amount of money withdrawn at checkout: 2.6% when only options availability was reduced and a 5.7% drop when portion sizes were also reduced.

The environments in which we live and work influence the types of food and beverages we consume. And people who live in less prosperous areas or with lower socioeconomic status tend, in part, to have reduced access to healthy foods and higher rates of obesity. The workplaces where the cafeterias were located were predominantly staffed by people working in manual occupations, who have, on average, worse health outcomes and higher body mass indexes (BMI) compared to those in non-manual occupations.

Thus, an important setting in which interventions could be implemented is cafeterias, such as those in schools, universities, and workplaces. The workplace is the most common place to eat outside the home, and generally constitutes 15% of the energy intake of working adults.