CES 2022: Asus introduced the new Zenbook notebook line with a foldable full-screen and a tribute to the P6300

By OliverJanuary 6, 2022No Comments5 Mins Read 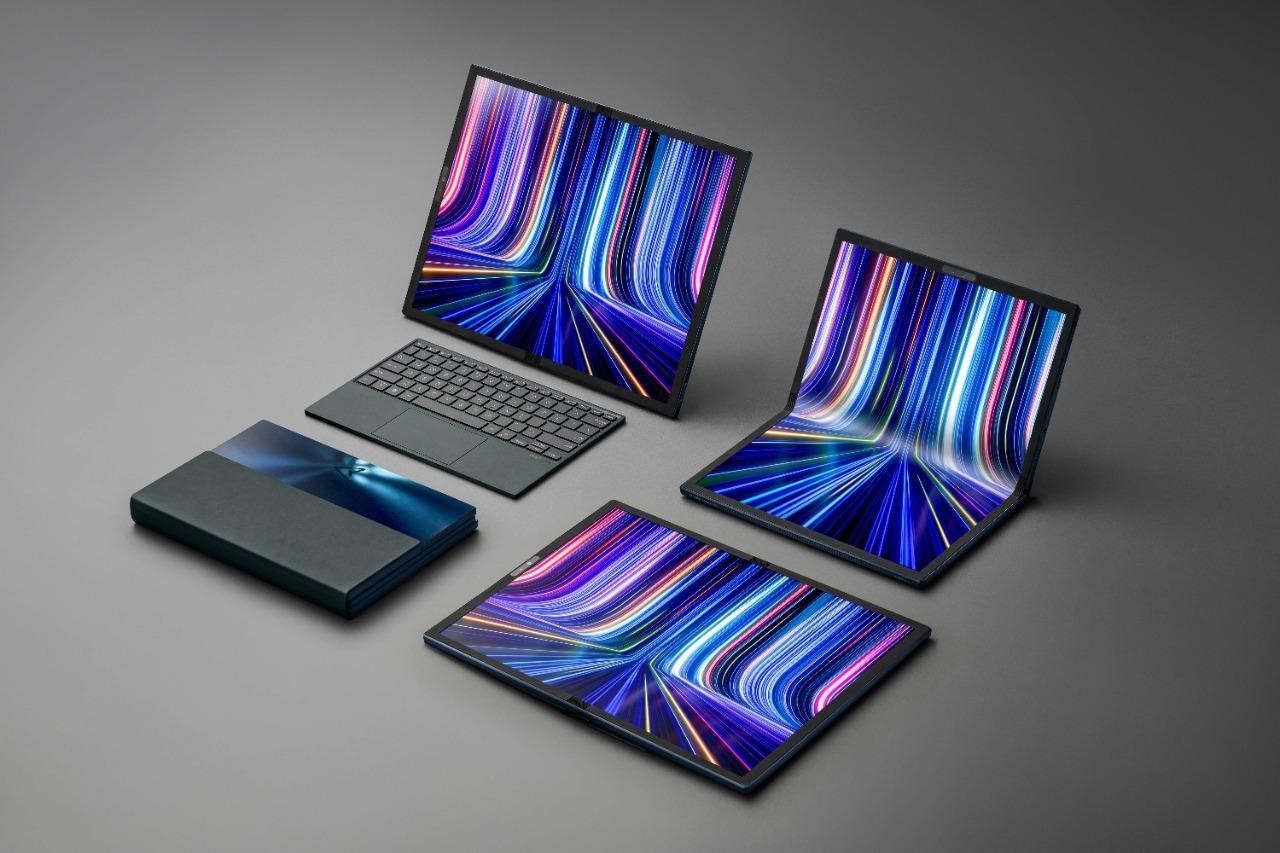 In the framework of CES 2022, Asus presented the new line of Zenbook laptops with a Space Edition to pay tribute to the legendary P6300.

Asus took his steps by CES 2022, the most important technology fair in the world, and presented the new line of Zenbook with the model Zenbook 17 Fold OLED Y Zenbook 14X OLED Space Edition at the helm and with a launch for this year.

The new one Zenbook 17 Fold OLED stands out, first of all, for its screens: it integrates a huge 17.3 ”panel with 2.5K resolution and 16:10 aspect ratio that folds in the middle and presents two 12.5” screens with aspect ratio 3: 2 and 1920 × 1280 resolution. The screen developed it Asus In collaboration with Intel Y BOE Technology GroupAnd when fully folded with its 180 ° hinge the device comes in a convenient 12.5 ”size, similar to an A4 sheet.

Inside the device we find a CPU Intel Core i7 12th generation U-series with integrated graphics Intel Iris Xe, 16 GB of RAM, a 1 TB PCIe 4.0 SSD and two USB-C Thunderbolt 4 ports that support fast charging with the 75Wh battery and connections to external displays. The Zenbook 17 Fold OLED Can be used in laptop, tablet, on-screen keyboard, book and extension mode: the OLED screen is touch sensitive and can be divided into multiple windows to multitask. On the other hand, the brand confirmed that the panel is certified Dolby Vision validated by PANTONE and certification TUV Rheinland to reduce harmful light.

Other characteristics of the Zenbook 17 Fold OLED point to speaker system Harman Kardon with a sound system Dolby Atmos, and various AI-powered features such as camera user detection, automatic brightness adjustment, plus a 5MP camera for video calling and a touchpad keyboard Asus ErgoSense Bluetooth that guarantees comfortable writing with a distance of 19.05mm between the centers of each key and a depth of 1.4mm.

Asus gave us a look at the new line of Zenbook, with Zenbook 14 OLED Leading the way: it is a laptop with a 14 ”OLED panel with a 16:10 aspect ratio with 2.8K resolution and 90Hz. Inside it has a CPU Intel Core i7 12th generation P series or AMD Ryzen 5000 series, plus a 75Wh battery and sound system Dolby Atmos certified by Harman Kardon. Components were tested for military-grade durability, based on Asus.

Zenbook 14 OLED It will be marketed in two models: Aqua celadon or Ponder blue (UX3402) Y Jade black (UM3402). The former has a cover design inspired by Kintsugi from Japanese culture, and both models feature the new monogram logo.

Within the framework of CES 2022, Asus also announced the Zenbook 14X OLED Space Edition, a special edition of the notebook that pays tribute to the famous Asus P6300, a computer that spent more than 600 days in orbit on the MIR space station, the first long-term research station inhabited in space. “While the Asus laptop was on board, MIR faced power outages and fires, but the computer lasted the entire mission without flaws” secured the brand.

However, the highlight of this laptop is in the smart display ZenVision, a 3.5 ”OLED companion screen mounted externally on the lid to display notifications of all kinds in a unique design. And speaking of design, Asus ensures that the Zenbook 14X OLED Space Edition was built for “Withstand the rigors of space travel”, thus complying with the test protocols of the US space systems command standard SMC-S-016A. According to the company, it is capable of withstanding extreme vibrations that are “4 times bigger” than tests on standard laptops, plus extreme climates in temperatures between -24 ° and 61 ° C.