Carlos Sainz; possible sanction, problems with the Ferrari clutch and being number 2 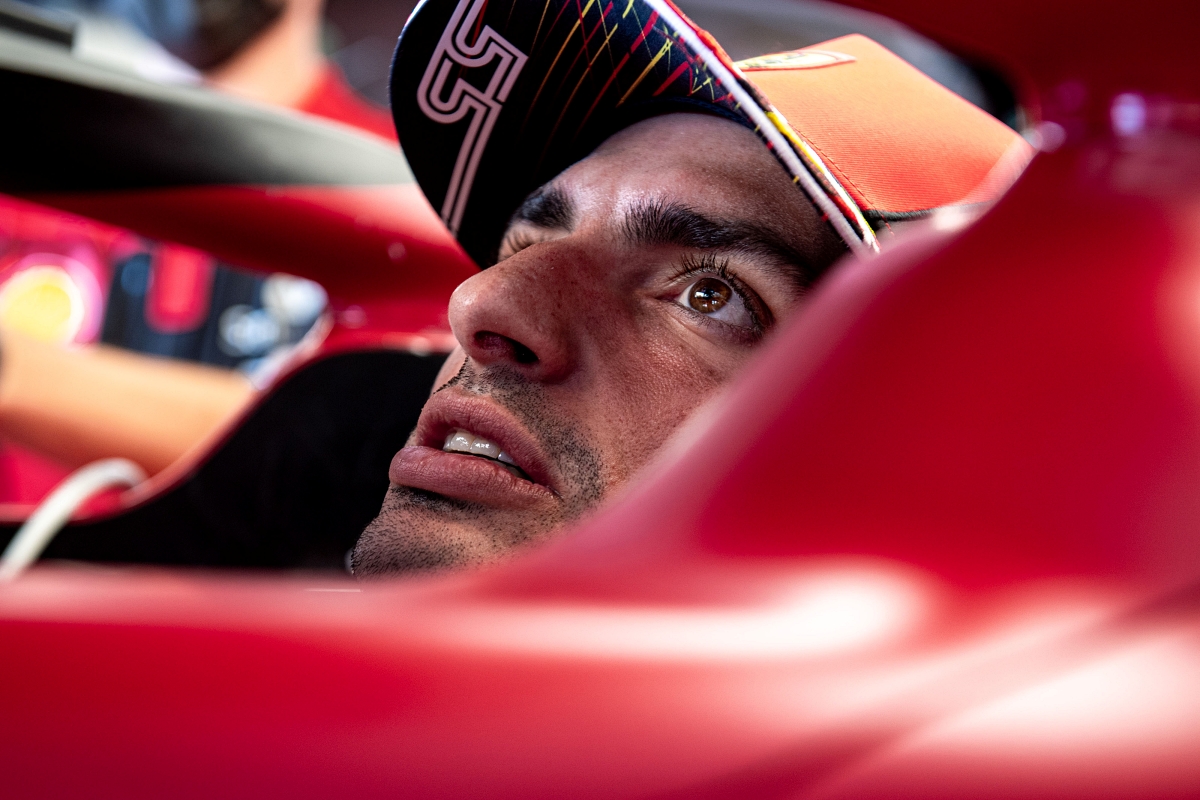 Carlos Sainz’s 2022 season is being hectic, as is often the case with leading teams. The Spanish rider has already taken the pressure off of victory, but he still has many other matters to resolve.

Carlos Sainz has spoken before the press in the preview of the French Grand Prixbeing one of the most requested drivers after his spectacular abandonment due to engine failure in the last race held in Austria.

Not in vain, his fourth zero of the year has had repercussions, not only for the championship, but in other types of issues.

The first one is the already inevitable penalty for exceeding component limit of the power unit set by regulation. The only thing that remains to be determined is whether said sanction will come this weekend in France or later.

“There is nothing left of the engine and the chassis is fine, which is a good thing”, begins by saying Carlos Sainz when asked about the fire in Austria. «We will see how it will affect me, it is something that we are evaluating now. I have more engines that aren’t broken, like 1 and 2, but I’m just short on mileage and they’re at risk. That is why there is the possibility that we will penalize (in France), but it is not entirely certain.

Index hide
1 Apologies to the Austrian stewards
2 Sainz’s aspirations for the championship
2.1 Squire of Charles Leclerc
2.1.1 Carlos Sainz’s response to those who have stopped having faith in him

Apologies to the Austrian stewards

Another consequence of abandoning Carlos Sainz at the Red Bull Ring has been the reaction of the stewards of the Austrian circuit to the words of the Spanish driver after their slow response once the fire started.

And Carlos Sainz wanted to clarify some words that were understood as a criticism. “The FIA ​​rules regarding recoveries and interventions on the track have been drastically tightened. I read the article that came out. I can understand why they wrote it because what I said after the race could have felt like criticism.”.

«I did not intend to criticize because I am the first to speak highly of the stewards, how heroes they are, the way they volunteer in these kinds of situations and how they protect us”, clarifies Sainz.

“I never wanted it to sound like criticism to anyone. I just wanted to make sure it was looked at to see where we can do better next time, because It was not a pleasant moment in the car».

Of course, Carlos Sainz considers that the procedure established by the FIA ​​in situations such as the one that occurred in Austria must be reviewed to make it more agile.

“If this is the correct procedure, then I think we need to shorten the turnaround time for these procedures, which is what I will discuss with the FIA.. I’m sure there’s room for improvement, especially in the heat of the moment. We have to evaluate how we can make the procedure faster. If the car goes backwards, how can you react faster? I think it’s worth comparing.”

Read:  Unveiled the interior of the Mercedes EQE SUV in a first preview of the electric SUV

Sainz’s aspirations for the championship

On a more global level, Carlos Sainz’s zero in Austria has completely shattered his hopes for the championship, as it has left him 75 points behind the leader, Max Verstappen.

“I collected a lot of points, which raised my hopes of getting back into the championship. That’s why zero comes at an inopportune moment. The good thing is that, if we put it all together, we can win all the races, ”explains a Sainz who remains optimistic.

“The car is super strong and gets better with every race.. We are constantly finding lap times and there is still half a season to go, which is good news for us.”

A Ferrari F1-75 that he is proving capable of winning races in all kinds of circumstances, but that he still has aspects to improve. One of them is the response on the outputs.

“We have identified a problem with our car that it does not allow us to have the same starting performance that we had last yearand it is a problem that I share with all the pilots who use our engine”, reveals Carlos Sainz.

“We know where the problem is, but for now I’m not saying anything else, we keep it. We’re probably not making the best starts we could have, but hopefully we can continue to improve throughout the year.”

The final consequence of the abandonment of Austria is that Ferrari could make the decision to place Carlos Sainz in the service of Charles Leclerc, second in the championship at 38 points by Max Verstappen.

“None of that has come to me. I arrive every weekend knowing that I can fight freely with Charles, although you always respect your partner more. I come here with the same mindset. When that time comes, it will be communicated… I hope»declares the man from Madrid.

This weekend in France and the following in Hungary, very high temperatures are expected as a result of the heat wave that affects almost all of Europe. Carlos Sainz has been asked about how he manages the heat in the competition.

“Nothing can help me except a cold bath before I get in the car. I usually do that and it really helps me. It is important to be prepared for this heat in Europe, that’s why I’ve been training a lot in these temperatures lately, so that when I get in the car it feels normal»it is finished.

Is it possible to play with a video game console connected to a notebook screen?

BlockFi files for bankruptcy, as many expected, citing FTX collapse as cause of its problems