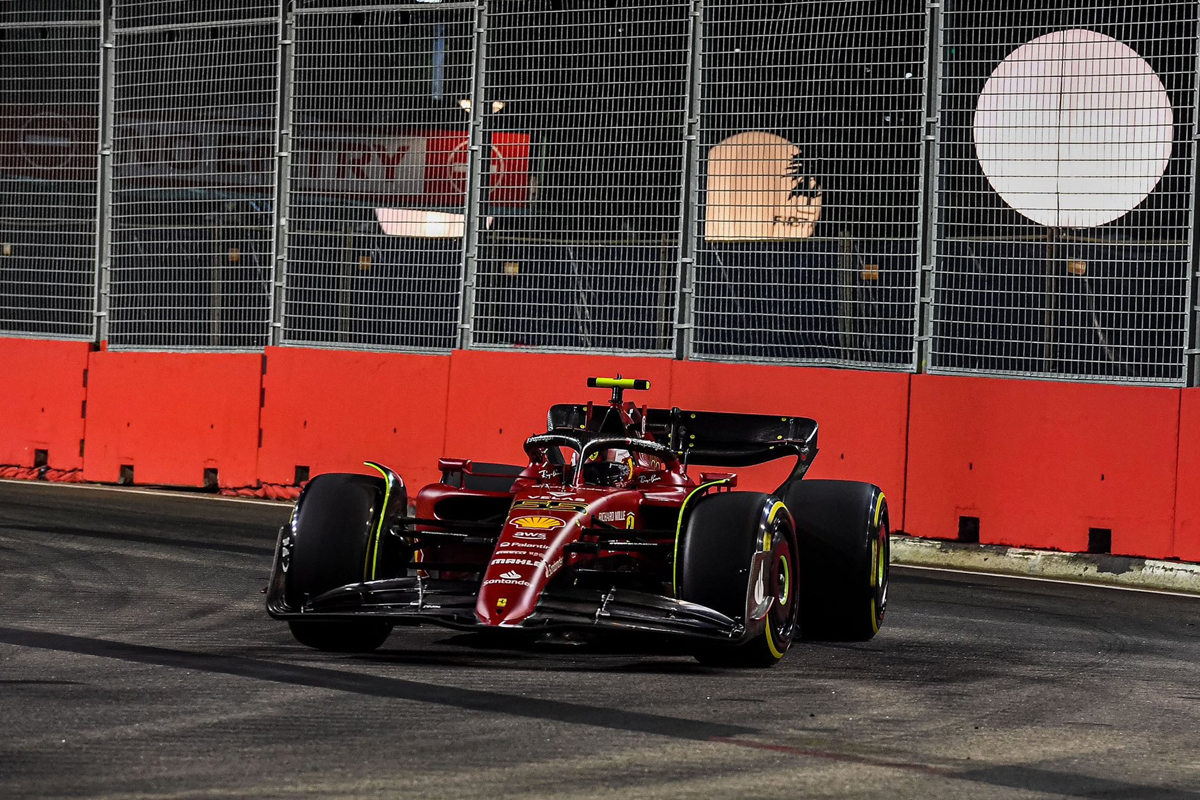 Carlos Sainz set the fastest time on the first day of the Singapore GP after beating his teammate Charles Leclerc in FP2. Good feelings at Ferrari, although there are still things to polish at Marina Bay.

Carlos Sainz and Ferrari have started the Singapore GP on the right foot. Two years after the last race on this stage, the ‘Cavallino Prancing’ cars have shown great potential at the Marina Bay circuit. In fact, Sainz finished with the best time of the day after dominating FP2 ahead of Charles Leclerc. The Spaniard sees room for improvement, but not only at Ferrari.

Times in hand, the first day of the Singapore GP has been perfect for the Ferrari team. However, you have to read a little further. Carlos Sainz has had problems with the balance of the car during FP1, while Charles Leclerc did fewer laps than initially planned due to some problems with the car and its configuration. Thus, there is still work to be done.

“I think we all have room for improvement for tomorrow. Both Ferrari and Red Bull and Mercedes will take a step forward.”

With this in mind, Carlos Sainz He acknowledged: “It has been a busy first day in Singapore. We managed to complete the race plan, but we also faced some challenges, especially with the set-up and balance of the car. We didn’t find the right window in FP1, but we managed to improve the feeling of the car in FP2».

Always prudent, Sainz acknowledges that «we still have to work a bit and find a little more time per lap, especially on long runs. We are ready for a close battle at the headSo we have to try to maximize all aspects of the weekend.”

Knowing that Red Bull and Mercedes have not shown all their cards either and have room for improvement, Sainz is clear: «There have been a couple of pilots with problems and they haven’t done their best laps. I think we all have room for improvement for tomorrow. Both the Ferraris and the Red Bulls, but also Mercedes will take a step tomorrow. We’ll see who has more margin.”

Apart from this point, Carlos was somewhat surprised by the conditions of the circuit: «In Free Practice 1 it was surprising how bumpy the track was. Asphalt has evolved, but not too much. It was tricky to get the soft tire working today, we were all hoping it would be a second quicker. We still have to work and find something there tomorrow».

Charles has gotten off to a bad start in Singapore, since in FP1 he had to return to the box after a single lap with problems in the brake system. Already in FP2, the Monegasque driver could not work normally either, as the team decided to apply a change to the car’s settings. Adjustment that on the other hand has allowed Leclerc take a step forward in the final stretch of the session.

“Our performance was good, but today we had a limited work. It’s not ideal, so we have to make sure we have a clean FP3 to improve our race pace as well. Our qualifying pace looks strong and we’re aiming for pole” has explained charles leclerc.

Spotify Wrapped 2022 is now ready for launch: this is all you need to know