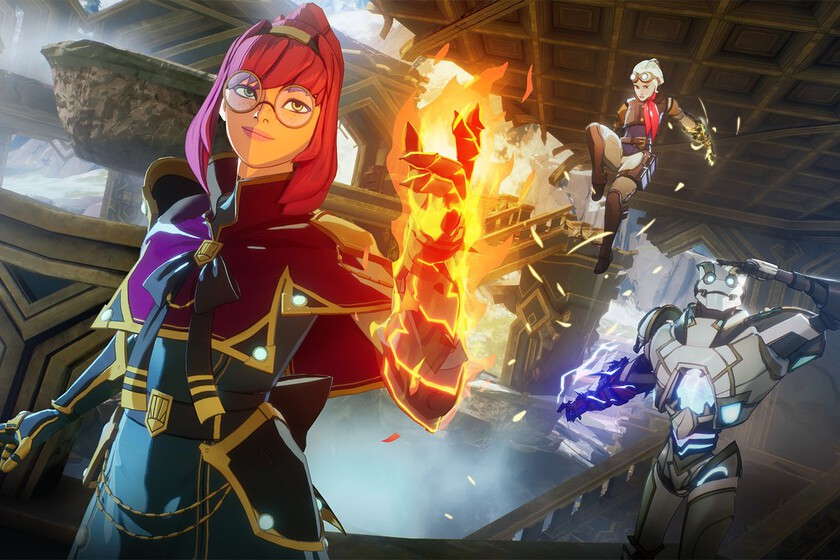 It is seen that for Blizzard Entertainment the expansion World of Warcraft: Dragonflight will not be one more and wants to put all the meat on the grill to make it unforgettable. To this end he has just communicated that has acquired the company Proletariat to reinforce the team in charge of working on the popular MMORPG.

The name may not sound familiar to you, but this studio based in Boston and made up of a total of 100 employees is responsible for spell breaka Battle Royale with fights between wizards and sorcerers that the truth is that its days are numbered, because in the last few hours it has been confirmed that it will close its servers in 2023.

Its managers wanted to thank the entire community for the support they have been given over the last four years, pointing out that all the experience they have accumulated will help them tackle new projects. In fact, now we know exactly which one of them will be, because Proletariat will be dedicated to improving World of Warcraft as much as possible.

The figures of the purchase that has been made have not been provided, although Mike Ybarra, president of Blizzard Entertainment, wanted to highlight how well the help of Proletariat will do the game to meet the expectations of the community and with the planned dates. for the team:

We are putting players at the forefront of everything we do and are working hard to meet and exceed their expectations. A big part of taking care of our teams is making sure we have the resources to produce experiences that the community will love while giving our teams room to explore more creative opportunities. Proletariat fits right in with the mission of supporting Blizzard and bringing high-quality content to our players more often.

For his part, John Hight, CEO of world of warcrafthas recognized that users are always looking forward to the publication of new content and it is necessary increase the frequency with which they arrive. A few words supported by Seth Sivak, president of Proletariat, who has admitted that this opportunity has been excellent for the studio:

Read:  Which countries in the world do the rich move to and which ones do they escape from, on a detailed map

As we looked at what the next step would be for Proletariat, this opportunity only meant that we could accelerate what we wanted to do. Being able to work for the World of Warcraft audience is truly amazing. And the level of ambition that I think both teams have about where we want to take World of Warcraft is very exciting for us.

Time will tell to what extent the presence of Proletariat is noticeable in the development of World of Warcraft: Dragonflight and in the future of the MMORPG. The expansion is scheduled to be released at the end of 2022 and at the moment we already know what its requirements will be and the different editions with which it will go on sale.

Kirby’s Dream Buffet: the Fall Guys-style game will not be free to play, but we can eat strawberries

Prey: All the Predator Saga Easter Eggs You Probably Didn’t See in the Movie