Black Friday and Christmas, will we buy less this year? 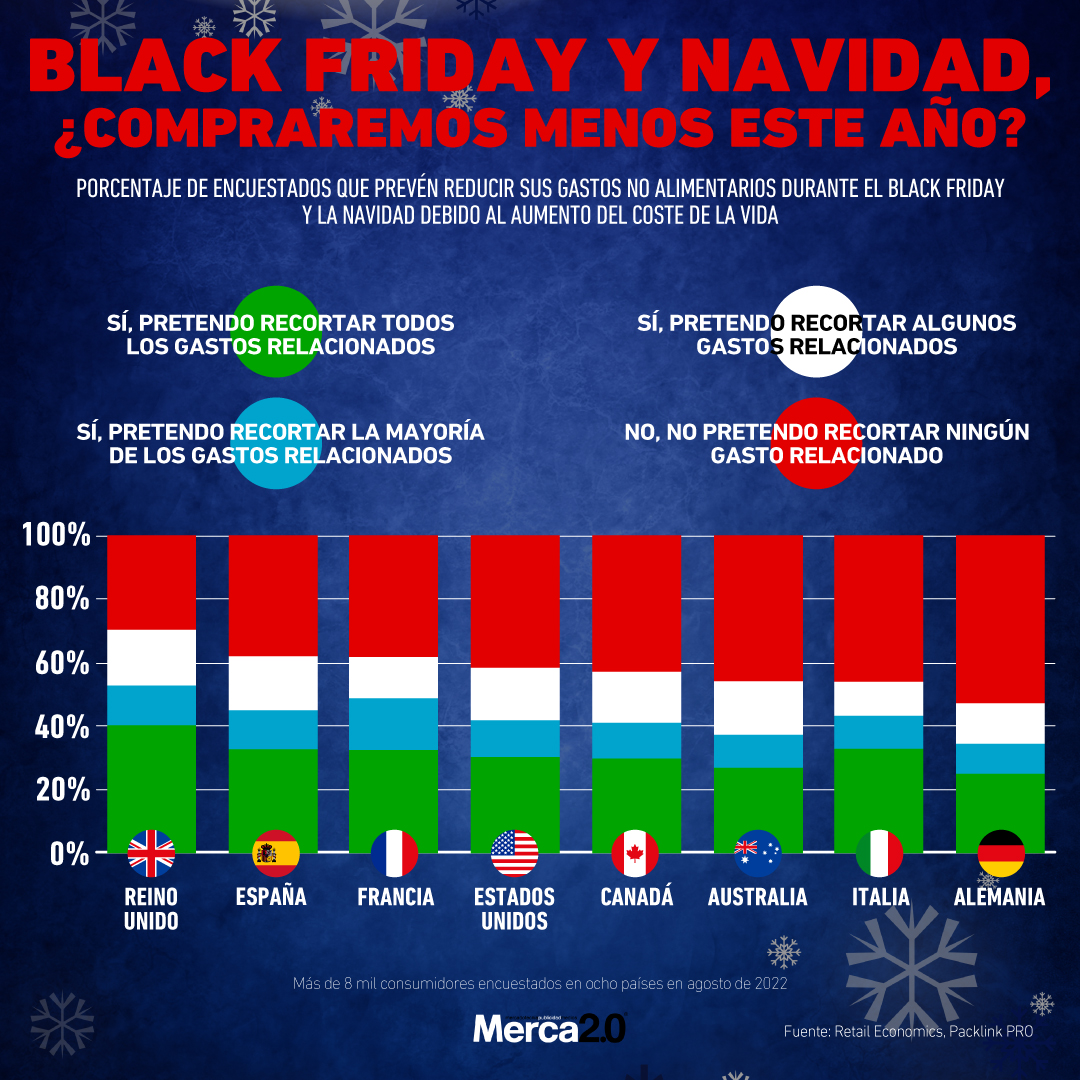 A recent survey carried out in eight countries has revealed what the shopping trends will be around Black Friday and Christmas, two of the traditionally highest sales/purchase periods.

The December season is, without a doubt, the strongest of the year, not only in terms of expenses, but also in terms of emotion, because for some people it is about closing a cycle; finish a year, however difficult it may have been, and start the next one with the best vibes.

For Mexicans, the festivities, as such, start from December 12 to January 6, a period known as Guadalupe-Reyes, where events such as posadas, Christmas dinners, exchange of gifts and toys for children, among other expenses, which are added to the strongest of the month: Christmas and New Year’s dinners.

According to data from PicodiCome in The Latin American countries that generate the most expenses at these times are Chile, Mexico, Peru, Argentina and Brazil.

On the other hand, the distribution of expenses by Mexicans at Christmas time is as follows: a 51 percent on food for Christmas and New Year’s dinners; 43 percent in gifts for the family; 14 percent on home decorations; and 13 percent on gifts for friends and/or acquaintances. Now, this year, how do consumers experience shopping periods like Black Friday and Christmas?

Read:  Accelerate your learning process with this Misik product

Black Friday and Christmas, will we buy less this year?

According to the information collected by said platform, this year, more than half of consumers expect to cut non-food expenses to a greater or lesser extent during Black Friday and Christmas in seven of the markets analyzed.

Looking at the chart above, the UK is where spending is expected to drop by up to 70 per cent during the peak business period.