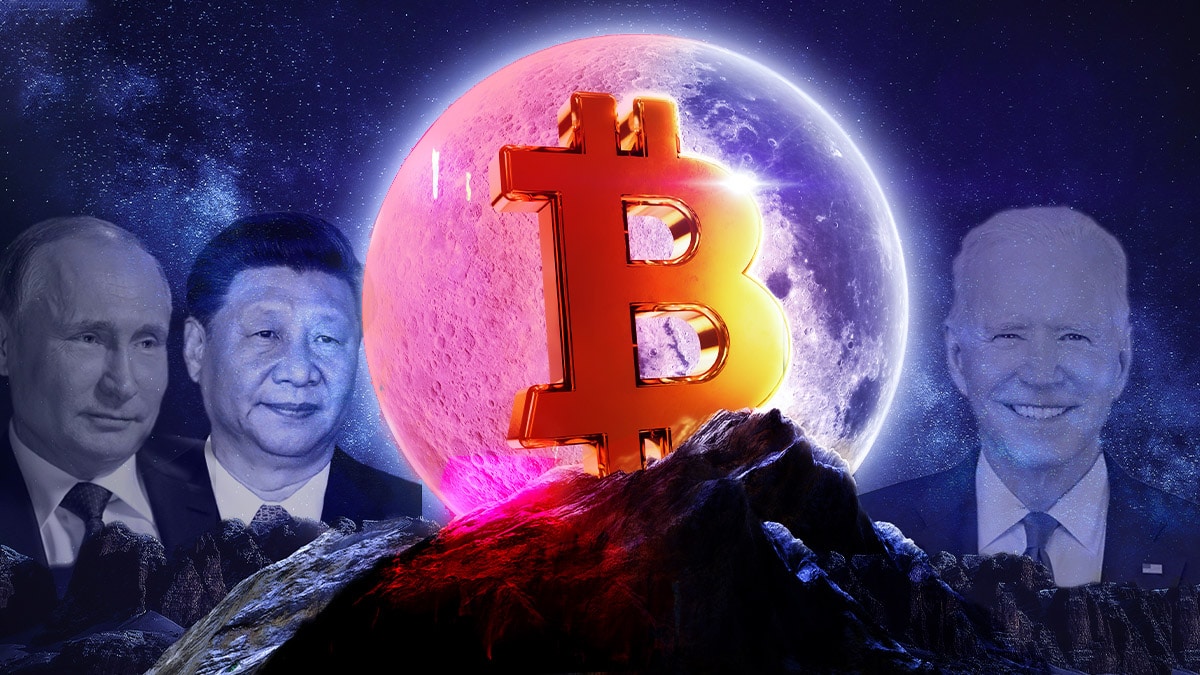 Share
Facebook Twitter LinkedIn Pinterest Email
Index hide
1 Key facts:
2 2021, the year to ban and adopt
3 Powerhouses Discuss Bitcoin Usage, Rest of World Just Watches
4 Countries will follow their allied powers
5 Bitcoin is not “Bitcoin” if it is not with self-custody
6 Neither prohibiting generates rejection nor regulate adoption
7 The world will fall apart

To regulate or not to regulate bitcoin, that is the dilemma. In a paraphrase of a famous play by Shakespeare, the world is currently debating what position to take on cryptocurrencies. Russia, the United States and China are the main powers that can decide the path.

It seems as if human nature defines that we should divide. From religion to the football team, the human being needs to belong to a faction. And this time it will be Bitcoin who defines which side to play.

Something interesting that has happened in recent days is that Russia’s position seems to have totally changed the game. After even being tempted to ban all activity with Bitcoin and cryptocurrencies within its borders, the current crisis caused by the war with Ukraine has led the Eurasian country to radically change its position towards Bitcoin, as they have considered advancing in terms of regulation rather than outright prohibition.

2021 was a key year for the adoption of Bitcoin, but also for its rejection; China made it official that any trade with bitcoin is considered illegal and carries fines and penalties. However, this case is quite particular since, according to CriptoNoticias, The Asian country already adds 8 prohibitions or vetoes to bitcoin over the years.

In the antipodes of this situation, El Salvador declared bitcoin as legal tender within the country, which made it the first nation to adopt it.

Between black and white inks, bitcoin was writing its history. With the vetoes in China towards Bitcoin miners, other countries were covering this quota, as was the case with Kazakhstan, or even the United States itself, which saw the hashrate increase.

The world seems to be headed for another cold war again; The United States and Russia seem further apart than ever, and Bitcoin is in the middle.

Russia is currently in a war against Ukraine which has ended up having an impact on the cryptocurrency markets since the States have begun to take a position on Bitcoin. This not only between the countries involved in the war, but also the great hegemoniesas is the case of the United States, who have turned their eyes against crypto assets.

Once the conflict began, the United States decided to sanction Russia, in an attempt to suffocate its economy and pressure for an end to hostilities. Before that, as I already told you, the Russian central bank proposed to make Bitcoin activities illegal in the country, as happened in China. However, due to current economic pressure, bitcoin now seems the escape measure in the face of these sanctions.

Given this situation, it has been known that the Russian Legislative Assembly or State Duma has advanced in discussions on a bill to regulate cryptocurrencies. But understand that regular is not always adopting. Since, as the Russian finance minister had suggested, banks would function as exchanges, and these would be the only national media between which bitcoin could be traded, without self-custody wallets. You could say that is not Bitcoin.

While Russia has changed its position on Bitcoin, the United States appears to have as well. It was recently known —which had already been anticipated since the beginning of February— that Joe Biden signed an executive order regarding the regulation of cryptocurrencies.

The United States has maintained an open stance on cryptocurrencies. It has become clear in the statements of some government representatives that the country does not intend to ban Bitcoin.

According to the executive order promulgated, the president asks institutions to improve their cooperation on the use and regulation of digital assets. This would also go hand in hand with the actions taken by the United States, those who want Russia to comply with the sanctions, trying to prevent a flight of capital to bitcoin. Such a situation led the US and Ukraine to ask for the collaboration of some exchanges to continue pressuring Russia.

The cards are drawn and the world is now debating: adopt or ban Bitcoin? Although more than 30 years have passed since the end of the cold war (1989), the world is still defined by the decisions of world powers.

Although each State is, in theory, independent, world trade and globalization can influence trends in their economies. An example of this can be China. Although the Asian country has decided to ban activities with Bitcoin, if Russia ends up being economically drowned – China being its main ally – it can lead to an economic opening for trade through cryptocurrency.

To the rest of the world, it appears that their position is to watch what positions their allies take. If the United States decides to ban -a scenario that I see as unlikely- surely many Latin American countries will join with this decision.

Although there are exceptions. El Salvador, for example, which has been called to the attention of the International Monetary Fund (IMF), has decided to continue on its pro-bitcoin path. The Central American nation made clear its position that it will not give in to US pressure.

Bitcoin is not “Bitcoin” if it is not with self-custody

As the different legislations worldwide on the adoption of Bitcoin advance, the position that various countries take on this tool, within world geopolitics, will be known. However, it is worth noting what can be understood by adoption, since many countries, such as Switzerland, allow the use of cryptocurrencies, but under a strict identity verification system. Question that totally distorts the real purpose of Bitcoin; that no state can control.

Russia has already advanced in a proposal for regulation through banks, who will be custodians of bitcoins. Europe, in compliance with the recommendations of the Financial Action Task Force (FATF), made regulatory proposals, but with strict monitoring controls.

One of the most controversial proposals is the one that requires exchange users to declare ownership of the different Bitcoin addresses.completely erasing the concept of privacy.

It seems that the countries will be governed according to the guidelines of their allies, since they will determine the conditions for bilateral trade, such as the requirement that the origin of the bitcoins transacted be known.

Regardless of the position that each country is taking against Bitcoin, one thing is clear to me: banning it will not stop people from using bitcoin or regulate it will generate adoption. El Salvador is the best example of this: it adopted Bitcoin in terms of making it legal tender without identity verification systems, and even so, a large part of the population rejects this technology, either for political reasons, or because it is new and “complicated” what can become.

Regarding the prohibitions, although it is not clear how much BTC can be exchanged in China, a country that has made any activity and trade with BTC illegal, I want to assume that Chinese holders did not leave their wallets behind for no reason, losing all of their funds. It is worth clarifying that, according to current regulations in China, having bitcoin is not illegal, but it is illegal to exchange or use it for the sale of goods and services. That’s the beauty of bitcoin self-custody: your keys, your bitcoins.

The world will fall apart

Seen what has been seen, as they would say in the popular colloquium, there seems to be a marked trend: countries will take directions to prohibit or allow bitcoin, each with their reasons. However, from my point of view, the reasons for banning bitcoin are behind how much control a state is capable of losing while keeping bitcoin on the spectrum of legality.

Being bitcoin a currency of all, not controlled by any governing body, economic policies are dictated by your algorithm and communitynot by a state. This may leave certain countries vulnerable to Bitcoin, allowing their citizens to have economic independence over the holding of their assets… ironic.

If a state cannot control bitcoin with regulations, be it through identity verification systems, escrow platforms, and so on, then it can lead to an outright ban, not only on its trading, but also on its holding. Although this remains to be seen.

In the case of those who adopt it, I think that the advantages offered by Bitcoin are in emerging economies. El Salvador is a great example of this. I could even cite Venezuela that, in the midst of such a deep crisis, its citizens saw in bitcoin an opportunity to get around the difficulties. To this issue it is also worth adding how much openness the different powers finally have, since, if they adopt bitcoin, for any small country with this currency it becomes a possible trading partner.

For now, the fate of the world remains to be seen, like a prefabricated phrase from some superhero comic or movie. Countries will align themselves according to their own economic interests as well as those of their allies within the context of Bitcoin. Although it can be said that bitcoin is unstoppable, with or without regulation.