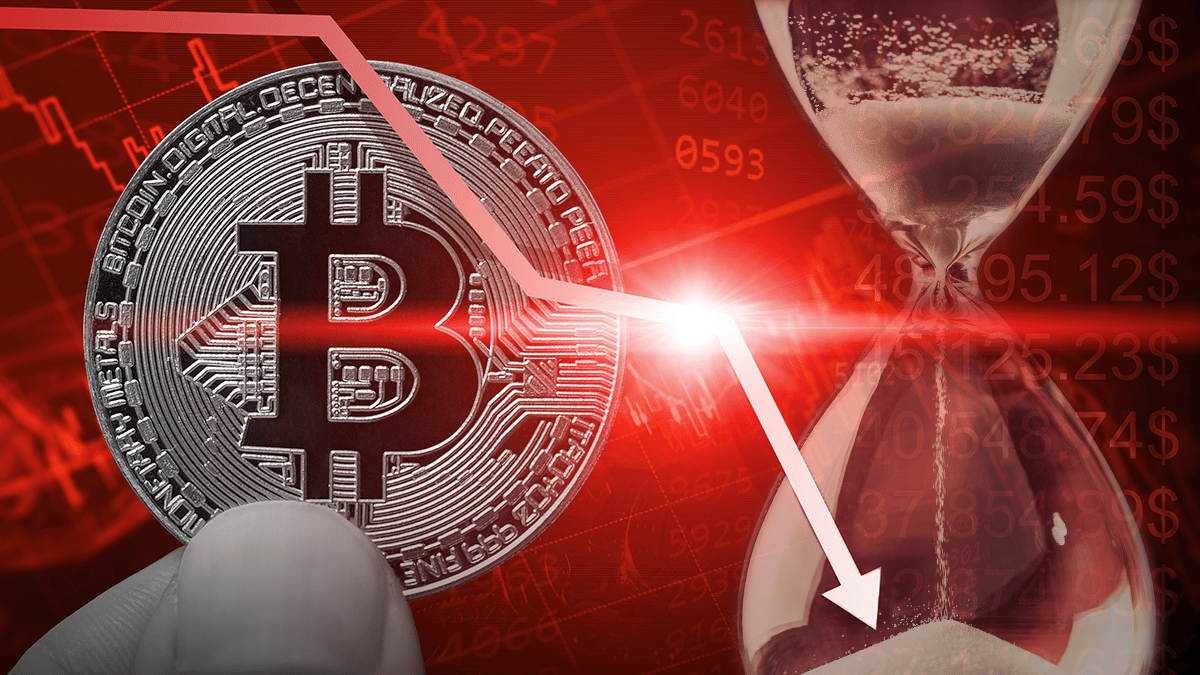 Index hide
1 Key facts:
2 The worst correction in the history of bitcoin?

The magnitude of bitcoin (BTC) corrections is usually estimated by the percentage drop in its price from the previous all-time high. In a Glassnode report published last Friday, June 24, this analytical firm maintains that the current correction is the most significant, since it considers the fall in price together with the duration of the correction and the liquidations that occurred in the bearish period.

There is another factor that could contribute to define the worst bearish period in the history of bitcoin: The closing of the month of June could be the first in which the price of BTC is below the moving average of 200 weeks. This metric is usually associated with the bottom of bitcoin in bearish times, with specific moments in which the price goes below it, before resuming an upward trend.

In the chart below, Glassnode highlights the percentage declines in the price of bitcoin since the previous ATH and its duration since the end of 2013. The maximum decline of 84% is recorded in January 2019, although in the previous bearish period there had been produced a very similar decline, of 83.8%.

As the chart shows, when bitcoin bottoms out, the price can fluctuate around that low for several months. At the beginning of 2015, a minimum price was registered, but there was a consolidation period of about nine months before the bullish breakout that culminated in December 2017 began.

A price consolidation of about four months is also observed at the beginning of 2019, while after the low that occurred in March 2020 due to the declaration of a pandemic, the recovery was much faster.

The worst correction in the history of bitcoin?

Regarding the most recent bitcoin correction, two criteria are used in the report from Glassnode. The first is the one that considers the price drop of 73.3% compared to the historical maximum of November 9, which results in a duration of 227 days of the correction for last Friday. But also consider the historical maximum of April 14, 2021 as a possible starting point of the bearish phase.and in this case, the duration of the correction would be 435 days, although the percentage drop is a little less than 70%.

Glassnode maintains that there are reasons to sign that the April 2021 high is the most appropriate as a starting point for the current bearish period, especially for the intensive sales that occurred in May of that year. “The May 2021 selloffs appear to be the true genesis of bearish market sentiment, as a large proportion of sellers and buyers were swept out of the market,” the report states.

“With the current draw reaching -73.3% below the November 2021 all-time high, and lasting between 227 days and 435 days, this bear market now presents itself firmly with historical magnitude and characteristics,” concludes Glassnode in your report.

It would be necessary to wait for the end of June to add another historical milestone to the history of bitcoin, which would help characterize this bear market as the worst for that cryptocurrency. As CriptoNoticias reported last May, the 200-week moving average has historically been associated with strong price support. The price recently traded below this metric, but a monthly close below it has yet to occur.

At the time of writing this article, the 200-week moving average of bitcoin is at USD 22,400, while the price is USD 20,702, according to the CriptoNoticias price index. On June 16, the downward crossing of the price with this metric took place and it has not been able to overcome it until now.