Bitcoin breaks the barrier of 45 thousand dollars, what price to expect now? 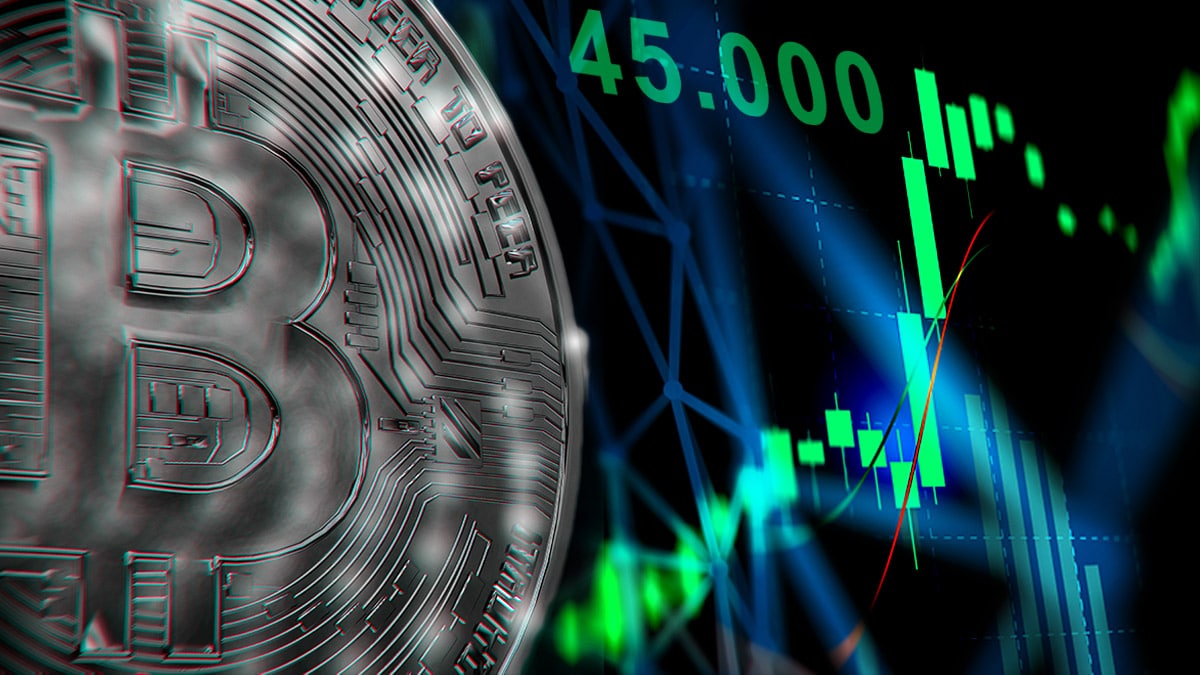 This Friday, March 25, the wall finally fell. We are talking about $45,000 per unit, which had become a difficult resistance to overcome for the price of bitcoin (BTC) in recent weeks. Especially with the tensions and the war scenario between Russia and Ukraine.

With a boost from more than 7% so far this week, the main cryptocurrency of the market is traded on the exchanges in about 45,078 Dollars At the time of writing this article, in data from CoinMarketCap.

Before this breakout, the market had already rejected this mark in early March, a couple of times in February and mid-January, although now the cryptocurrency seems to be strengthening amid the war situation and the decline of BTC on exchanges.

Despite the rise in recent days, bitcoin is still below the price with which it started this year 2022, just $10 below $48,000. Precisely that would be the next objective of the bulls: retake the starting price and return to the upward movement.

That is the expectation of investors after three red months that followed the setting of the current historical maximum price (ATH). A $69,000 peak last November that still seems a long way off for cryptocurrency.

At the end of February, however, the picture changed. More than 12% above, after three consecutive months (-7%, -19% and -17%) in red, followed by what is currently another green month, in March. Both cases make the scenario appear promising.

Although analysts’ expectations have been mostly bullish in recent days, this new momentum seems to be rooted in something that looms as a possibility: Russia would be willing to accept bitcoin as a means of payment for your energy resourcesin view of the blockade that the country is suffering from international markets right now.

Read:  Martogalde, the Argentine representative in the Pokémon Go World Cup: “Just now I am assimilating that I am going to go to a World Cup”

Recall that after the military incursion launched by President Vladimir Putin in Ukraine, Russia has been sanctioned by the United States and Europe. The first would be willing even to negotiate again with Venezuela for its oil.

Meanwhile, Russia is looking for alternatives to remain active in international energy trade, since it is one of its main sources of income.

What to expect for bitcoin now?

Yes, the next support level would seek bitcoin now would be the $ 48,000. But not only the expectation of investors sets its sights higher, but the background seem to support that bullish feeling in the market.

A few weeks ago we reported, along the same lines, a comparative study between the current moment and the behavior of bitcoin at the beginning of 2021. The study, published in the Bitcoin Fear and Greed Index newsletter, drew parallels between the two market behaviors and saw a new bullish breakout on the horizon.

Prediction models such as PlanB’s stock-to-flow or analysis of the fundamentals of the Bitcoin network by researchers such as Willy Woo also target new highs for the price of the cryptocurrency.

One mark everyone seems to expect is $100,000 per bitcoin.. Not only from the avowedly pro analysts bullish or bitcoin. Also sources such as Bloomberg, Jordan Belfort excorredor bag or investment bank Goldman Sachs set the target for the price of BTC. In the near horizon are 50,000 target, as we recently reported.