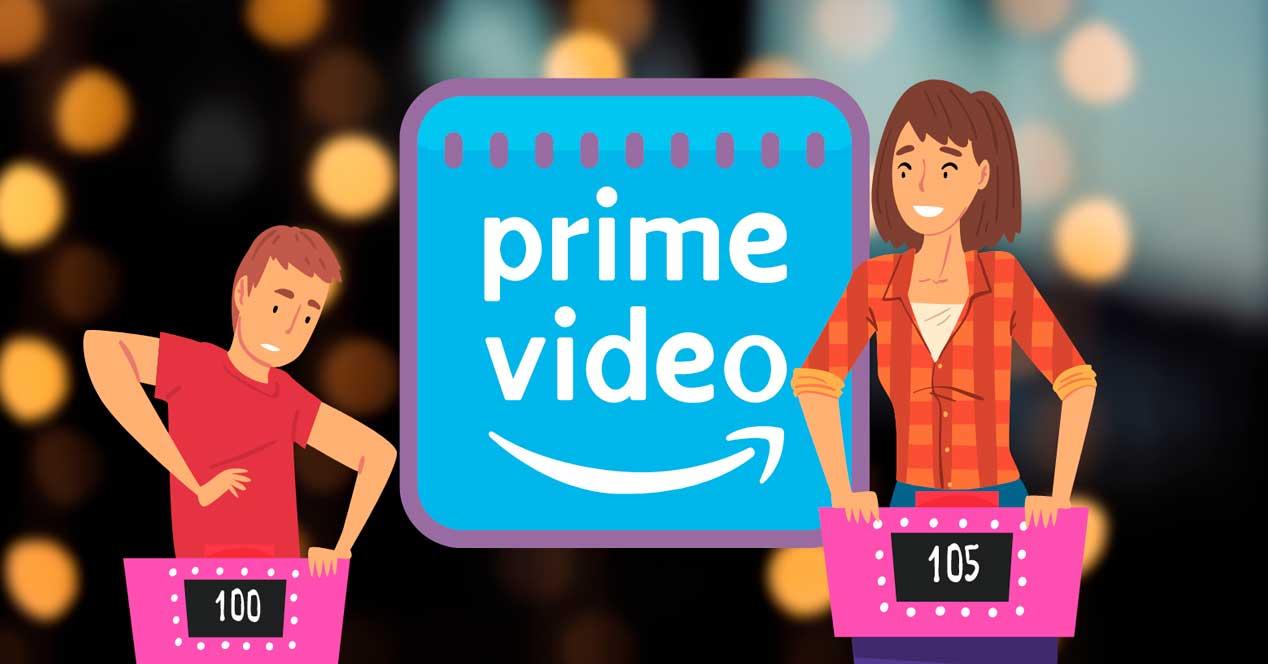 Facebook
Twitter
Pinterest
WhatsApp
Index hide
1 Hayu, reality channel
2 Best Contests and Reality Show
2.1 LOL, if you laugh you lose
2.2 Making the cut
2.3 On the hunt for the famous
2.4 The Great Escapist: Leaving the Island
2.5 Floripa: Free and wild
2.6 Keeping Up With The Kardashian
2.7 True story avec

One of the advantages of Amazon Prime Video is that you can use Haku, one of the channels that we can hire from the platform and that is specialized in realities from all over the world. It is priced at 4.99 euros per month but with a seven-day free trial and has more than 250 reality shows from around the world (in original language, in English). We can subscribe from Amazon Prime Video and the content will be available in our account without changing the platform or application.

It is a recommended option if you are a fan of this genre because for less than five euros a month we can see hundreds of episodes or unpublished programs in Spain. For example, all the programs or chapters of Top Chef in their international version as well as The Real Housewives of New York, Beverly Hills or Potomac among others. There are contests and reality shows that will put us on board a cruise ship (like Below Deck) but also design, renovation, construction and even love.

The only drawback of Hayu is that not all programs or contests are available in Spanish and many of them not only have no dubbing but also no subtitles. Even so, if you understand English correctly you can enjoy them as a channel.

Beyond those in Hayu, there are other contests or reality shows available on Amazon Prime Video included in our subscription without having to pay an extra five euros each month. Comedy and monologues, action, fashion, love.

LOL, if you laugh you lose

The only Spanish contest or reality show on Amazon Prime Video is LOL: If you laugh, you lose. A program that has as protagonists and contestants some of the best-known comedians from around the national scene. Ten comedians who have to test each other to prove their talent: as the name suggests, he who laughs loses. And the mission of these contestants is get others to laugh. They compete for six hours, in six shows or half-hour episodes, to get to be the last to laugh. In this first season in Spain the presenter is Santiago Segura along with Xavier Deltell and the protagonists or contestants are: Silvia Abril, Edu Soto, Yolanda Ramos, Mario Vaquerizo, El Monaguillo, David Fernández, Paco Collado, Arévalo, Rossy de Palma and Carolina Noriega. A single season with six parts or six shows of less than half an hour in length if you are a fan of monologues, jokes or anything related to humor.

Beyond the Spanish version of LOL that we can see on Amazon Prime Video there are many other versions from other countries with the same operation. You probably don’t know Italian or French comedians, but just search for “LOL” on Amazon Prime Video to find the show in many different editions that you can watch with subtitles or dubbed into Spanish if this option is available.

Duration: About an hour for each program

Age: For all audiences

See LOL: If you laugh, you lose on Amazon Prime Video

A reality show or contest that has fashion as its protagonist. Presented by Heidi Klum and Tim Gunn, it is a contest with twelve participants who must demonstrate their skill with the needle and threads, with sewing. The best will get not only the long-awaited popularity but a prize of one million dollars. And beyond the presenters, we will see many familiar faces from the world of design and fashion that will be part of this jury: Chiara Ferragni or Naomi Cambell are some of them. Twelve participants and ten programs or episodes in which they must meet the different challenges, being up to the task. Each program of about 50 minutes must carry out a task: looks for a brand, wedding looks, denim collections … All kinds of projects that will make them show that they are versatile and professional until they reach the grand final and win a million dollars.

There are two seasons that maintain the same operation but have different contestants or protagonists but with the same purpose: create fashion to earn a million dollars and prove to be the best designer of all the participants.

Duration: About 60 minutes per chapter

On the hunt for the famous

Although it may be somewhat less attractive because we do not know the protagonists, famous Italians. They are Achille Lauro, Boss Doms, Vanessa Incontrada, Stefano Accorsi, Diletta Leotta, Elodie and Myss Keta. Their names may not sound familiar to you, but Hunting for the Famous may seem like an interesting program, quiz or reality show, even without knowing who its protagonists are. What does it consist of? They must flee for two weeks, for fourteen days they must disappear. The last to be caught will win 100,000 euros to donate. And what complicates it? To find them there will be a group of detectives and information experts whose mission is to find them. Denem disguise himself, hide, be in constant movement and get away from his usual places so as not to be hunted by detectives. Six programs of about 45 to 50 minutes that promise fun with a totally different format than what we know and with which we are sure to have a good time with these popular fugitives.

Chapters: Two seasons, but only one available in Spain

See Hunt for the Famous on Amazon Prime Video

The Great Escapist: Leaving the Island

As in the previous one, this reality show consists of running away. But you are not fleeing from detectives but from an island. Richard Hammond and Tory Belleci They are shipwrecked somewhere in the Pacific and must put all their ideas and knowledge into practice to survive. They only have the remains of their ship and their knowledge in engineering, but you will see how they are capable of doing all kinds of constructions and doing what they can to improve their living conditions or to try to get off the island as soon as possible. Survive and escape in a program that does not have many contestants in the style of Survivors in Spain but only two but with much more ingenuity and knowledge and capable of facing all the problems that surround them and even with time to celebrate holidays with a banquet.

Duration: About 45 minutes per chapter

Watch The Great Scapist: Get Off the Island on Amazon Prime Video

Floripa is the colloquial name given to the Florianópolis region in Brazil, an island known for its beaches, its tourism and its festivities. In this Amazon production, eight young people from different regions of Brazil get together in a spectacular vacation home as a reality show, to spend a vacation without rules or restrictions, but coexistence and friction end up causing problems in the group. A reality show of coexistence in a vacation home, as we have seen in other places, with the peculiarity that a series of famous Brazilians analyze and comment on their adventures.

There are two seasons available and each of them has a group of different contestants, participants or young people whom we will meet throughout the 16 episodes. Eight and eight if you are a fan of shows like La Isla de las temptaciones on Mediaset in Spain or like Playing with fire on Netflix.

Keeping Up With The Kardashian

They are one of the best-known families in the world and the Kardashians are the stars of this reality show where viewers can see what their day to day is like, how they prepare their parties or their television appearances. 22 minute episodes where we follow the life of the clan both professional level as personal. A program that began airing in 2007 and continues the daily life of the Kardashian Jenners, their husbands, their daughters. There are over twenty seasons in total and almost 300 episodes although not all are available on Amazon Prime Video.

Duration: Around 20 minutes per chapter or program

Watch Keeping Up With the Kardashians on Amazon Prime Video

Other totally different format that we have not seen in Spain And that can be interesting and striking if you are interested in the Internet and the youtuber world. As in others on this list, the downside of True Story Avec is that it is a French program and the celebrities that will appear may not sound too familiar to you. And the six will tell the most crazy or incredible thing that has happened to them. They will tell it for the first time and actors and actresses will accompany them to recreate what happened in a fun and peculiar way.

There are two seasons available and each of the episodes will have a famous protagonist. In the first we will find Jonathan Cohen, Geraldine and Olivier Nakache, Zahia, Julie Gayet, Antoine de Caunes, José Garcia and Fianso. In the second we will see Piere Niney, Julien Doré, Tony Parker, Isabelle Adjani, Teddy Riner and Adèle Exarchopoulos. You can see them in the order you want.