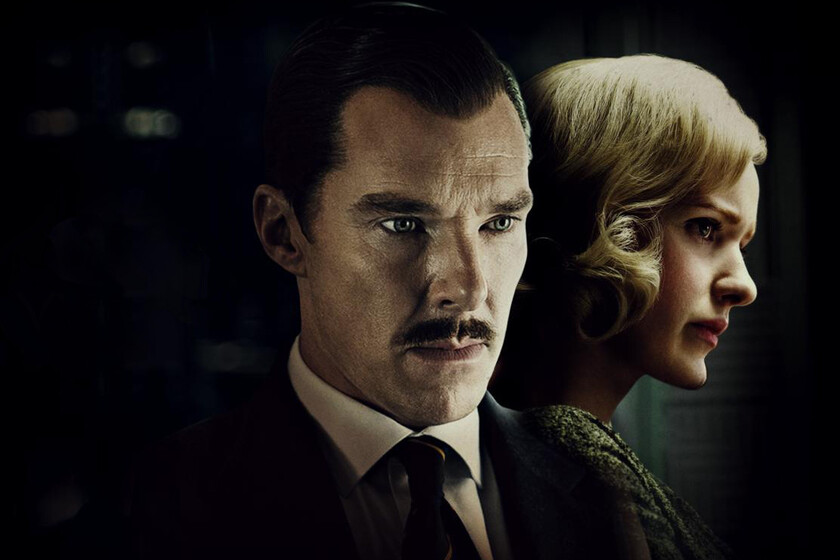 British actor Benedict Cumberbatch, 45, is already a superstar who, however, has a certain tendency to play roles in films about real events that, although they no longer play with the same idea of ​​the smartest guy in the world, they do they move on a more or less predefined profile. If in ‘The Mauritanian’ Cumberbatch played an American in a real case with spies and inmates, in ‘The English spy’ reverses his role for another international espionage story.

Here, the actor varies his rank a bit by playing Greville Wynne, a real life businessman who was recruited by the British secret services and Americans during the 1960s. Without any knowledge of the actual mission, Wynn is asked to hold some business meetings in the Soviet Union, where he contacts dignitary Oleg Penkovsky (Merab Ninidze), a defector seeking to pass vital information to the West. A mission that will force Wynne to choose between his personal safety and the future of his country.

‘The English spy’ makes a cold drawing of MI6 and the CIA, who do not really choose Wynne for his intelligence, but for his position away from any suspicion. In counterpoint, Wynne’s figure is shown as a heroThanks to Oleg’s information, relayed by Greville, allowing Kennedy to take the lead in the Cuban missile crisis. In any regular film of this nature there would be a typical structure, but the KGB got the double agents in trouble and the spy chiefs of Great Britain and the United States got out of the way.

The element that adds tension to the situation is the position of the CIA agent Emily (Rachel Brosnahan) and her daring plan to solve the mess. Recent films such as’ The Red Spy ‘(Red Joan, 2018) to’ The Bridge of Spies’ (Bridge of Spies, 2015) show that thrillers about ordinary people involved in the world of espionage have gained popularity, and in ‘The English Spy ‘perpetuates the elegance of a nostalgia for agent stories, combined with the authenticity of a true story, creating a combination that the director Dominic Cooke used to create a suggestive simmering tension.

Read:  The excellent film that anticipated 'The Matrix' will be a television series from the hand of its creator Alex Proyas

Although there is also an old-fashioned point in the film, almost endemic in these modest productions that in the 90s were treated by the studios with the sumptuousness of true events, it rarely becomes boring. Tom O’Connor’s script organizes the story into two halves, and arguably the most interesting is the first, a series of meetings, in which the Soviet authorities of the moment present themselves as a true monster and we look at the consequences of being caught.

The great feat of a little friendship

A one-sided perspective, changing point-of-view complexity for true thriller rhythm as the threat behind the Iron Curtain grows greater. The second half is surprising and gains in drama, dissolving the excitement of the spy world into the reality of that world, with more from ‘The Midnight Express’ (1977) than from novels by Frederick Forsyth or John le Carré, but they are also the moments in which Cumberbatch dazzles with his honest representation of an incorruptible man.

The most typical part, even though the conflict is there, is the juxtaposition of how both men have to hide their work from their wives, with special attention to Greville’s, Sheila, who is played by an underused Jessie Buckley. The brilliant actress brings her personality to a long-suffering housewife, but the limitations of the character, coupled with the hideous wig she wears, mean that the script is vulnerable and limited in contrast to the true value of its casting.

Something that is pleasant to find in current films is their ability to show a pure adult male friendship, without the need to articulate unnecessary speeches, achieving here that the heart of the conflict resides in the relationship between Greville and Oleg, maintaining interest in the human element in the face of the cold war and its implications, and the scene in the ballet of ‘The black swan’ is eloquent of that simplicity. While ‘The English Spy’ is not as sophisticated as ‘The Mole’ (Tinker Tailor Soldier Spy, 2011), another spy movie with Cumberbatch, manages to give weight to the heroic power of sincere affection in dark times.