“Batipizza is better”; Carl’s Jr. creates its Batman hamburger and this is how its guests receive it 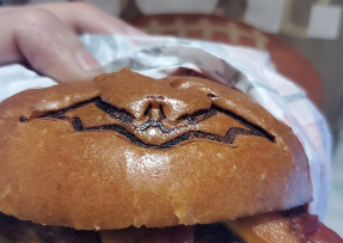 Carl’s Jr. has created has joined the promotion strategy and has created its own batman burgerbut has not managed to fully convince its customers.

Fast food franchises have proven to be well received around the world, allowing millions of diners to taste different favorite foods of the population, including hamburgers, pizzas, fried chicken, pasta and others. Currently there are endless companies focusing their efforts on this industry; however, consumers have proven to have their favorites.

According to the graph of Statistical where it shows the fast food restaurant chains by brand value in the world during 2021, McDonald’s is shown as the undisputed leader with a value of 154 billion dollars, later it is starbucks with 60 billion dollars, KFC with 18 billion and subway with 14 billion.

Despite this, taking into account that each of these brands specializes in the production of a certain food, it would be worth analyzing the presence of brands in their respective market, on this occasion, that of hamburgers. Data from the market research firm Euromonitor International, the main competitors in the country in terms of the sale of hamburgers are McDonald’s with 29.8 percent of the market share, second burger King with 19.5 percent and Carl’s jr. with 12.1 percent.

Although the seasoning and distribution of their products have been an important factor in being able to stand out from other companies in the market, they have not only achieved this because of their number of sales, but with all the work and marketing strategies what is behind them.

Movie fans are eagerly awaiting the arrival of the new installment on DC’s late-night superhero, Batmanwho this time Robert Pattinson will be its protagonist, giving way to endless companies making their respective strategic alliances for the promotion of the film, on this occasion, Carl’s Jr with his new burger.

Carl’s jr. has officially launched the batman burger to their guests, who are not receiving their arrival very well and who even mention that the “batipizza” from Little caesar’s offered a better offer.

I feel cheated…
I went to Carls Jr de Leones to buy a combo of #TheBatman and they gave me just a simple hamburger with a doodle and a transparent plastic cup…
Lost a crappy plastic Batman cup? Or a paper or a dressing or something right?
Anyway 🤷🏻‍♂️ pic.twitter.com/Lcm7EgkLuq

Don’t stain the hamburger #Batman from @CarlsJrMx (the “#BatmanBurger“) does have the logo! @.@

If you think I’m going to buy a burger just because it has the Batman logo on the bun… Let me tell you, you’re right 🥴
SPC @carlos_ramber https://t.co/QchNFcu1QF

On this occasion, most users do not seem to have received the Batman Burger by Carl’s Jr.but it would be worth analyzing all the work and alliances that the film is entailing for its promotion.

Read:  Former Sam's worker accuses of being fired for being viral on TikTok

Endless brands have been preparing their respective consumers for the arrival of the new installment of Batman through its different channels, among them, Oreo with the image of the superhero and its logo on its cookies, Volaris by placing the iconic and representative logo on its plane, Little Caesars with the “batipizza”, among endless other companies that are leading a joint work for the promotion of the film.

This would speak of a good job of segmentation by the marketing team promoting the film, since it is concerned with reaching each of its audiences, which, in this case, are united by fanaticism for superheroes, for which they are looking for attract the attention of various age groups.

Likewise, this type of alliance not only benefits the promotion of the film, but also all the brands that are part of this joint strategy and make delivery a trend, which they have achieved quite well.