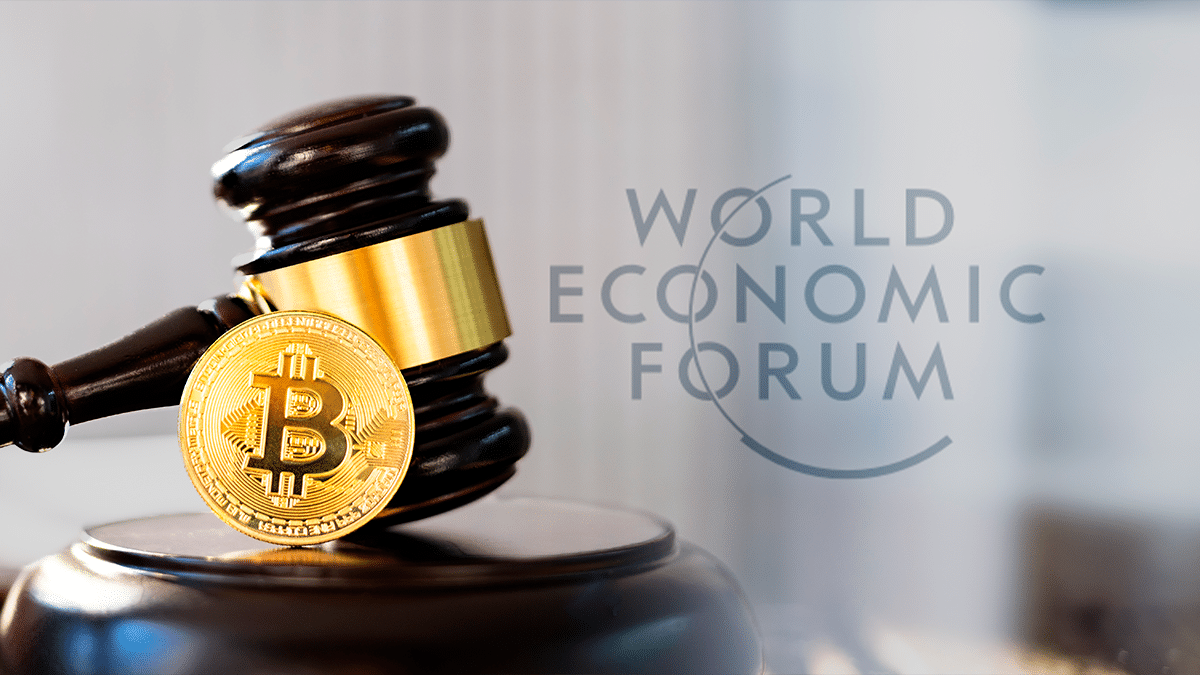 Index hide
1 Key facts:
2 Cryptocurrencies must be accepted, but with regulation
3 Love and hate towards bitcoin, the two faces of Davos towards cryptocurrencies
4 “Bitcoin is not money”, and other expressions of rejection that were heard in Davos

Bitcoin specifically and the cryptocurrency ecosystem in general took center stage during the annual meeting of the World Economic Forum in Davos, which concludes today in the aforementioned town in the Swiss Alps. Among the conclusions of the face-to-face meeting of political, economic and business leaders is that cryptocurrencies are an undeniable reality, but it requires countries to start working on their regulation immediately.

According to impressions recorded in a document titled “Crypto Cash”, published on the official site of the Davos forum, the participants analyzed the current situation of the cryptocurrency market. On this, they welcome the fact that regulators are adopting a long-term vision, without reacting to market fluctuations.

Looking to the future, financial tools must be more accessible, transparent and efficient. They must seize the new opportunities of innovation. In the long term, crypto remains well positioned to provide these benefits and address challenges in legacy financial systems.

Crypto Crash document published on the official site of the Davos forum.

Cryptocurrencies must be accepted, but with regulation

The document adds that “cryptocurrencies are here to stay and the creation of inclusive regulations will make the system more agile, efficient and resilient.”

On the other hand, it also walks through the problems that affect the world economy, from the war in Ukraine, a massive interruption of the supply chain, doubts about food safety, a global pandemic that still has serious consequences and the highest inflation in 40 years.

In the meantime, warns that the price of bitcoin also fell and with it that of other cryptocurrencies. The document mentions the tightening of the monetary policy of the United States Federal Reserve, as the main cause of the collapse of the stock market and crypto assets.

Also, references the collapse of the algorithmic stablecoin Terra USD (UST) and its sister cryptocurrency LUNA. And in that sense, it proposes the creation of inclusive regulations.

The publication emphasizes stablecoins and adds that they “combine the technical capabilities of digital assets, while providing an alternative to price volatility, which has historically been characteristic of major cryptocurrencies such as bitcoin and ethereum.” .

In that sense, the World Economic Forum suggests that it is necessary to move towards the development of a stablecoin conceptreferring to a more stable cryptocurrency and with regulations that protect the rights and capital of the people who invest.

He also warns that “every time the publicity bubble bursts, the speculators leave and leave the real users and builders of the technology. In such a way, it proposes regulation as the solution so that financial tools are more transparent.”

Love and hate towards bitcoin, the two faces of Davos towards cryptocurrencies

While on the one hand it was published a document that asks for agreements from countries to regulate the bitcoin market and of the other cryptocurrencies, on the stage of the World Economic Forum, messages of love and hate towards cryptoactives were broadcast.

Miami Mayor Francis Suarez during a panel on the future of cryptocurrencies highlighted the value of bitcoin against the dollar and the confidence it inspires the sector of digital assets to which it foresees a future transition as a regular exchange currency that will grant stability.

For her part, the other panelist at the table, Sheila Warren, executive director of the Crypto Council for Innovation (CCI) alliance, called for establishing a regulatory framework. In this sense, he highlighted the desire of the leaders of the sector to “work with political leaders to guarantee that the new policies stimulate innovation and growth”, this under the protection of a “holistic vision with the participation of different agencies”.

But beyond, the future of cryptocurrencies is not seen without regulationas Nela Richardson, vice president and chief economist at human resources software provider ADP, put it, according to review of the media.

Indeed, clamor for regulation was compounded by concerns about risks in the sector, including the alleged use of cryptocurrencies by Russian entities and individuals sanctioned for the invasion of Ukraine.

“Bitcoin is not money”, and other expressions of rejection that were heard in Davos

“Cryptocurrencies have received a huge boost from (Russian) sanctions,” Saudi Finance Minister Mohamed al Jadaan said. “And I’m concerned that they could be used for illicit activities.”

In that same order, there were different manifestations of rejection towards the pioneer cryptocurrency. “Bitcoin may be called a currency, but it is not money. It is not a stable store of value,” said Kristalina Georgieva, managing director of the International Monetary Fund, as reported CNN.

Georgieva said that some cryptocurrencies are more akin to a pyramid scheme because they are not backed by real assets. Contrary to this, he spoke in favor of central bank digital currencies (CBDC), which he sees favorably because they are backed by governments and may, in fact, be more stable.

François Villeroy de Galhau, governor of the Central Bank of France, agreed. “Cryptocurrencies are not a reliable means of payment. Someone needs to be held accountable for the value and it needs to be universally accepted as a medium of exchange,” Villeroy said, noting that some “citizens have lost confidence in cryptocurrencies” due to its high volatility.