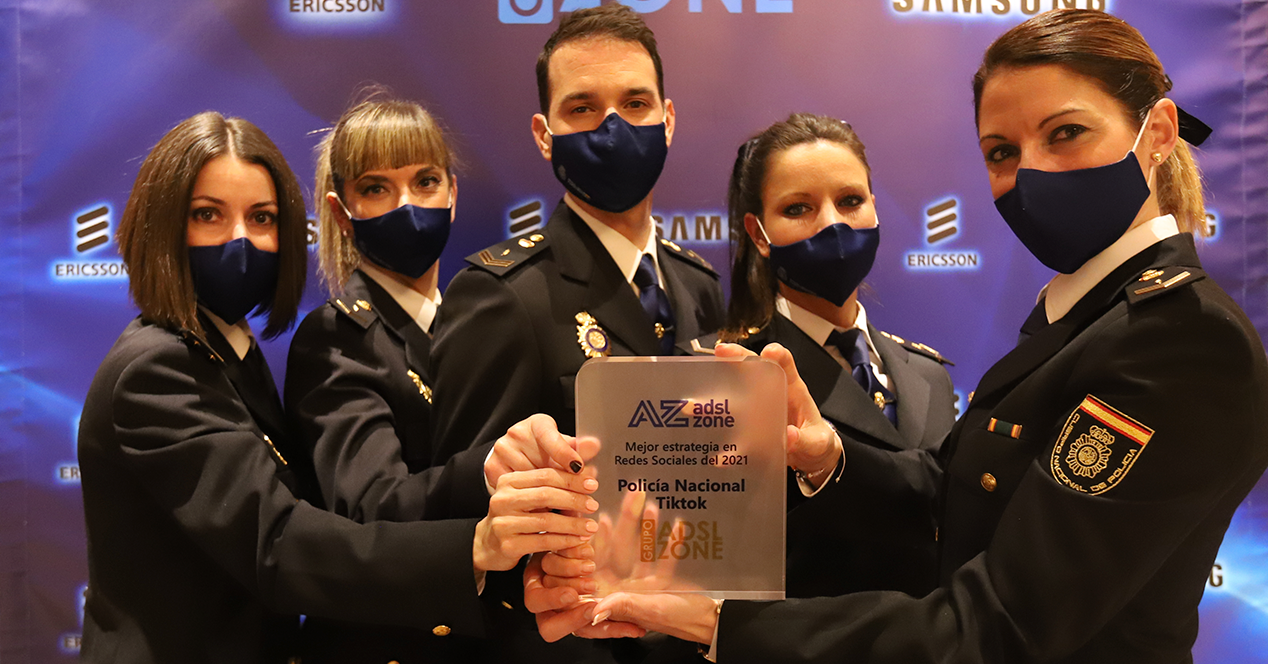 50,000,000 views and 850,000 followers, are the figures that the social media team of National Police on TikTok in just one year, something that has earned him not only the ADSLzone 2021 Award for best strategy in Social Networks, but a new recognition of a tireless work for being at the forefront of police forces and bodies worldwide, as they already did on Twitter or Instagram, which was expressed by the Minister of the Interior himself, Fernando Grande Marlska who attended the event.

During the gala, Grande Marlaska congratulated those responsible for the social accounts of the National Police for maintaining themselves as a world reference in social networks in the field of advertising. In addition, the Minister highlighted the special work they have done to “combine the enormous viralization capacity with audience sensitivity to which they are directed, and thus, get attract the attention of youth with safety messages, reaching an audience that is especially sensitive and impervious to other classic communication channels ”.

The first video on TikTok of the National Police premiered on November 7, 2020 and reached a whopping 1.4 million views. After more than 288 videos in these months, they already have more than 5 million “Likes” and 850,000 followers.

This is the latest “adventure” for @Policia, a team that has accumulated more than 6 million followers in all the profiles it has on Twitter (3.5 million), Facebook (1 million), Instagram (1 million). .) and YouTube (100,000), in addition to TikTok.

As Grande Marlaska also highlighted in the act of the XII Edition of the ADSLzone Clipset 2021 Awards, the objectives of the National Police in social networks are, from its inception, to raise awareness, prevent, disseminate security messages and make the institution an entity close and helpful, especially among younger audiences. To do this, it seeks in each of its publications to adapt to the public of each social network, adapting its message to the style of the network and to the needs that, at all times, may arise in society in general.

Read:  This is the impact on restaurants and apps due to the stoppage of delivery in Mexico

The work of the National Police in the TikTok social network has been noted for its outreach and awareness on sensitive matters for young people such as the unauthorized use of intimate images, the fight against hoaxes or dangerous “challenges” as well as a constant work to prevent gender violence, among many other issues. In his activity he has carried out up to interventions in emergency situations such as when they prevented the suicide of a minor or the arrest of a network of scammers and sellers of narcotic substances on the Internet.