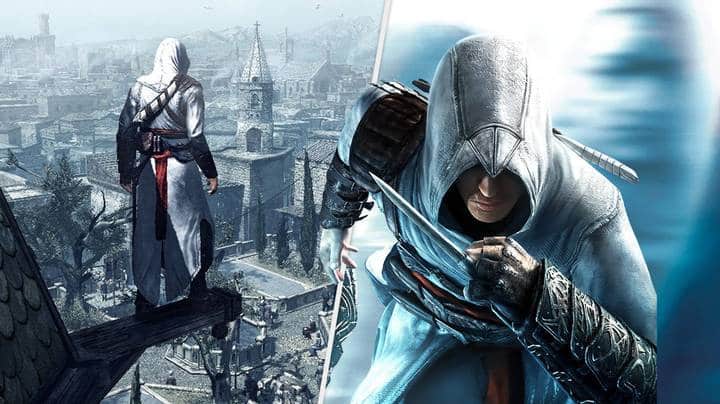 Over the years, there have been few franchises as popular as Assassin’s Creed. From the Third Crusade or the ancient streets of Rome to the Norse Viking Age, through the American Revolution or pirate life itself, Assassin’s Creed titles offer us some of the most unique stories, allowing us players to alter the course of the game. history. The series has been recognized for a long time as one of the best of its generation, especially in the first installments, where we have known that the First Assassin’s Creed is nominated to join the Video Game Hall of Fame.

Assassin’s Creed paved the way for what is today, one of the most famous sagas in the industry. This was one of the first titles to accommodate the sandbox style, giving us something exceptional and unknown that we could only compare at the time with Prince of Persia. Without a doubt, the first Assassin’s Creed deserves to enter the Video Game Hall of FameIn addition, his nomination can be a clear message about how the Ubisoft franchise should resume.

We are honored to have the first installment of Assassin’s Creed nominated to join the Video Game Hall of Fame!

From taking that first leap of faith to exploring the mysteries of the Holy Land, Altaïr’s journey will always be in our hearts 🦅. pic.twitter.com/qgGgwUSyXC

Many fans dream of being able to enjoy new Assassin’s Creed with the essence of the first games in the franchise, where we have a well-written story focused on the assassins/templars. Finally, we remind you that the assassin’s creed remake It would be a reality, according to the latest rumors and leaks. Return to the Holy Land at the hands of Altaïr Ibn-La’Ahad, under subject 17, dear Desmond Miles.

Evolution of Assassin’s Creed from the Holy Land to Valhalla