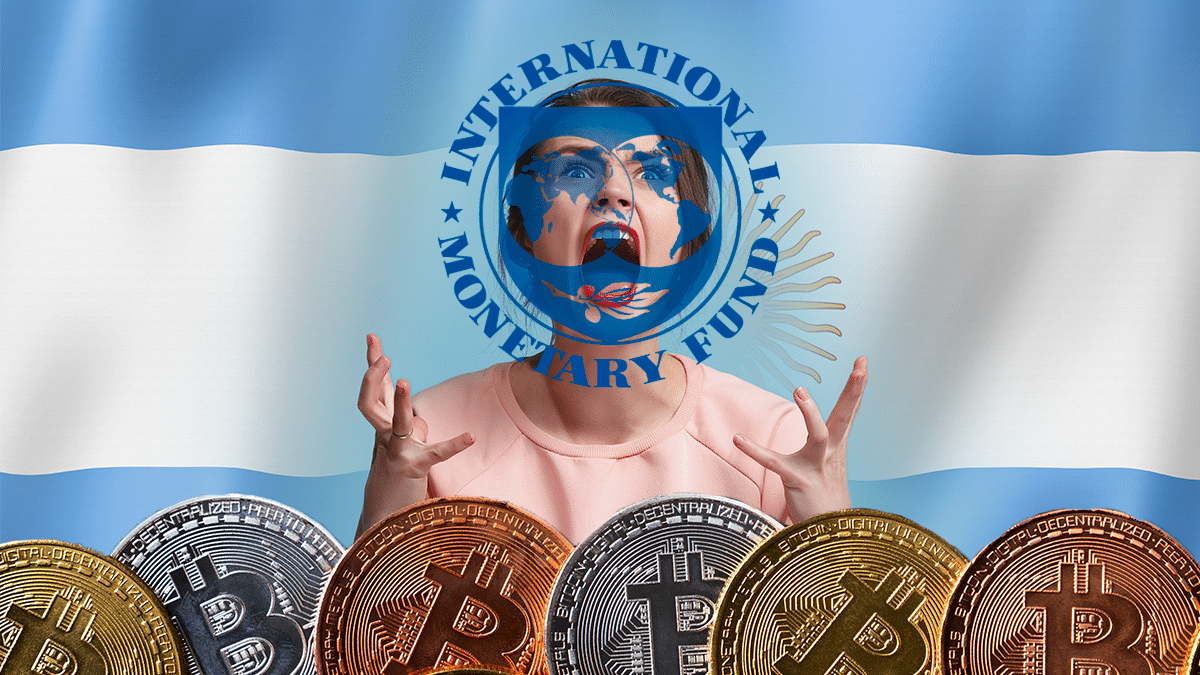 Index hide
1 Key facts:
2 Does “conditionality” now include bitcoin?
3 The fear of losing control
4 The fight will continue…

“We do not recommend it. In the short and long term, the costs and risks far outweigh the benefits, and the country’s financial stability is at risk.’

These are the arguments that the International Monetary Fund (IMF) used in recent months to urge the Salvadoran government to eliminate bitcoin as legal tender.

The demands of the IMF they have a consideration. If El Salvador agrees to their requests, the chances of advancing in negotiations for a USD 1.3 billion loan that the Salvadoran government has been requesting for months increase. Nayib Bukele’s response was immediate: “Bitcoin is not leaving El Salvador.”

This is how the bitcoiner president shook the claims of the international organization to repeal the Bitcoin Law and stop the growth of the ecosystem in the small Central American country.

So far there is no known public reaction from the IMF to Bukele’s refusal. It is in the collective imagination the idea that the organism “He came out with the boards on his head” in the case of El Salvador.

But will everything end there? That remains to be seen and the answer maybe it is in the south of the continentin Argentina, where the Senate approved this March 17 the clauses of an agreement with the IMF that contains a requirement contrary to bitcoin.

To understand what could be the strategy that the multilateral organization would follow, let us remember that the conditions it imposes on the countries to which it offers financial assistance respond to an old norm. One which the IMF defines as “conditionality«.

Does “conditionality” now include bitcoin?

It is under the criterion of conditionality that the IMF makes a series of demands on the countries to which it provides its loans. They are presented as programs and policies that governments must apply, aimed at guaranteeing that the money is returned.

However, everything happens under the discretion of the agency, considering that, as described by the IMF on its website, conditionality is “a flexible framework, in continuous evolution and under constant review.”

It is precisely with this faculty that the Fund is lined up against bitcoin, and where the requirements included in the IMF deal with the Argentine government.

The technical document that supports the agreement with the South American country contains a section inserted in the policies of “Strengthening financial resilience”. The first goal is «discourage the use of cryptocurrencies with a view to preventing money laundering, informality and disintermediation.

Argentina, forced to refinance its largest historical debt with the International Monetary Fund, accepts this condition. The country will have to comply with some guidelines that may affect bitcoin holders, as has been said in several CriptoNoticias articles.

Although the actions that the Argentine government will follow to follow this guideline are not clear, everything points to rules and strong regulations for the sector.

behold the practical application of IMF conditionality. In this case with cryptocurrencies as a target in the crosshairs. The agency is now putting pressure on one of the largest and most active bitcoiner communities in the region, with a market valued at more than $68 billion.

Both in its demands to El Salvador and in the conditions imposed on Argentina, the IMF shows its intentions. It maintains a freehand fight with the bitcoin ecosystem. The likely background: a struggle for control.

Read:  Bitcoin 'hodlers' data hints its price is 'very close' to bottoming out

The fear of losing control

Yet there are many who see a different background in the urticaria that it produces bitcoin to the IMFand beyond a concern for macroeconomics, draw attention to the issue of control and power.

An article published by Nasdaqalso in October, neatly sums up this idea.

“The IMF hates Bitcoin because it loves total control”, is the title of the letter signed by the journalist Shawn Amick. There is highlighted the fact that the decentralized protocol of the network, and its programmatic monetary policy, defy the control that the Fund wants to implement.

I share Amick’s approach, especially when he argues that the IMF’s goal would be to prevent the “Fourth Turn.”

Is about a theory raised by the Americans William Strauss and Neil Howe in 1997, according to which there is a cyclical generational progression in society every 80 years, with 4 shifts of approximately 20 years.

According to Strauss and Howe, the last 20-year historical cycle began in 2005 and will end with a crisis. that will bring down the old systems of power and will mark the beginning of a new era.

“Bitcoin can represent the moment of crisis or the turning point of the Fourth Turnby overthrowing the financial institutions of yesteryear” thereby challenging the stale foundations of status quo current financial.

Hence the fear of most international organizations, which insistently oppose cryptocurrencies. This, despite the fact that his own research shows the advantages of bitcoin and the growing interest of people in the new financial technology. A move they want to keep under their commandand not that of others.

This happens because, as I said above, what is at stake is control. And even when the excuse is consumer protection, the IMF itself confesses its interest in staying in power with these words:

Digital money must be designed, regulated and provided for governments to maintain control over monetary policy, price stabilization and capital flows in order to stabilize exchange rates.

The fight will continue…

Taking into account what was said above, it is foreseeable that the fight will continue, and that cryptocurrencies be a space for increasing intervention by the IMF in national economies in the coming years.

the precedent sits now in the case of Argentina and how the Salvadoran government’s pro-bitcoin stance may affect your chances of getting a loan.

The Fund already warned in most of the reports presented last year: “in the face of the “cryptization” of economies, countries must strengthen the credibility of monetary policy, safeguard the independence of central banks and maintain a solid fiscal position. ».

Given this scenario and knowing the characteristics of this ecosystem, it is very likely that the action of its strong survival mechanisms will not take long.

The unexpected heritage of Vin Diesel