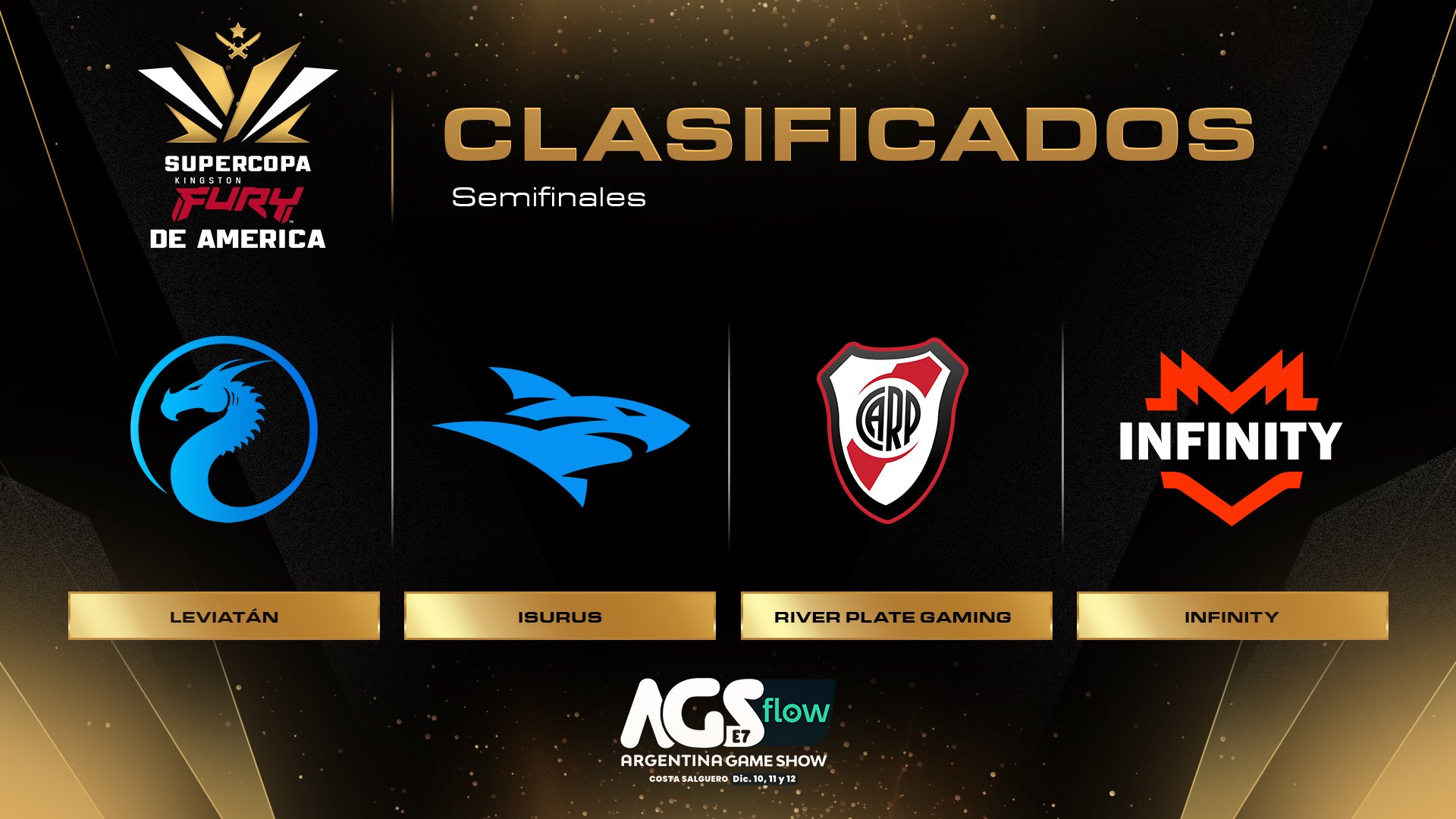 Facebook
Twitter
Pinterest
WhatsApp
Index hide
1 Learn about the tournaments that will be played in person at the Argentina Game Show 2021 on December 10, 11 and 12. Find out all the details In this note!
2 Share it with whoever you want
3 Related Posts

Learn about the tournaments that will be played in person at the Argentina Game Show 2021 on December 10, 11 and 12. Find out all the details In this note!

As in previous years and in the absence of face-to-face tournaments during the pandemic, the Argentina Game Show It will be packed with top-notch esports tournaments to watch live again. The weekend of December 10-12 will have various AGS Cup from different video games like CS: GO, LoL, FIFA, among others. In addition to these, renowned tournaments such as the American Super Cup for the Game Season.

There will be various tournaments AGS Cup. On the one hand, TDJ carries out the qualifiers to various competitions, and will carry out the tournaments of Fortnite, CS: GO (in which organizations such as Stone Movistar), Rocket League, Mortal Kombat 11 and Valorant. Secondly, IESA Latam will be in charge of developing the AGS Cup from League of Legends, FIFA 22, F1 2021, NBA 2K, iRacing, Gran Turismo and Age of Empires II. Three weeks before the competitions, not all the players and teams are classified yet. Finally, a tournament of Axie Infinity, in which it will be opened and will deliver 250 AXS.

In addition to these contests, the America’s Super Cup, a tournament that brings together some of the best teams in the region. The classifieds are: Leviathan Esports (Champion of the southern region of the Pro League), Isurus, River Plate and Infinity Esports.

In addition to the esports tournaments, some of the best teams in the country will have a booth at various points in the city. AGS, where they will sell their official products and where they will also carry out various activities with people. The organizations confirmed so far are Leviathan Esports, Isurus, Furious Gaming, KRÜ, 9z and Maycam Evolve.

The Argentina Game Show is year after year, one of the epicenters of esports face-to-face. With the absence of the 2020 edition, the year 2021 promises great sporting events and the presence of great figures the December 10, 11 and 12.