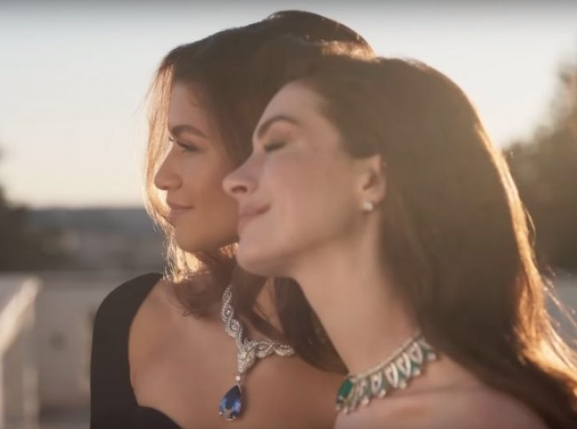 Brands every day demonstrate the importance of working with influencer marketing to position their firms around the world. Recently the luxury brand Bvlgari surprised everyone with its new advertising campaign, where actresses Anne Hathaway and Zendaya used their image and power to become the new ambassadors of the firm showing the elegance and style of the most desired jewels of the season.

The term influencer marketing is not well known by many people, but it is an exchange between users with influence in digital media and a brand. In this exchange, it is agreed that the Influencer disseminates a product, service or brand in exchange for remuneration that can be economic or in kind.

According to data revealed by several studies carried out by CPI Celebrity Performance, it indicates that brands that use the image of a celebrity in their advertising campaigns have greater credibility and sympathy among the public. And this finally translates into a greater probability of purchase by the consumer.

Likewise, a study shared by Statista indicates that an August 2021 survey of internet users in major online marketplaces found that 53 percent of all respondents thought influencers were the most effective at promoting beauty products. or personal care. Clothing and accessories ranked second, named by 45 percent of those interviewed. While, the same source found that 43 percent of internet users worldwide followed some form of social media influencer.

This is the new Bvlgari campaign

The renowned actresses Anne Hathaway and Zendaya are the new ambassadors of the luxury brand and this time they star in the fashion film called “Unexpected Wonders”.

Read:  Samsung kicks off 3 nanometers: what benefits will they bring?

This new campaign consisting of a visual delivery directed by Paolo Sorrentino, Italian director and screenwriter, and winner of an Oscar thanks to his film “The Great Beauty”.

The director Paolo Sorrentino was inspired for his creation by the breath of freedom and the infinite charm offered by the Eternal City, Italy, because for him, “cinema expresses this endless search for beauty”.

The brand highlights in its recording that this new campaign comes to show the beauty of its luxury jewelry and especially that of the actresses.

In part of the video, Zendaya can be seen wearing a fitted black dress, while Anne Hathaway preferred a tight royal blue jumpsuit, both with plunging necklines to show off the expensive chokers that star in the beginning of the film.

The shots are surprising as Anne can be seen wearing a white shirt that highlights the sapphire earrings that she has to match, while she begins to play a piano, excellent location to display a Bvlgari emerald ring.

The campaign is a proposal to present the collection “Eden The Garden of Wonders”, of the Italian brand.

Before this film was revealed, actress Anne Hathaway had worn several of these creations from the Maison’s latest high jewelry collection at the 2022 Cannes Film Festival.

Once again, these types of campaigns demonstrate the importance of this type of collaboration to position a brand, as an example we have the recent announcement by rapper Kanye West that he will create the new packaging for the fast food restaurant chain McDonald’s.

Many brands work with celebrities, such as Adidas, which launched its collaboration with Beyonce years ago.. As well Ralph Lauren has joined the power of the Friends brand, after the high-end clothing firm will focus on Rachel Green, played by Jennifer Aniston, for a collection.