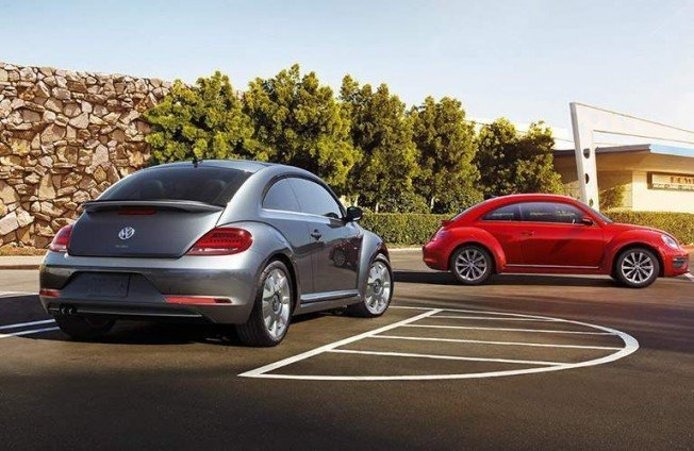 In just a few hours, the German giant from Wolfsburg will present the new Volkswagen ID. Buzz, the historic Bulli that has been transformed into an electric model. The German firm will combine the most advanced zero-emission technology with historical models, which increasingly opens the door to a return to a more than efficient Beetle.

The new Volkswagen ID. Buzz fulfills the dream of many of the top managers at the head of the German brand. Something that Herbert Diess has achieved by recovering the historic Bulli although transformed into a completely different model, standing out for a more modern design and a fully electric propulsion train. It is the fourth model of the electric range that arrives, positioning itself as a minivan and with a commercial version, that of the ID. Buzz Cargo.

The modern reinterpretation of the Bulli opens a door to the return of the legendary Beetle. The return of the Beetle to the market but transformed into an electric model has already been considered on numerous occasions, but now is when the possibilities become stronger. And it is that the head of Volkswagen has dropped a couple of more than interesting statements, although he has not confirmed anything about it, and the German brand should not be trusted much. Although the brand launched the test balloon of the ID.3 Cabrio to measure the attention of the interested parties, it is unlikely that the balance will tip on this side for the technical challenges you would face when combining convertible with electric.

Index hide
1 The possibilities of an electric Volkswagen Beetle increase
1.1 Advancement of the Volkswagen ID.3 Cabrio, will this electric convertible be a reality?

The possibilities of an electric Volkswagen Beetle increase

But on another forum, Diess made a joke that can also be taken a bit more seriously. The German has pointed out that “If anyone brings back the Beetle, it must be a man named Herbie!” Interestingly, his own first name and how the popular Beetle has been known in the movies, also adding that «the ID. Buzz is the most emotional vehicle in the history of the brand, although many more emotional models are possible on our modular MEB platform».

Read:  Mario Strikers, The Quarry, Cuphead, Card Shark Are Some Of The Releases In June 2022

Not only is it feasible, but it is really more than possible if we stick to the fact that this architecture is of rear-wheel drive, same setup as the popular model. The truth is that the last cessation of production of the modern Beetle was almost a see you later instead of a definitive goodbye. So, it was already thought, and sources from the German brand, advanced a future reincarnation as an electric model, but that was left in the pipeline. Now, the circumstances are different, they have everything in their favor for the reconversion of a niche model, but from which they know that its sales will be very positive in virtually every market in the world.

Advancement of the Volkswagen ID.3 Cabrio, will this electric convertible be a reality?

Logically, none of the authorized voices of Volkswagen has taken a step forward and has confirmed or denied this information, so the doors are wide open. Even if Volkswagen dared to launch this model, it can almost be said that it would be for the next decade and could perfectly do it on board the scalable SSP platform, which also supports both traction and propulsion. This architecture will be released in just over a couple of years and there will hardly be time for the development of niche models, since Volkswagen ID strategy. it is first to weave the main and larger models.