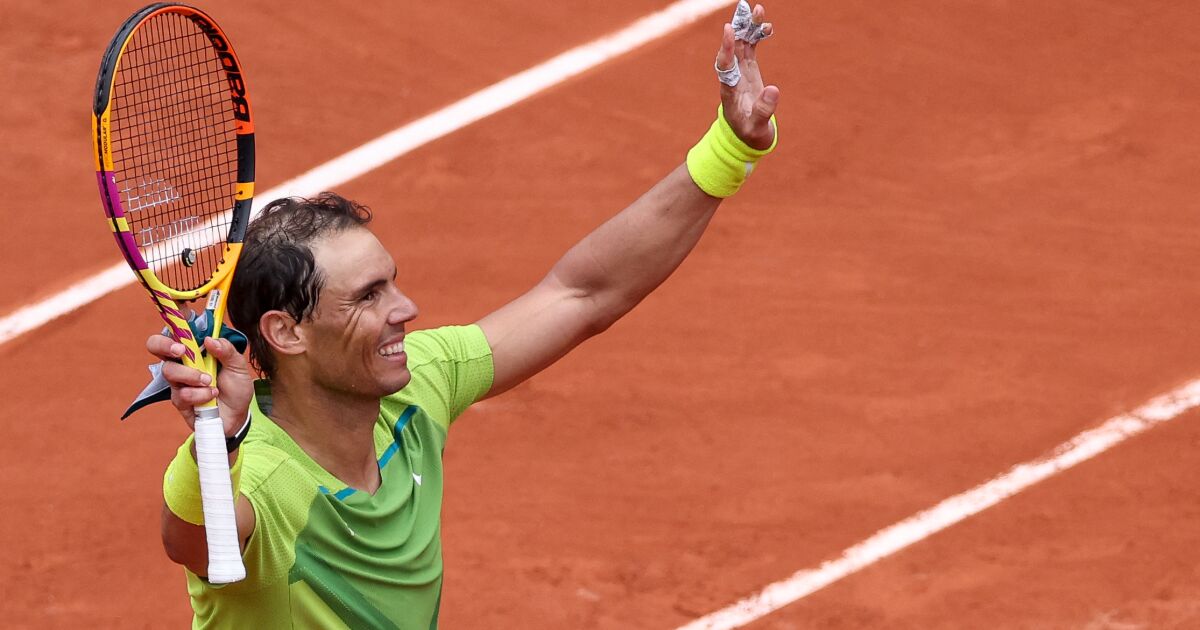 On a practically full Philippe Chatrier track, Nadal did not give option to his rival, the Australian Jordan Thompson (N.82), whom he defeated 6-2, 6-2 and 6-2 in two hours of play.

“Without a doubt, it is the most important place of my career and where I have experienced the strongest emotions,” said Nadal after the match, when asked by his compatriot Àlex Corretja, a former double finalist at Roland Garros, about the fact that play at the Philippe Chatrier.

It is an honor to be part of this history

“It is a track with an incredible story behind and it is an honor to be part of this history,” Nadal added.

The forehand and serve worked for Nadal from the start, allowing him to break the Australian’s serve in games three and five and close out the set in 37 minutes with ace and love (6-2).

Unable to deal with the right hands of the Spanish, Thompson saw Nadal break his serve again in the first game of the second set.although he took advantage of a drop in the Spaniard’s performance to make him the first break and go 4-2 down.

However, Nadal recovered quickly and again disarmed a desperate Thompson with his blows, who sent a ball out of the Philippe Chatrier after having suffered another ‘break’ in the 7th game and seeing how a set that the Spanish was complicated closed with his service (6-2).

The third set was a carbon copy of the first two, with a Thompson who did not know how to play Nadal and this closing his debut in two hours of game.

“A first round is always special, but it was a positive match for me, because I won in three sets, but there is room for significant improvement,” he explained.