Bullfrag
Home Entertainment an amazing Movistar + series in which Alejandro Amenábar brings out his... 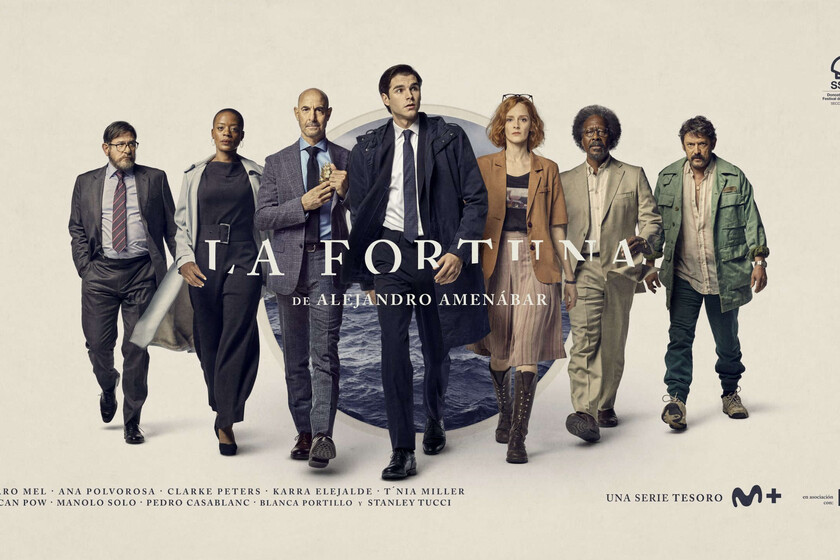 Of all the Spanish productions this year, somewhat limited in quality in that sense, one of the most anticipated is undoubtedly the proposal by Alejando Amenábar for Movistar + after ‘While the war lasts’. ‘La Fortuna’, the adventure series that has been presented at the San Sebastian Festival prior to its premiere on Thursday 30.

Based on ‘The Black Swan’s Treasure’, the essential comic by Paco Roca and Guillermo Corral, the six-episode series takes us through a fight around a wreck found by a treasure hunting company. With all the indications pointing to the fact that it is the wreck of a Spanish ship, a couple of young men embark on the adventure of trying to recover the treasure.

Alejandro Hernández (‘El día de Mañana’) collaborates with Amenábar in the script of a series that had everything to become a great work. However, although he is not lacking in wisdom in many aspects, ‘La Fortuna’ remains on the verge of being one of the great series of this year.

Don’t get me wrong. Of course the series is entertaining, amazing and with a spirit of adventure that picks up the glove without disheveled that of the original work. In addition, knowing how to be in your place when pointing, for example, to disdain for culture or the ins and outs, interests and political vices that get in the way. But there are certain imbalances that weigh down the result.

Choosing Álvaro Mel as our protagonist dislodges something with respect to the rest of the cast. His performance is quite fair, being by far the worst of the entire main cast. Sure, we could argue that with Karra Elejalde out there, it pales in comparison, but there is a clear difference in levels between everyone and Mel.

Read:  Jon Bernthal responds if he will return as Punisher at UMC

While the looks they can be perfectly those of modern Tintin that Paco Roca had in mind when planning his album, he doesn’t quite work as our action hero, swallowed up on screen by the rest of the characters (from Ana Polvorosa to, of course, Clarke Peters or an impressive Manolo Solo).

Of course, Amenábar is clear about two issues: the story is of those anonymous heroesThose officials and diplomats who are the ones who allow politicians to hang their medals; second, the importance of taking care of heritage, of culture, which ends up being ignored due to money issues. A message that permeates all the footage of the series.

The filmmaker manages to combine well the various genres through which he moves. Nevertheless, this mix has some ups and downs in its presentation. At the cinematographic level, moments of spectacle are achieved. The naval battle with which the second episode begins is a good example of this. The trial is vibrant, but other sections are somewhat more arduous and the romantic plot and what it entails is somewhat clumsy.

Like the comic, Amenábar aspires to that Spielberg adventure cinema. While it falls short, ‘La Fortuna’ is a commendable attempt. A superb series but imperfect enough so that it does not manage to be everything it sets out to do.

What is and how to open an X_T file for free online?