all biomes could be a wallpaper

By CooperOctober 22, 2022No Comments6 Mins Read 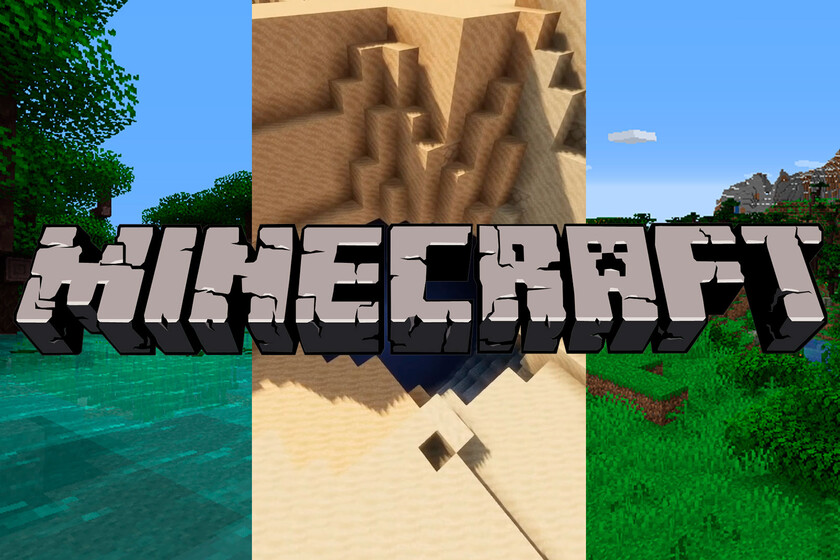 We will agree that the last two weeks have been intense in terms of action in Minecraft, especially last week with the blessed mod that turns the game into a roguelike experience. This week I wanted something calmerso I looked for mods where I could walk around and visit places.

So far I have visited azeroth, the seven kingdoms Y middle earth of World of Warcraft, Game of Thrones and Middle Earth for the expansion and the series respectively that are happening.

My idea was to find a mod or packs of mods with Star Wars zones for the series Andor, but I have not found any that are up to the task or that work correctly. If you know of any, I would appreciate it if you would share them in the comments.

Index hide
1 All the biomes in this Minecraft mod could be a wallpaper
1.1 Jungle: now I really feel like Indiana Jones
1.2 Mountainous Jungle: “a sight for sore eyes, no doubt“, as Sam from The Lord of the Rings would say
1.3 Swamp Jungle: I want to be a crocodile again on The Isle
1.4 Desert: Tatooine Again?!

All the biomes in this Minecraft mod could be a wallpaper

The Minecraft mod that I present to you today is called Atmospheric and it introduces a series of quite beautiful biomes whose natural construction is surprising. This week I wanted to visit these places, share some captures and tell you what I saw. Besides, do you think I’ve escaped death? No kidding. I kill myself even going to relax.

To be honest, the mod has two biomes with different variants: tropical jungle and desert. On paper (or screen) there are a total of 5… although the desert variants are almost the same. In any case, I want to show it to you.

This biome is the first one I tried from the mod. It seemed to me the most standard within what it can offer. It bears no resemblance, but it reminded me of the jungle seen at the beginning of Indiana Jones: Raiders of the Lost Ark. There wasn’t a cave with a giant ball chasing me, but I think you get the point. An Indiana Jones mod wouldn’t be bad, I’m writing it down.

This area of ​​the biome is made up of a huge river surrounded by small streams that flow into it and wetlands that form small lagoons around it. There are an enormous number of trees, so many that you can’t see where they end if you look straight ahead. From above, you can hardly see the ground. There are also vines, hemp and flowers.

Unfortunately, the mod does not include animal species chords and I couldn’t find any jungle animal mods that would work for me. A shame because it would have been incredible to hear frogs and snakes swarming around. What there were were spiders. Every day I understand Ron from Harry Potter more with the theme of spiders.

At the bottom of the image of this biome you can see a variant of the standard jungle: the jungle

Mountainous Jungle: “a sight for sore eyes, no doubt“, as Sam from The Lord of the Rings would say

You can’t get an idea of ​​what it cost me to climb up to this point to get the catch. My idea when playing this mod was to disturb the world as little as possible as a true adventurer. Obviously, I ended up hitting some dirt blocks, but I kept replenishing them as I went up. I could have used the creative, but… where would be the adventure?

Read:  A fan art becomes the best wallpaper for fans of Goku and his children

This landscape awakened my dwarf side and I thought of building a house embedded in the mountain wall (above the lava waterfall) that you see in the center. And I swear to Durin I almost did! But in the end I stopped. It was adventure time, not Moria building.

Another place that I loved about this biome variant was the one you see below. Once again, my spirit as a builder called me: I thought of building a house over the waterfall, taking advantage of the opening of the river itself, in the style Cascade House of the american architect Frank Lloyd Wright. Once again, I held back… but it was a good idea.

Swamp Jungle: I want to be a crocodile again on The Isle

Have you ever played The Isle? It’s a multiplayer dinosaur game in which you can be a crocodile (among other species) and you must survive by preying on other species… or your own. Well, this biome reminded me a lot, a lot of the swampy area of ​​the map of The Isle.

This is another variant of the jungle, but this is swampy. It maintains its enormous amount of vegetation (trees, lianas, flowers, water lilies…) but almost all the land is under water. The trees rise from the water simulating real tropical jungles.

In this area I cheated a bit and activated the creative to give myself a boat. If you look at the image you will understand why I decided not to go on foot. For a while I was exploring the tops of the trees, but here I had to get the boat out yes or yes.

In this area, I was able to see some animals such as octopuses (or so they seem) and other aquatic animals. In addition, there is an area that combines the swampy jungle and the mountainous jungle with an incredible result.

We will agree that the Star Wars series needed a change of setting after The Boba Fett Book Y The Mandalorian. The planet Tatooine has been heavily exploited and right at the same time I was reminded of the desert biomes in this mod.

I’ll be totally honest with you: the desert biomes in this mod have their particular beauty, but they are terribly boring… except for one area that blew me away. I present to you the mouth of hellthe landing of satan or the VIP door of the underworld… and I say “VIP door” because you go straight.

Have you seen what a piece of gap? Well, it has no bottom and is full of spiders, zombies and more undesirable enemies. Do not doubt that I died the first time I tried to go down and I had to go back using creative tricks. That hole is evil and has no end. I tell you, that’s where you go to the real hell of Minecraft.

In short: Atmospheric is a mod that adds a couple of biomes with very cool and beautiful variants. I was walking for 3-4 hours until I felt that I had seen practically everything. I decided to leave it in style: in front of the gate of hell in the desert.