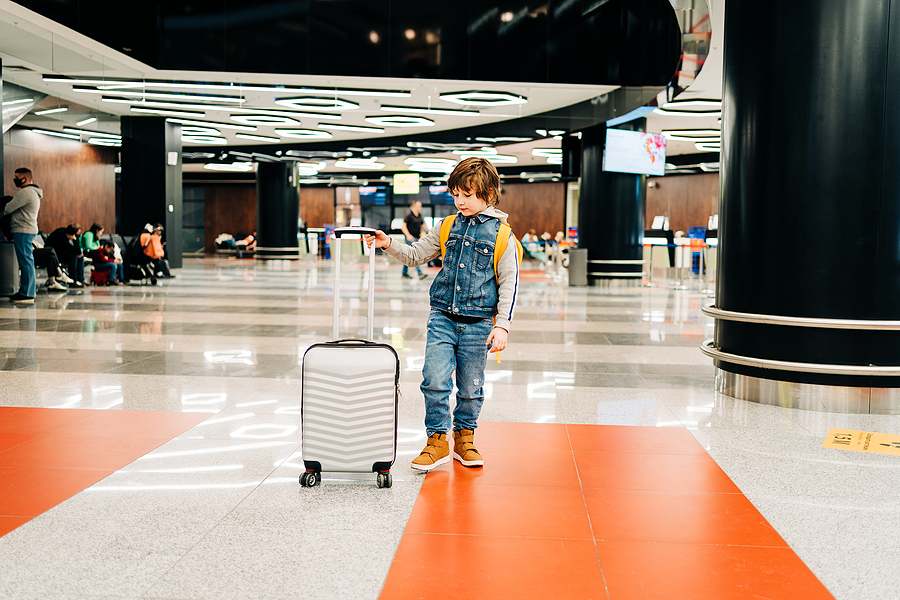 A seven-year-old boy went with his parents to the Colombian airport of El Dorado, in Bogotá, to travel to Corozal to spend Easter with his uncles.

Avianca had to take it under the modality “Journey of unaccompanied minors”usual service among the big airlines.

However, the system did not work, the child did not travel and a discussion was generated on the networks regarding the advisability of such small minors traveling alone.

“He did not arrive at his destination and was alone and confused for four hours at the airport,” he publishes. Timefrom Colombia.

Indeed, the flight left the Colombian capital at 12:50 PM on Friday, April 8, and arrived at Corozal around 2:15 PM. Check-in was done a couple of hours before.

However, when the mother contacted the sister to find out how the little boy had arrived, the surprise was enormous: He never arrived at his destination because the Avianca crew had forgotten him in El Dorado.

“I panicked,” the mother later told the Colombian media. “Then my son called me and told me that he spent hours alone at the airport. That he was alone and very confused, ”said the woman.

In the airline they confirmed that, indeed, they had forgotten the child and that is why he had missed the trip.

According to El Tiempo, the explanation they were given is that “there were many recommended minors” and that was what caused the confusion of the crew.

“I hope this is an opportunity for improvement for all airlines,” said the mother with surprising calm considering what happened. “There should be more caregivers, an amount that responds to the number of children who have paid for the service they offer,” she added judiciously.

Read:  A package with a PlayStation causes panic at the Boston airport due to a bomb threat

According to the Colombian media, they decided that the little boy would no longer travel by plane alone. “One loses confidence in companies,” concluded the mother.

Avianca said it regretted what happened, but clarified that the child was never alone and that they contacted the family to find alternative solutions.

“He was always accompanied by the airline people in the children’s area and then he was handed over to his parents,” Avianca said.

He also said that the airline will take the appropriate actions to prevent this situation from happening again.

Canada adopts Mexican dogs, they are sent by Aeroméxico and the airline resells their seats

Avianca and Sky merge: the marketing behind the new largest low cost in Latin America