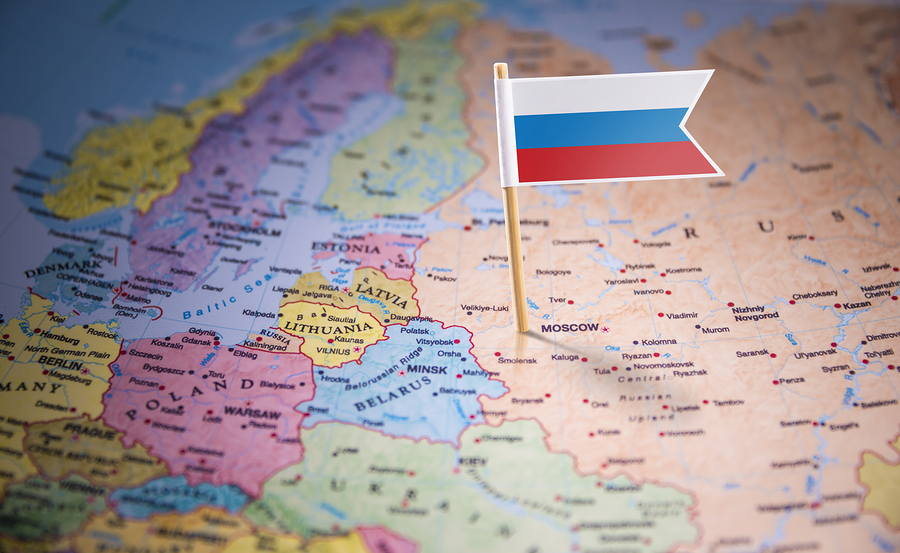 Currently, the list of the most sanctioned countries in the world is already led by Russia, after the recent attacks against Ukraine.

Two weeks have passed since the Russian invasion of Ukraine began, a conflict that has put the entire world on alert, considered one of the most worrying war events in history.

Following the events in the Lugansk and Donetsk regions of Ukraine, Russia became the most sanctioned country in history with a total of 5,581 sanctionswhich, it should be noted, remain in force, according to information from Statista.

In the last two weeks alone, we have seen how various companies from different industries have joined the boycott against Russia as part of a global response that condemns the actions taken by the government led by Vladimir Putin.

In fact, to this day, Russia overtook Iran on the list of the most sanctioned countries in history. The Asian country had 3,616 active sanctions by the United States, the United Nations Organization (UN), the European Union (EU), as well as by Australia, Canada, India and Israel. Today, that number has already been surpassed due to the invasion of Ukraine.

Read:  The United Kingdom conditions withdrawal of punishments to Russia

Syria is now the third most sanctioned country in the world, with a total of 2,608 sanctions stemming from the events surrounding the Syrian civil war since 2011. North Korea, with 2,077 sanctions.

Russia currently has sanctions from countries such as Switzerland, the European Union and France with 568, 516 and 512 restrictions, respectively, a fact that is rooted, of course, in the Russian military attacks on Ukraine.

Countries and companies against Russia

On the other hand, in addition to the sanctions imposed by various countries, more than 300 companies from different industries have decided to leave, either temporarily or permanently, the Russian country, among which Adidas, Google, Disney, Exxon or Volkswagen stand out. to mention a few.

Without a doubt, we are talking about one of the most complex conflicts in history, which is why there is latent concern throughout the world.

Information from the UN says that, until yesterday, around 516 civilians were reported dead and just over 900 injured in Ukraine due to attacks by the Russian military, although the agency estimates that the figure could even be higher.

In the same way, if something has not stopped in the last two weeks, it is the voice of those who demonstrate against the war, being the case of the Russian citizens themselves the ones that have attracted the most attention.

And it is that, in Russia, anyone who opposes the war could spend up to 15 years in prison and, today, it is estimated that there are more than 11,000 detainees for demonstrating against the decisions made by Vladimir Putin and his administration .

Within the long list of those who oppose the conflict, the protests of the daughters of Russian millionaires, who, through their Instagram account and seeing that his assets are being affected by the sanctions imposed on Russia, he has not stopped in opposing the war.