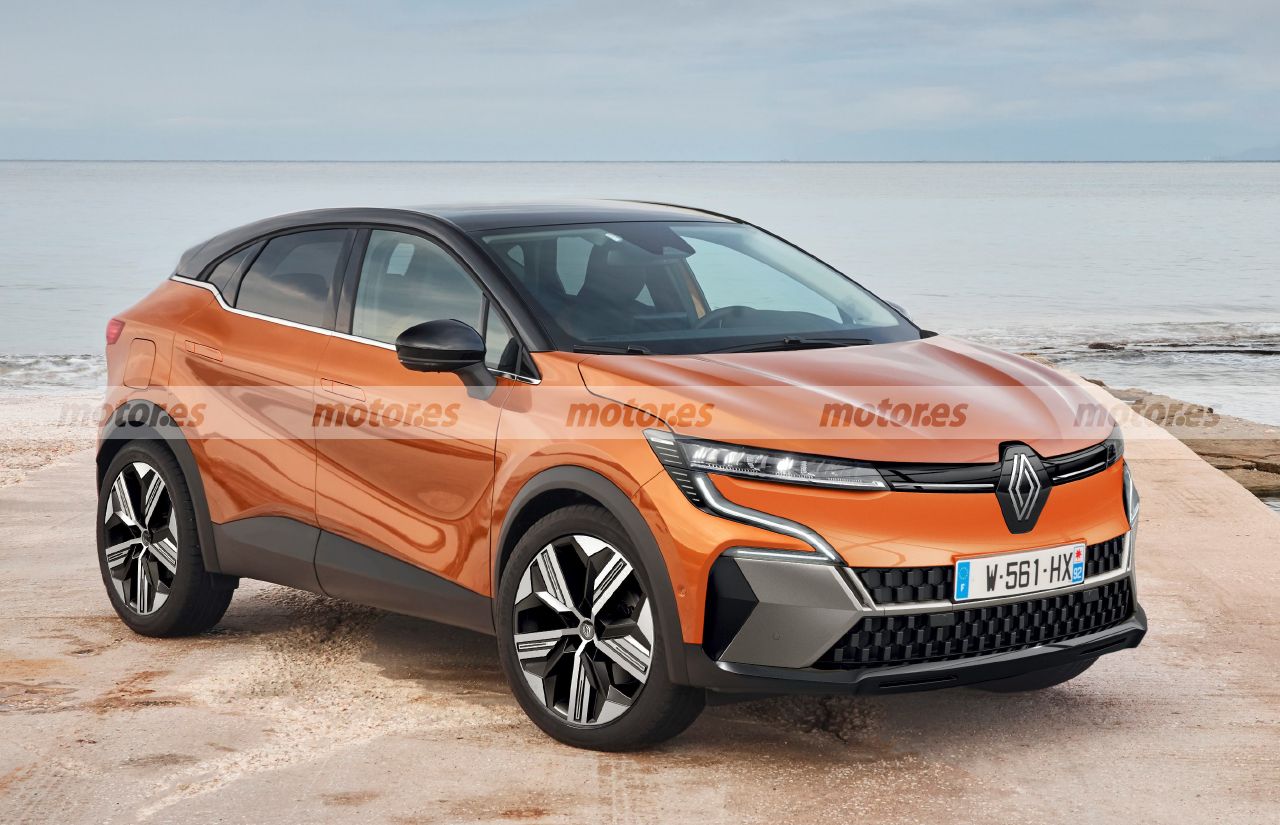 Renault continues preparing the future. The Rombo brand is preparing to launch new models, with more sporty and elegant designs. One of those it has in its portfolio is the Renault Captur Coupé 2024. The Frenchwoman intends to kill two birds with one stone in the middle of the decade, imprinting a special style on the B-SUV and also becoming the replacement for the Arkana.

Luca de Meo has been determined to completely reorganize Renault’s product range. The French brand will see the offer reduced in the coming months, but in return it will introduce new silhouettes in the coming years. The French firm will choose not only to present models with the typology of the best sellers, but will also follow the line of other manufacturers to merge models, although this it is not the object of the relays of the Renault Captur and the most recent Arkana.

Renault does not want to do without either of these two models, but neither does it want to keep both of them, so they have found the balance point; there will be a new Captur but also a completely new model on top that will take over from the Arkana. This future product, which is known internally as “DJB”, at the same time as Renault Captur Coupe 2024, will offer a more sporty and elaborate style as you can see in this recreation exclusive. Those of the Rombo will print the new aesthetic features but will provide an extra cache with special details such as the door handles embedded in the panels.

The slim ‘C’ shaped headlights They will be one of the hallmarks of the future model, giving a more serpentine shape to the “fangs” joining both headlights through a thin dark polycarbonate grille. The new aesthetic identity released in the Mégane E-Tech and Austral will be extended to the rest of the new models. The French are aware that sports bodies with a coupé or fastback design are more than attractive, the Arkana has demonstrated it and they will expand the offer with an option based on the new Austral.

Read:  NIO bets on battery exchange stations (and only them)

And at the bottom too. The Captur Coupé, whose name will be very different, will offer a more captivating and attractive design in a continent just over 4.40 meters long. The French want to tighten the fence between the Captur and the new Renault Austral copying the style of the Germans and the famous Volkswagen T-Roc, which has become a real bestseller and recently updated. A very interesting strategy, but it will not be as cheap as some may already be thinking, because Renault’s idea is to base it on the CMF B/C platform -that of the current Mégane and superiors- instead of the A/B that the current Captur uses and the one that the third generation will also use.

Possibility on which it depends to have all-wheel drive, one more differentiator with the more conventional Captur. To speak of a mechanical plant is, at the very least, too soon, but what we do know is that there will be no diesel and that electrification will be the real standard. The new 1.2-liter turbocharged four-cylinder petrol engine will be the real cornerstone of a whole range marked by electrification and hybridization in different phases. The most basic gasoline options will be equipped with technology 48 Volt MHEV, while the offer will be completed with a hybrid version «E-Tech» and a plug-in hybrid «E-Tech Plug-in Hybrid» as the top of the range, all with a CVT-type automatic gearbox.