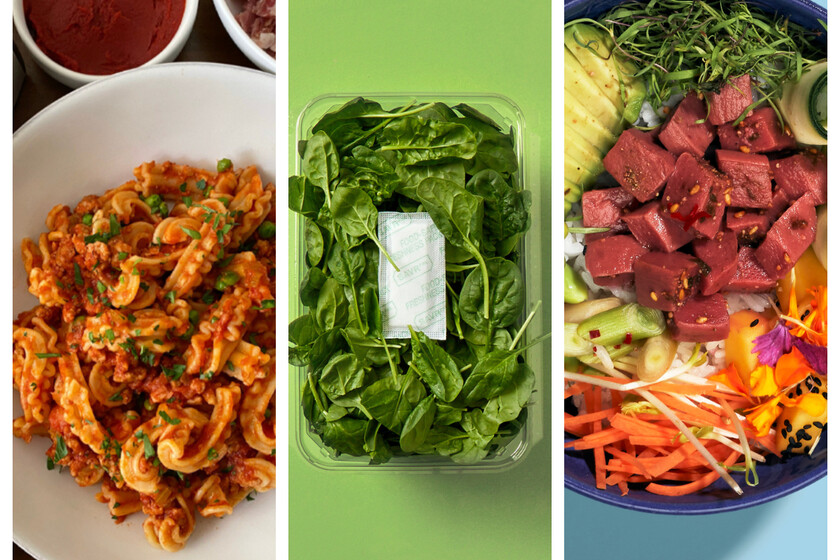 In a post-pandemic year, or pandemic, and with the biological clock ticking of the seas fuming, it could not surprise us that the magazine Time has decided to include among the 100 best ‘inventions’ of the year three elements that are going to give a lot to talk about.

At the moment they have not made the leap from the United States, a paradise for gurus, but do not be surprised that in the next few months (or years, it depends on the skill we give ourselves) come into our lives.

There is everything, the truth. From a tuna plant-based to a new type of pasta, going through an invention to avoid humidity in packaged foods. Come and see.

The vegetables and algae that wanted to be tuna

On the one hand, a bluefin tuna plant-based to demonstrate that there are vegan alternatives to fish (as there are with beef, pork or chicken) that is made from algae, mushrooms and some vegetables such as radish, potato or bamboo itself and that, according to the tasters of Time magazine itself, it looks a lot like real bluefin tuna.

We will have to wait to verify it, but they assure that this alternative maintains iron, vitamin B12 and omega-3 fatty acids that characterize the king of the tuna but without his bad things. We are talking about microplastics or mercury, mainly, in addition to – needless to say – not implying animal suffering.

The company in question is called Kuleana, although the product is being explored by other companies, and he proposes that we give new life to poké, tartares, ceviches, sushi, nigiris and all kinds of dishes that have bluefin tuna in one way or another. Physically it gives the hit, now it only remains that we can taste it and clear up doubts, although we have not seen any hot recipe in their networks.

The end of watery deliveries

In just two years, the world of delivery it has radically changed. We not only have better products at home, leaving behind the universe of Chinese food and usual pizza, but also packaging has evolved as needs have increased.

The cry for help came from many hoteliers who saw how their dishes ended up soft and chewy having to settle for the classic cardboard or polyurethane boxes, which almost instantly turned any type of dish into a soup.

Read:  Is it true that you have to format a Windows 10 PC every year?

To combat this world, the SAVRpak company has created a small bag (similar to the silica gel that we see in shoe boxes) that is placed inside take-out food containers, allowing the excess moisture to be extracted from the containers and thus preventing this condensation from loading the food. According to the magazine Time, the invention is already present in more than 20 countries and in the hands of more than 250 hoteliers.

We’ll see how long it takes to get here.

Choose between spaghetti or macaroni It is a dilemma how to choose who you love the most, if your father or mother, but the reality is that you have to put a third unknown in the equation: the sauce. So much so that we have even dedicated topics in Direct to the Palate which pasta is best for each type of sauce.

A complication that navigates rough waters. On the one hand, that it is able to retain the sauce. On the other hand, keep him having a nice bite. To bring together the best of both worlds, Magazine Time has thrown himself into the arms of cascatelli from the Sfoglini brand, which we could baptize as ‘the definitive pasta’.

The artist behind this curious pasta is Dan Pashman, responsible for the Sporkful podcast, which has a clear criteria on how a pasta should be: salsability, forkability (something we would translate as ‘ability to be poked’) and toothsinkability (which we could translate by palatability).

You don’t have to be a guru like that to know that we want more sauce, not to complicate our lives with cutlery and a good bite. For this, cascatelli are a paste short, slightly wavy and ribbed, as well as somewhat serrated by one of its edges.

The bad news is that they will not ship again for four weeks because they have broken stock and because the price is also a little onerous … Four pounds (less than two kilos) for 20 dollars. Almost na.

CFE TEIT already has its OMV in Mexico; offers recharges from 30 pesos and semi-annual prepaid plans from 400 pesos