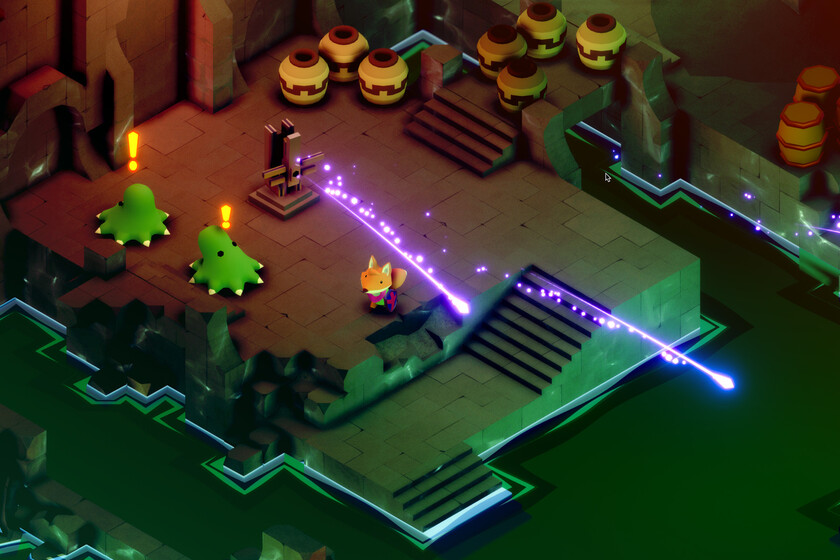 One of the most artistically beautiful games we’ve seen so far this year is Tunic, a nice adventure that reminds us of The Legend of Zelda and that is also inspired by Dark Souls due to its mechanics and difficulty. Beyond all this, if there is something for which it also stands out, it is for its runic language so mysterious.

Numerous messages appear during the game, as well as in its peculiar instruction manual, with an invented language that seems impossible to understand if it weren’t for its drawings that give us some clue. However, the Reddit user Oposdeo is in charge of carrying out a translation of these writings.

As he himself points out, he is dedicated to programming and is not a linguist, in addition to having only killed a couple of final bosses. Still, that hasn’t stopped him from reaching decipher vowels, consonants and grammatical structure of this cryptic language:

Reading the pages usually provides good lore, as well as more concrete explanations of what the images hint at. You don’t normally learn much more in terms of gameplay, but you can definitely discover things much sooner than you otherwise would, understand the game better, and find some cool secrets.

In the same publication he has left us with the following image in which you can see impressive research work he has made so far, indicating in passing that, of the 44 English phonemes that exist, there are two that are not used.

In this way, the next time you are stuck without knowing what to do, perhaps the unofficial translation of Oposdeo can help you. In any case, venturing into the unknown also has its magic with this magical indie that you have available for PC through Steam, GOG and the Epic Games Store, and for Xbox One, Xbox Series X/S and Xbox Game Pass in its version for consoles.